Online Extra: The Stud's closure ends an era, for now 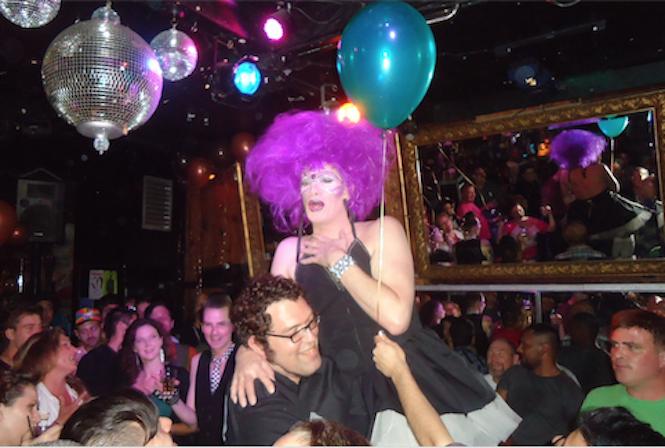 The Stud is dead, but long live The Stud. The historic bar's collective owners are leaving the current location, planning a possible future, and a fabulous funeral.

That was the message at a May 21 online press conference hosted by Stud Collective members Honey Mahogany, VivvyAnne Forevermore, Rachel Ryan and others who kept the historic bar alive since 2016 when they formed a group effort to sustain the popular South of Market nightclub.

But the abrupt announcement of the bar's closure shocked patrons and fans.

"Because of a lack of revenue due to the COVID-19 pandemic, the historic bar will be announcing that they are permanently closing their location and will be holding a drag funeral to honor the end of an era of LGBT nightlife," said Mahogany in a May 20 press statement.

To celebrate the bar's many decades at 399 Ninth Street, and its earlier iteration on Folsom Street, an online drag funeral will take place May 31st at 6pm, with Twitch links available on the bar's website, www.StudSF.com

Stud Collective member and 48Hills Publisher Marke Bieschke, in his essay, wrote about the closure as a preserving measure for a future version.

"The Stud, the nightlife entity, is not dead. We're still going to come back when this is over, a different space with the same lovingly outrageous vibe. But for now, what else can we do? Like other bars and businesses, we must still keep paying rent indefinitely while being unable to bring in revenue. Loans and grants pretty much go directly to landlords and utilities, who are the true government-subsidized businesses here, in an arduous, arcane process that looks more and more like a bizarre money-laundering scheme."

Hopes for finding a new venue remain that, a hope. At the Zoom press conference hosted on May 21, Mahogany said, "There is no plan to move it to another venue. We have no contract in hand, but we have retained the bar license. We are dedicated to the family that The Stud has created over the years. We plan to find a forever home. But this is the end of an era." 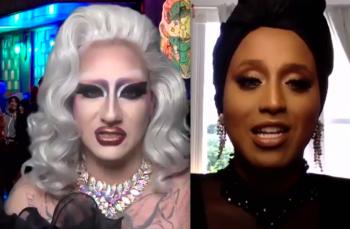 VivvyAnne ForeverMore and Honey Mahogany in the online press conference

"It's a great loss for us," said VivvyAnne ForeverMore of The Stud's closure. "Until then, we are going to be a virtual home on our Twitch channel. When we purchased The Stud three years ago, it was really unlikely that 18 strong-minded individuals could buy a bar and keep it open. It was a risk. The idea that we take another impossible risk is a dream, but we are stewards of this legacy."

VivvyAnne added that their daily rent was almost $450 a day.

Supervisor Matt Haney offered his support in the press conference.

"There was a feeling of warmth and culture at The Stud, and of a community that must return," he said. "This cannot be the end of The Stud. I will do everything in my power to make sure The Stud returns. We will find a new location, change any zoning rules and address any barriers. Small businesses have been struggling to survive even before COVID-19. It's not only attacking our health, but our culture and our identity. Whatever we can do as a city government, we need to do."

Sen. Scott Weiner also participated in the Zoom chat, saying, "I know this collective is going to get it together. As a gay man, this is personal for me. In the LGBTQ community, nightlife means so much. It's where we bind our community. So many people have gone to nightlife venues to find their community. Many of our nightlife venues have been under pressure for many years. But what is amazing are our bars and clubs that are still here. They found a way to survive."

Weiner referenced Hole in the Wall and the SF Eagle, as well as the development of Oasis.

"Time and again, this community has come together to create new spaces. We have fight to prevent a mass extinction event of nightlife venues."

Weiner mentioned ideas to make more negotiable rent options, changing regulations for bars, including a possible 4AM closing time, legislation that he had already sponsored.

What will a new Stud bar cost, considering leasing, construction and other expenses? Mahogany said, "It's upwards of half a million, $700,000 to a million is what we're looking at."

How those funds could be raised remains a problem, despite several fundraisers having kept the bar and staff paid until just before the citywide mandated closure of bars. 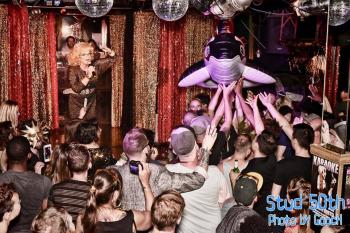 A wild 50th anniversary party at The Stud. photo: Gooch

Legacy nightlife
According to Preserving LGBT Historic Sites in California, "The Stud was founded in 1966 in a space at the corner of Folsom and Norfolk streets. At that location, it was home to a gay hippie scene and was a favorite of queer artists, musicians and culture-makers, including gay poet Thom Gunn. The club hosted DJ dancing, presented art shows and sponsored live performers. Among the singers who appeared were blues, soul and R&B star Etta James (1938—2012) and disco diva Sylvester (1947—1988).

"Music acts made history at the Stud, particularly in its first location. Etta James was known for the bawdy shows she performed. The queen of San Francisco's disco scene Sylvester sang to packed dance floors. Patrick Cowley, the now famous electronic music pioneer recorded an album at the Stud. At the 9th Street location, members of the Scissor Sisters and Lady Gaga did drag numbers, and thousands of musicians and DJs performed their first shows there."

Among the many iconic nights were those hosted by Heklina.

"My memories of my Stud years will always be my fondest memories of San Francisco," said Heklina in a written statement. "The Stud welcomed me into its fold in 1995. I began there first in coat-check, then as a doorman, then a barback, then a bartender, then finally as hostess and creator of Trannyshack. The Stud was the only place where that could have happened, at that time, because the Stud welcomed everyone and allowed everyone to thrive. I owe so much to the Stud. It will be deeply missed." 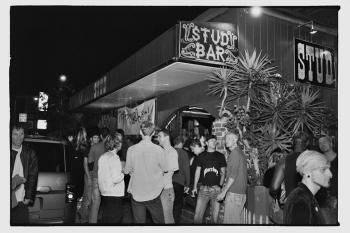 The Bay Area Reporter ran ads and articles about The Stud from its earliest published issues in the 1970s. The B.A.R. moved to its location next door to The Stud in 1988. Over that time, the two businesses enjoyed a sometimes symbiotic relationship, including the bar hosting the 2010 premiere issue party for the paper's spin-off then-monthly BARtab, with Bob Mould DJing.

As noted on Facebook by Bootie Mash-up DJ Adriana A. Roberts, "My first gig there was in 1995, singing Go-Go's covers in a band with Deena Davenport," wrote Roberts.

"I performed at Heklina's Trannyshack a bunch of times between 1996-2008, eventually becoming the resident DJ during its last two years there. I was also a resident DJ at a gay electroclash club in 2003 called Cheap Trick, and the following year I threw a weekly Friday night party for nine months called Guilty with Deidre Roberts, Suppositori Spelling, and Anthony Lymon.

"For 13 years, I worked literally right above the bar which used to be the offices of the Bay Area Reporter. I would rehearse my Trannyshack numbers in my office, then walk downstairs to perform at the club! Or I'd just drop in for a nightcap if I was working late."

Many other performers and patrons have shared photos and memories of their part in the bar's illustrious eras, including some on the bar's Facebook page.

The May 31 6pm drag funeral, in recorded and live segments, will be, according to Forevermore, "an epic show, with eulogies, remembrances and performances. Jinkx Monsoon, Alaska, Juanita MORE, The Sisters of Perpetual Indulgence and Peaches Christ will join us. I wanna see people dressed in black, with rhinestones, pearls!"

View the Zoom chat, keep up with fundraisers and online events at https://www.studsf.com/

(A few of our many previous features about The Stud:)
Live from the Stud! - Etta James, Sylvester and more - when live music first ruled Folsom Street
Stud Savers: Legendary Bar Gets A Collective Bailout
Stud, Castro Country Club get legacy status
Still Studly: the bar's 45th anniversary
Political Notebook: Show's closure is a drag
Guest Opinion: A grand experiment to save the Stud