The gay genius who gave us Milk and Harris 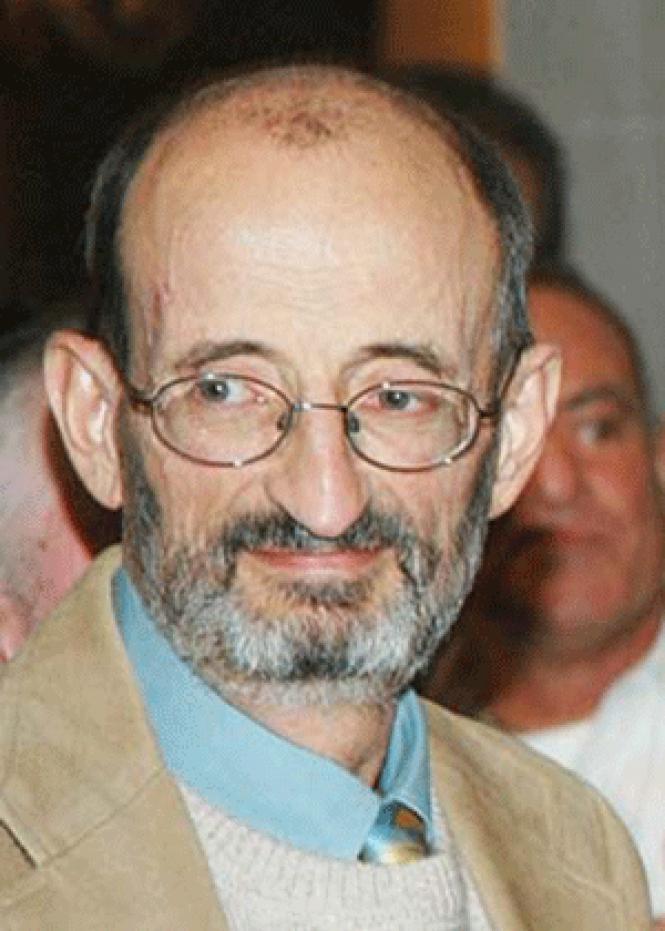 Take a moment and say the name of one more great gay genius lost to history: Jim Rivaldo.

He is gone. But his legacy is still changing the world, and might be about to change even the U.S. Senate.

Rivaldo was the graphics-and-numbers genius behind Harvey Milk's campaign. History's spotlight just missed him, but you can see him skulking around the background in the movie Milk.

As Milk's political consultant, Rivaldo leaves us a great piece of American art: the blue and white "Milk Supervisor/5" sign, from his winning 1977 race.

That sign belongs in the Smithsonian. Artistically, it's perfect â€" a riot of emotions, a restrained but powerful color palette, and a sharp message.

Politically, it's even better. It worked. It changed a neighborhood, and changed a world. It symbolized a movement and a moment.

But then the world changed again. In 1977, Rivaldo and Milk were at the top of the gay freedom revolution. In 1978, that all came crashing down. A homophobe's bullet ripped Milk apart, and ripped up Rivaldo's heart.

"Did you know I designed the first safe-sex brochure in the world?" he asked me one day. He told me this in about the year 2000, when he was my professional mentor, breaking me into politics.

"I think it was 1982. No one knew what to say or do or think; people were dying everywhere. Dying in the streets," he said. "You can't understand. We talked to some people at SF General and made a brochure. It was wrong about a lot â€" but at least we were trying."

"Do you still have it?" I asked. "Right here," he answered, patting his trusty computer.

Rivaldo kept trying like that, and working away, and being a quiet genius, throughout the heartbreak of the 1980s. In the 1990s, he helped push the LGBT movement into the mainstream, demanding the rest of California accept what we accomplished in San Francisco. He helped set a template for the nation to accept us, as well.

This isn't a history lesson. Rivaldo has been on my mind because of what is happening in the world today. What would he think about marriage, Orlando, and the just-announced USS Harvey Milk?

In 2003, Rivaldo consulted on his final campaign before passing away, far too early, a few years later in 2007. His client was on her first campaign â€" a young, progressive criminal justice reformer named Kamala Harris, who was looking to take out an entrenched incumbent.

Now, 13 years later, she is looking to bring a fresh voice from California to a U.S. Senate that badly needs one.

I didn't know about Harris, and one day I called Rivaldo up and told him I wasn't so sure about the campaign he was advising. It was during the Iraq War protests, and I wanted a district attorney who wouldn't prosecute peace activists.

Rivaldo roared down the phone at me: "You have to vote for Kamala Harris. She grew up marching at civil rights protests. She is one of us. She will ALWAYS stand with the gay community, because she comes from it."

It took me back. It was quite a change from a gentle soul who had been described as the "Mr. Rogers" of the gay liberation movement. Rivaldo went to work every day by slipping on his cardigan and slippers, and settling behind his keyboard to help the world. And here he was hollering at me.

I threw my hands up and promised to vote for Harris for San Francisco district attorney.

And I've been thinking of that moment again and again recently. What would the gay liberationists make of this moment? Of the danger we as a people face from violence, and religion, and hatred, and politics?

I know what Rivaldo, at least, would say. He would say that California's gay community needs to send one of our own to the U.S. Senate. We need someone who understands that homophobia might kill us all, and will swear to protect and defend us from our haters.

And that's Harris. She is one of us. The young people murdered in Orlando? I know that, like us, she took that personally. The kids of same-sex parents who got hurt by marriage inequality? She knows those kids, and caused the Supreme Court to consider them in marriage rulings. The brutal lies of "conversion therapy" and "gay panic defense?" She knows they are dangerous and has taken action to toss them into history.

Harris is straight, sure â€" and, mazel tov, married her husband, Douglas Emhoff, a couple of years ago.

But she is also a native member of the LGBT community. Harris is gay royalty. She is old-school gay royalty.

And with everything happening today, we need her in the Senate. California's LGBT community needs one of our own in Washington, D.C. We need to be represented.

Harris is our chance.

Shum Preston is a political consultant and political activist who used to work for both Jim Rivaldo and Kamala Harris. Now, and forevermore, he only works for his husband.