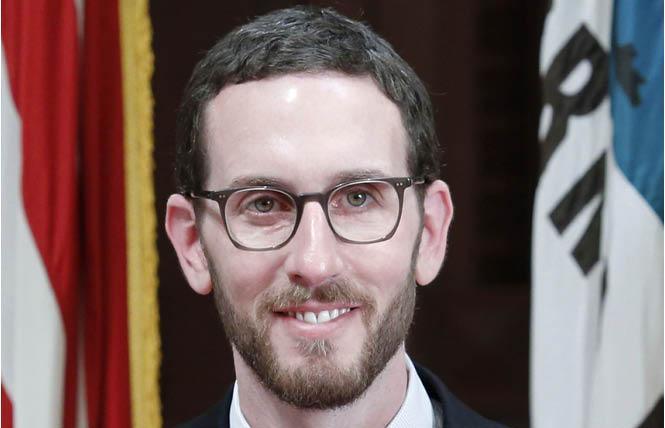 California lawmakers have passed a controversial update aimed at preventing LGBTQ teens from having to register as sex offenders. The policy change had led the bill's author to receive death threats.

Late on Monday, the last day for the state Legislature to adopt bills and send them to Governor Gavin Newsom to sign into law, legislators gave their final approval to Senate Bill 145, authored by gay state Senator Scott Wiener (D-San Francisco). It ensures LGBTQ adolescents are treated the same as their heterosexual peers when faced with the possibility of being listed on the state's sex offender registry.

Assemblywoman Lorena Gonzalez (D-San Diego), chair of the Assembly Appropriations Committee, had held it over from last year in order to address concerns she had with the bill. It resulted in a rare public rebuke from the statewide LGBTQ advocacy organization Equality California, a lead backer of the bill whose leadership dinged Gonzalez on its annual scorecard for state legislators causing her to receive a less than perfect score.

Nonetheless, Gonzalez had pledged to work with Wiener and LGBTQ advocates on moving the legislation forward this year. The delay, however, resulted in Wiener being subjected to online harassment, including anti-Semitic slurs and death threats, that he alleged came from adherents of QAnon conspiracy theories.

"Currently, these youth are forced onto the registry for consensual sex — even if a judge doesn't think it's appropriate — in situations where straight youth are not. This discrimination destroys lives," noted Wiener in a Facebook post about his bills that were adopted this session.

The list includes SB 132, the Transgender Respect, Agency and Dignity Act, which requires incarcerated transgender individuals in the custody of the state's Department of Corrections and Rehabilitation to be classified and housed with other inmates based on the gender identity of their choice. Thus female trans inmates, currently housed in male prisons, could choose to be placed in female prisons.

"For far too long transgender, nonbinary and intersex people have been stripped of their dignity, their sanity, and, for some, their lives behind bars," stated attorney Jen Orthwein, a founding partner at Medina Orthwein LLP, which worked on passing the bill.

Assembly Bill 2218, the Transgender Wellness & Equity Fund, authored by Assemblyman Miguel Santiago (D-Los Angeles), passed the state Senate on Saturday and now heads to Newsom. It initially appeared dead for the year due to its $15 million price tag, as state lawmakers shelved most bills not explicitly related to the state's COVID response.

But after transgender advocates protested, led by the TransLatin@ Coalition in Los Angeles, lawmakers stripped the funding requirement out of the bill and allowed it to move forward.

Also now awaiting Newsom's signature is SB 741 authored by lesbian state Senator Cathleen Galgiani (D-Stockton). It allows transgender Californians to update their marriage certificates and the birth certificates of their children to accurately reflect their legal name and gender, while still protecting their privacy.

Newsom was also sent another bill held over from last year, SB 1255 authored by Senator Lena Gonzalez (D- Long Beach) and the Senate Committee on Insurance. The measure, also known as the Equal Insurance HIV Act, would end insurance companies' ability to deny life and disability income insurance coverage based solely on a person's HIV status.

Should Newsom sign AB 979 then by January 2023 every publicly held corporation in California will need to have a certain number of their board of directors be from underrepresented communities, including people who self-identify as from the LGBTQ community.

Lawmakers also sent to Newsom Wiener's SB 932, which will require state public health officials to track how many LGBTQ people are being infected, hospitalized, and placed in intensive care due to the coronavirus, as well as how many have recovered versus died. Throughout the spring and early summer state health officials were not tracking such data, to the consternation of LGBTQ lawmakers, allies, and advocates since previous legislation the state enacted had required state public health officials to collect sexual orientation and gender identity data.

"This legislative year was hard, given the pandemic, but I'm proud of what we were able to get done," noted Wiener. "Now, we start preparing for next year!"