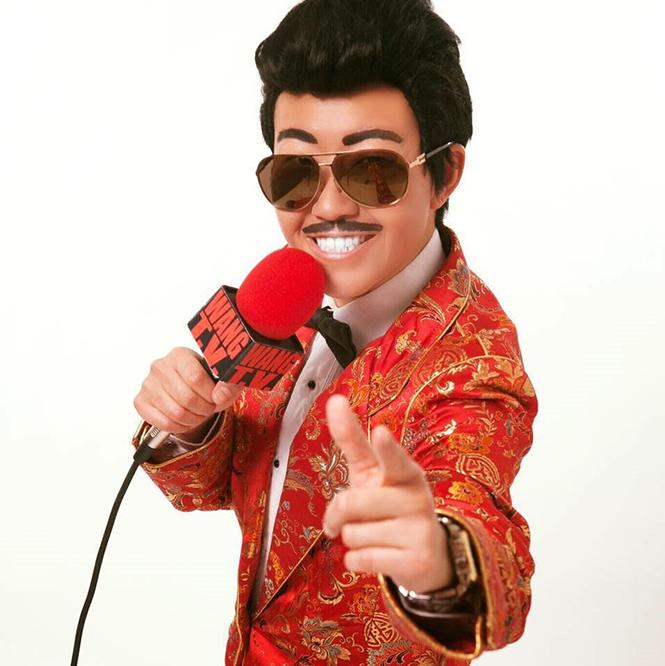 San Francisco's annual Drag King Contest returns to Oasis on August 4 for its 24th year, with a grand celebration of fantasy, thrones and bones. Hosted by drag king extraordinaire Fudgie Frottage and the iconic Sister Roma, Game Of Bones promises to offer plenty of regal, high medieval and bone attire; those who attend in thematic drag will get a discount at the door.

Frottage, who is known out of drag as Lu Read, spoke of the difference between drag king shows and the shows put on by queens.

"Kings like to poke fun at toxic masculinity, so our shows are different from drag queen shows," he said. "I have had many gay and straight guys come up to me after a show raving about how much fun they had, even fans who claim to loathe queen shows. Personally, I think it's just so refreshing for an audience to not hear Top-40 female gay icon song choices, but it could be our animal magnetism. I know that's true for the ladies in the audience. Once RuPaul sees the light and lets a king on Drag Race, the scene will go from underground to mainstream."

Frottage is happy to be celebrating 24 years and notes his "staying power." He's glad, he said, to be part of a supportive community who recognize the fact that he's kept the scene going for all these years. He's also delighted to be working with Sister Roma again, who has co-hosted the drag king contest in years past. 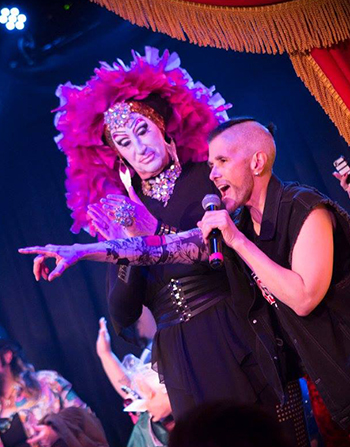 "Sister Roma is a talented, funny, hard working dear friend who I have known forever," said Frottage. "She is a pleasure to work with, a real professional. I adore her."

Frottage promises a fun and exciting evening, noting that many audience members dress up for the show's theme. DJ Junkyard will be spinning some awesome tunes, and since the contest takes place during the dinner hour, Sean Lackey will be serving up delicious grub.

The show begins with Frottage's opening number, on which he'll be accompanied by Hot Fudge Explosion, his backup dancers. This will be followed by special guest and title-holder performances from kings like Madd Dogg 20/20 and Mason Dixon Jars. Will X. Uly, the winner of last year's contest, will also perform a number.

Newton pointed out that the heart for drag is pure self-expression and is not confined by the limits of gender, sexuality, dogma or culture. 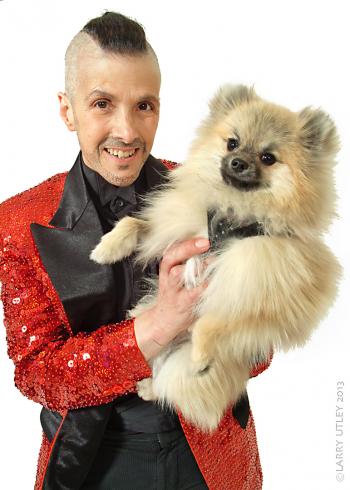 Its all about the PAWS with Drag King Contest producer Fudgie Frottage. photo: Larry Utley

The panel of judges is loaded with star power. Leigh Crow, the artist formerly known as Elvis Herselvis, and cohost of Dandy Drag King Cabaret, will be joined by 2017 Drag King Contest winner El Sevan, and by Arty Fishal, who won the contest way back in 1998. There will also be a special guest judge who will be flying in from New York City: Wang Newton of WangTV fame.

"If I must be honest, my recent inspirations comes from the sacred moments that only happen backstage, onstage and in real life," he said. "The talents I've met are some of the most intriguing beings alive, and the privilege of connecting with beautiful humans in the audience is priceless. These experiences inspire me to continue exchanging the medicine of laughter with all cultures."

Newton added that he considers the 24th Annual Drag King Contest to be a major gig.

"My Wangsexuals already know to expect the usual shenanigans of cheeky innuendo, lace panties waving high, and bad puns," he said. "Yet every major gig I am challenged to do something different and surprising."

Proceeds from the contest will benefit two organizations: PAWS (Pets Are Wonderful Support), which supplies food and medical care to the pets of seniors and people living with disabilities or chronic illness. Rocket Dog Rescue saves dogs from death at overcrowded shelters and finds loving homes for them.

"Animals give us unconditional love and everyone needs that," said Frottage. "PAWS has a long history helping people with AIDS and other debilitating illnesses keep and maintain their companion animals. Rocket Dog Rescue saves dogs from the streets and overcrowded kill shelters and finds loving homes for them. Both organizations have a long history in San Francisco and are run with the support of wonderful employees, most of whom are volunteers."

Frottage said that he was already planning for next year's 25th anniversary contest, and hoped to feature as many kings as possible. But for right now he was focusing his attention on this year's festivities.

"Dress up in some crazy drag and join us at SFDK24," said Frottage, "and submerge yourself in an evening of talented kings and queens who want to love you to the bone!"