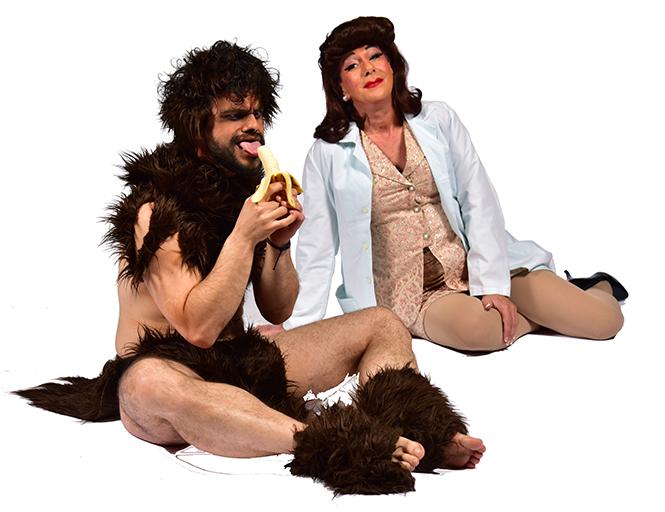 Widely considered to be the worst film in legendary movie star Joan Crawford's filmography, Trog returns to the stage as Trog Live at Oasis in what promises to be both a campy spoof and a reverential homage to the cult classic.

Crawford made Trog, her last theatrical feature, in 1970, when her career was in decline. In this British science fiction chiller, Crawford played Dr. Brockton, a brilliant scientist who discovers the missing link.

Crawford's producer was Herman Cohen, then the king of Poverty Row, whose credits included I Was A Teenage Frankenstein (1957).

In Ryan Murphy's recent miniseries Feud: Bette and Joan, the filming of Trog was presented as a tragedy in Crawford's life, a film she made because she was desperate to work. It was, according to Murphy, a humiliating experience for her.

"She had bills to pay and was a workhorse, so I believe she was okay with making it," said Matthew Martin, who plays Crawford's character in Trog Live. "I know she was disappointed with the title change from Missing Link to Trog, and the final product was not what she hoped it would be. Yet it was a starring role and, star that she was, she was going to play it to the hilt. It would have been sadder had her career ended decades before and had she been a footnote in film. She had staying power and was a box office draw; nothing sad about that."

"I will be embodying the same high stakes seriousness with which she approached the part, which allows for inspired lunacy on stage."

This is not the first time Martin has played Joan Crawford. He has in fact played her numerous times.

"If imitation is the sincerest form of flattery, I have grown up loving and conjuring many leading ladies from the silver screen," he said. "Bette Davis, Crawford, Judy Garland, Katherine Hepburn, Susan Hayward, to name a few, and that has always come from a deep love and respect. I never want to denigrate or mock, but to pay tribute, with a healthy dose of humor." 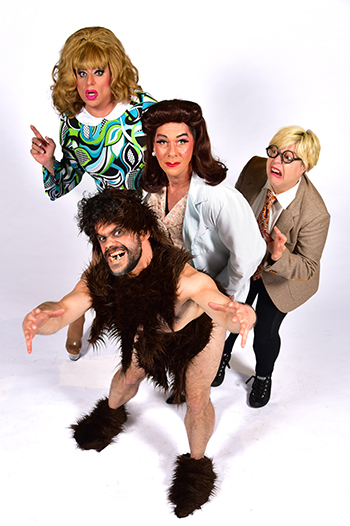 Cindy Goldfield, who is directing, cited working with Martin and producer D'Arcy Drollinger as what draws her to this project.

"Generally, I look to be in a room with good people, making something that will entertain and connect with the audience," she said. "My projects vary all over the map. I am currently also directing Call Me Madam, an old Ethel Merman/Irving Berlin vehicle at 42nd Street Moon. I like to have a chance to really play with my comedy skills here at Oasis. There are not many theaters that do the broad vaudeville old school physical comedy with the style and balls-to-the-wall commitment as Drollinger productions at Oasis. It's fun to come here to play."

Goldfield also spoke of her own take on the project.

"It's definitely a parody, taking from other Joan Crawford films and quoting famous lines, but I think my approach has been to take this piece on its own merit," she said. "D'Arcy and I talk a lot about how comedy is best when it's rooted in honesty. So, although this is a send-up of the film and of other Joan-isms, we still are digging into what the characters are really are trying to do, while all the while playing with the broad comedy."

And even though the stage at Oasis is small, Goldfield promises an elaborate presentation.

"As in most Drollinger/Oasis productions, we will incorporate video, tons of sound effects and music, dancing, crazy props and costumes recreated to look and feel like the film, but the film through the lens of drag," she said. "Those who desire drag performance will not be disappointed."
There might even be a little glamour.

"Head to toe, Crawford never walked out her front door without looking stunning, dazzling star that she was," Martin said. "Whatever trouble she was encountering in her films, she always looked great doing it."