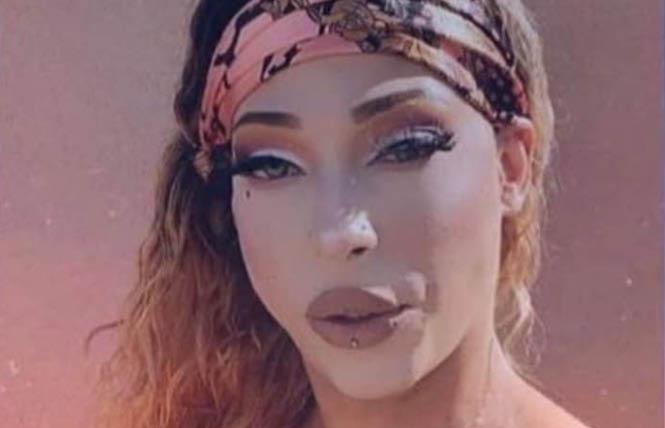 A Union City man will enter a plea June 15 on a charge that he murdered a transgender woman he'd been romantically involved with last week in Milpitas.

Prosecutors allege in a complaint obtained by the B.A.R. that Elijah Cruz Segura, 22, stabbed Lopez to death early April 23. The two had been dating for several months, according to a statement of facts from a detective.

Segura was originally going to be arraigned April 27 at the San Jose Hall of Justice, but Segura's attorney, Peter Johnson, asked for more time to meet with his client, and that request was granted by Santa Clara County Superior Court Judge Vincent J. Chiarello.

On April 29, Segura was formally charged with murder at the Hall of Justice, with Lopez's family in attendance. However, the attorneys in the case need more time to review the case before he enters a plea.

"He was kept in custody with no bail," Wise said. "We're going to wait through discovery and see what happens on the 15th."

In a statement following Segura's April 29 court appearance, Wise wrote that her office will seek justice for the trans community. Lopez is the 16th victim of anti-transgender violence this year in the United States, according to the Project MORE Foundation, a nonprofit service provider to South Bay LGBTQs.

"Our hearts go out to Natalia's family and loved ones, and to the community as a whole for this terrible loss," Wise stated. "Our office is committing to pursuing justice in all cases involving intimate partner violence or violence against transgender and nonbinary people."

A statement of facts by Detective Sergeant Craig Solis, obtained by the B.A.R., gives his account of what happened the morning of April 23, when Milpitas police responded to a 911 call around 2:30 a.m.

Lopez was pronounced dead at a hospital.
Johnson, who is defending Segura, did not respond to multiple requests for comment.

Lopez's family is raising money for support in the aftermath of the killing. The GoFundMe fundraiser had raised $11,300 out of a $22,500 goal as of April 29.

Family members told the B.A.R., through a representative, that they have no statement to make at this time.

Nathan Svoboda, a gay man who is president of the Project MORE Foundation, previously expressed his sorrow that Lopez died at such a young age.

In an April 26 tweet San Jose City Councilwoman Pam Foley, who represents District 9, asked people to check in with their trans friends in light of the news about Lopez.