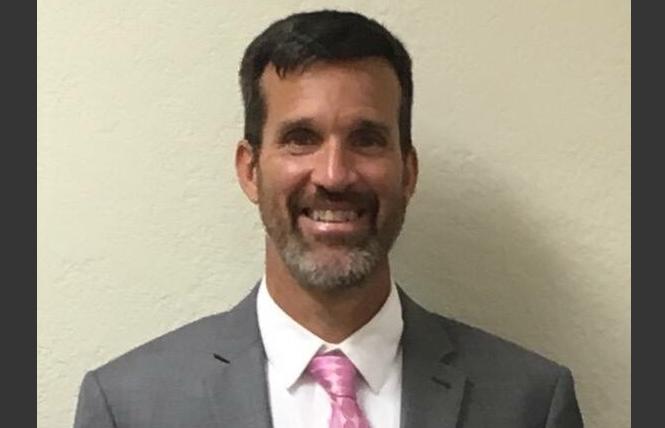 Hepfer, 53, has 20-plus years of experience in community health services. He will be departing from his current role as senior vice president of programs at the Health Trust, a Silicon Valley-based nonprofit that provides support to South Bay residents living with HIV/AIDS, homeless people, children, and others. In that role he led Health Trust's service efforts in HIV/AIDS programming, Meals on Wheels, and community-based chronic disease prevention and management services.

"I feel that this is the right time and the right position and right organization," Hepfer said. "If I was going to make this move to CEO, it really needed to be with an organization whose mission really enticed me."

In the first few months on the job, Hepfer will be learning a lot about the operational side of Project Open Hand, which prepares 2,500 meals a day and 200 bags of groceries for clients in San Francisco and Oakland.

"I'm really excited to get into the operational side of things," he said. "I am amazed at the volume and quality of service Open Hand is able to provide. They provide just under 1 million meals to people every year and I want to learn more about how that really works."

He also looks forward to advancing the work set forth by the organization and Ryle, including "helping advance food as medicine and bring that model to other health conditions outside of HIV." This includes individuals with diabetes, congestive heart failure, and other complex health conditions. Project Open Hand partnered with UCSF on scientific studies, published in 2017, that tracked data of the health benefits associated with food as medicine and it showed the positive relationship with various illnesses and having access to nutritious food.

Founded in 1985, Project Open Hand first began as a grassroots response to the AIDS epidemic in San Francisco. Today, it is a leader in Food is Medicine, a statewide initiative. Former governor Jerry Brown signed legislation in June 2017 that provided $6 million for a three-year medically tailored meals pilot program, a nutrition services coalition project that seeks to save millions in health care costs by providing meals to chronically ill Medi-Cal beneficiaries.

With more than a decade working for one of the largest HIV/AIDS service providers in the Bay Area, Hepfer said his understanding of the HIV/AIDS community will be an asset to Project Open Hand.

Educating local politicians and stakeholders on the effectiveness of Project Open Hand's health care models is also on his agenda.

"I am excited about getting local elected officials and hospitals and medical providers to understand how it's about low-cost health care intervention not just a food security issue. More people need to understand that," he said.

These are just some of the reasons Hepfer was chosen as CEO, said one of Project Open Hand's board members.

"After a comprehensive search process of highly qualified candidates, the board is thrilled to welcome someone with Paul Hepfer's experience to help Project Open Hand reach new heights," said board chair Tim Barabe in a news release. "We are at a critical moment in medical nutrition intervention and, with Paul's leadership, we will continue to advance the Food is Medicine movement across California."

Prior to joining the Health Trust, Hepfer was CEO at Via Services for two years and executive director of Wellness and Education for the Pueblo of Sandia Native American Reservation in New Mexico for eight years.

Hepfer is married and is a donor dad to a set of twins, a boy and a girl, whose mothers are lesbians in Oakland and close friends of Hepfer's. Project Open Hand did not immediately disclose Hepfer's salary to the B.A.R. According to the organization's 2015 Form 990, Ryle earned about $164,000 in salary and benefits. At that time, he was co-leading the agency with another man, who earned about the same amount.