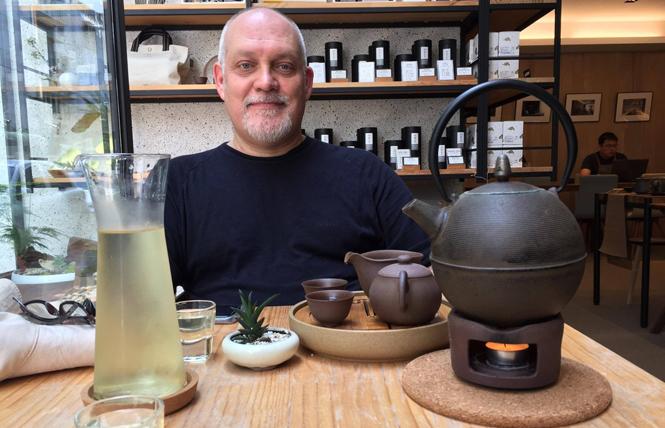 Oakland couple James Erb and Jason Young would love to spill the tea with you.

The pair share fascinating tidbits about the cultivation, processing and preparation of camellia sinensis —the tea plant— at the small educational gatherings that are the keystone of their passion-driven business, American Gongfu.
"Gongfu" often anglicized as "kung fu," refers to a blend of skill, patience and focus applicable to the mastery of both martial and tea-making arts.

"We're experience guys, not 'things' guys," explains Erb, 53. While the partners would be happy to have you shop for loose tea and brewing implements at their online store, they're most excited about "spreading the dharma of tea" in person at in-home or workplace gatherings.

In custom-tailored sessions for four to six participants, the couple lead groups through the brewing and tasting of three to five different teas from their personal collection of more than 80 varieties. This is not your granny's tea party.

Neophytes will be fascinated to learn how water temperatures and steeping times can be varied to get the best out of different teas, how teapots made from different materials effect flavor, and how white, green and black tea can all be made from the exact same plant. 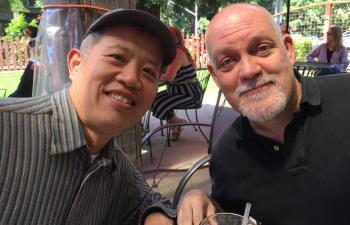 "There's such a social and intellectual aspect to brewing and tasting tea," says Erb, contrasting it to most
Americans' on-the-fly paper cup coffee-drinking habits.

In fact, while the two caffeinated beverages are frequently discussed in tandem, Erb and Young believe that the Bay Area's discerning gastronauts are well-primed to consider tea in another light.

That's not only in regard to consumer education, they point out, but cultivation as well. American Gongfu recently organized a small group trip to Jade Valley, near Nevada City, where several tea farms have begun to take root.

"I don't know that we're ever going to have a Mondavi of tea in California," comments Erb. "But that's not the sort of mass consumption product that's most interesting anyway. There's some really exquisite tea being grown by small growers in the Sierra Foothills."

Eventually, Erb and Young hope to consult with sophisticated restaurateurs interested in offering tea service on par with their wine service.

An avid researcher with an academic background in linguistics, Erb worked in tech before trading IT for tea three years ago. "I wanted to do something that would allow me to travel and develop my language skills."

Young, 49, a landscape architect, was raised in Taiwan, where much of his family still lives.

"Growing up, my generation actually was more into coffee culture than tea," he recalls. "We thought of tea as something a bit old-fashioned."

But over the past decade, tea has seen a resurgence in popularity among younger Taiwanese. During trips to spend time with Young's family, both Young and Erb steeped themselves ever more deeply in the culture of tea and teahouses.

The Taiwanese tea they select on two annual buying trips comes strictly from small growers and finishers with whom they have personal relationships.

"There are no brokers or wholesale middlemen or packaged teas involved," explains Erb. "The only tea we sell is loose tea we've sourced on our own and brew for ourselves at home."

While American Gongfu is a business, the couple don't primarily conceive of themselves as retailers. "This is," Erb says. "A venture in culture building." 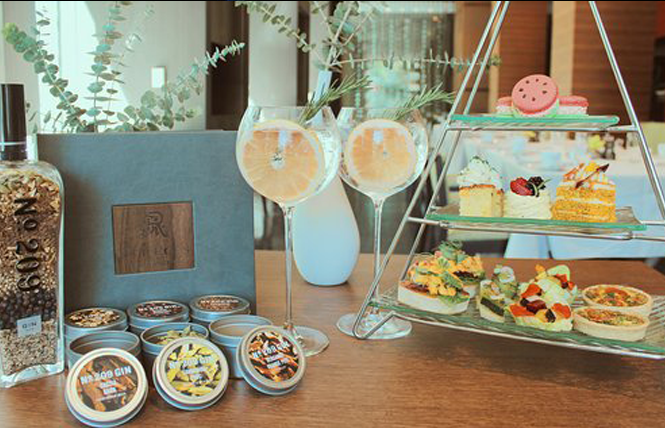 G&Tea at the St. Regis Hotel.

Teatime with Tipples
While American Gongfu is dedicated to sharing the longstanding Asian tea traditions, a newfangled approach to English tea is on offer in the lobby lounge at San Francisco's St. Regis Hotel. Their unique "G&Tea" program —in conjunction with the local ginsmiths from Distillery 209— is ideal for San Francisco autumn afternoons, when it's tough to anticipate whether you'll want a hot drink or a cold one. Might as well do both.

The knowledgeable service staff can help you select teas and herbal infusions that pair particularly well with the botanicals in 209 Gin. The Moroccan Mint green tea and Licorice Spice herbal brew provide nuanced counterpoints to the spirit's citrus-forward flavor, while the Flowery Earl Grey brings out 209's unusual cinnamon finish.

Stop by after a visit to SF MOMA next door for a cup and a cocktail. Or splurge on full high G&Tea service ($80) with small meal's worth of well-paired sweet and savory nibbles, including a Gin Soaked Cucumber Tartine and a Juniper Spiced Pavlova with Elderflower Curd and mint.