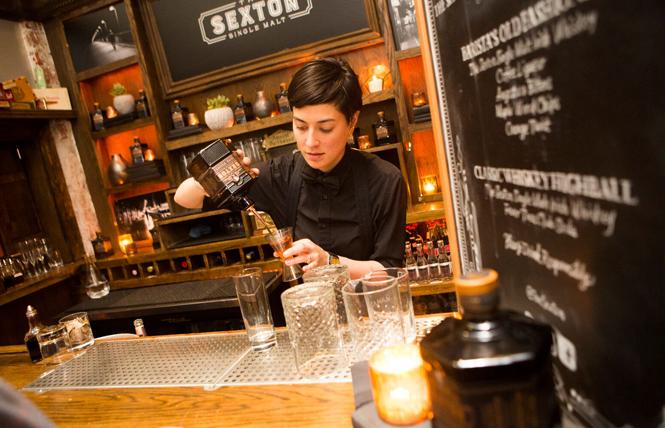 A bartender mixes a cocktail at Sexton.

It's Labor Day weekend, the summer's third and final sanctioned drinking festival. A new bar, a new book, a new bottle, and a new drinking game have all shown up on the BARtab radar in recent days. Please, enjoy one on us. 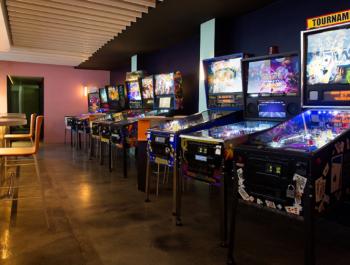 Outer Orbit opens
Calling all Pinheads! Outer Orbit, a pinball-themed bar and casual Hawaiian-cuisine restaurant, opened just last weekend at Mission and Valencia streets. While owners Christian Gainsley and Elisabeth Kohnke welcome families in the early evening hours, they say that even after a week in business, the scene shifts to an adult crowd after 8pm.

Hardcore pinball aficionados themselves, Gainsley and Kohnke have "cherry-picked" favorite machines from a friend's collection and have a partnership with the Pacific Pinball Museum in Alameda. The nine currently installed at Outer Orbit date from a 1971 classic, Zodiac, to a high-tech 2018 limited edition, Total Nuclear Annihilation (Whee!?)

The couple have made the most out of a beer and wine, curating an eclectic line-up of 27 local-focused beers and ciders (15 on tap), including selections from Blue Oak Brewing in San Carlos, North Coast in Fort Bragg, and Bernal Heights' Bare Bottle Brew Co.

They've also rocketed to the top of the low ABV cocktail scene, skipping the usual shochu and sake afterthoughts to hire longtime Skylark vet Michelle Byrnes as a consultant.

"My goal," she says. "Was to make refreshing easy sippers that would still show off the complexity of the small batch old world spirits we're using."
Those would be the likes of Tabacal, originally marketed as an accompaniment to cigar smoking; Cappelleti, a flavor cousin of Aperol and Campari; and Rancio Sec, a roasty nutty barrel-aged spirit.

Like pinball machines, these are rarely found in home bars, creating all the more reason to get out of the house and check out Outer Orbit.
3215 Mission St. (415) 574-6166 www.outerorbitsf.com 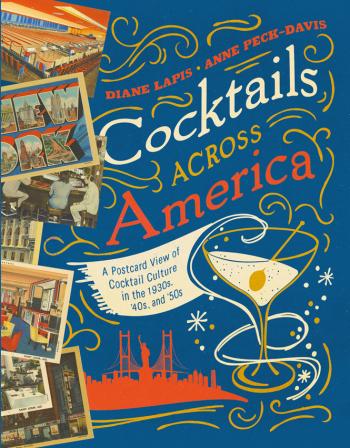 Sampling Cocktails Across America
If you're committed to drinking in your private inner sanctum, at least let your mind go wandering. Cocktails Across America by Diane Lapis and Anne Peck Davis is the perfect companion for armchair imbibing. The book is a whistle-wetting whistle-stop tour of classic post-Prohibition Americana; featuring boozy historical lore and drink recipes, illustrated with vintage postcards from the 1920s-1940s that depict the hotels, nightclubs and railroad trains that were the source of many a signature cocktail.

Chicago's Ladner Brothers bar famously served up Cohasset Punch, which involved an entire canned peach half nestled at the bottom of a flat champagne glass at topped with a scary-sounding mixture of rum and vermouth. Said their publicity materials: "It braces one's nervous system and physical system like a new elixir of life."

The histories of New Orleans staples the Sazerac and Ramos Gin Fizz are accompanied with classic images of The Roosevelt Hotel and its opulent Blue Room bar, created around the same time as the cocktails themselves. Here's to libations and libraries both!
Cocktails Across America (Countryman Press), $24.95. www.countrymanpress.com

Single malt ... Irish?
Local speakeasy shrine Bourbon and Branch recently hosted the San Francisco launch of a new Irish whiskey, The Sexton Single Malt. For aesthetic and economic reasons as well as top-notch drinkability, this smooth, complex booze deserves a place on home bars. It's a four-year-old single malt aged in sherry barrels, which gives it a smooth, caramelly finish.

The two most surprising aspects of this tipple are its package and its price tag. The Sexton comes in a hard-to-resist hexagonal black glass bottle with a nifty top-hatted skull on the label (Do Deadheads like single malts?). With its premium look and premium taste, one would expect a premium price. But The Sexton can (and deserves to) be found at local retailers for between $25 and $30. www.thesexton.com

A swinging new party game
The word 'smashed' is oh-so-appropriate for the drinking game of the year: Nipyata, a piñata loaded with unbreakable plastic mini bottles of booze (nips). A quick trip to Mission Street can yield everything you need (This is screaming for a Trump piñata), but if you never leave home to shop anymore, there's an online store to help. Choose from a selection of piñata designs-including millennial-targeted giant tacos and handlebar moustaches-and then select your favorite brands of booze from a short selection. Hit hard, then party hard. www.nipyata.com