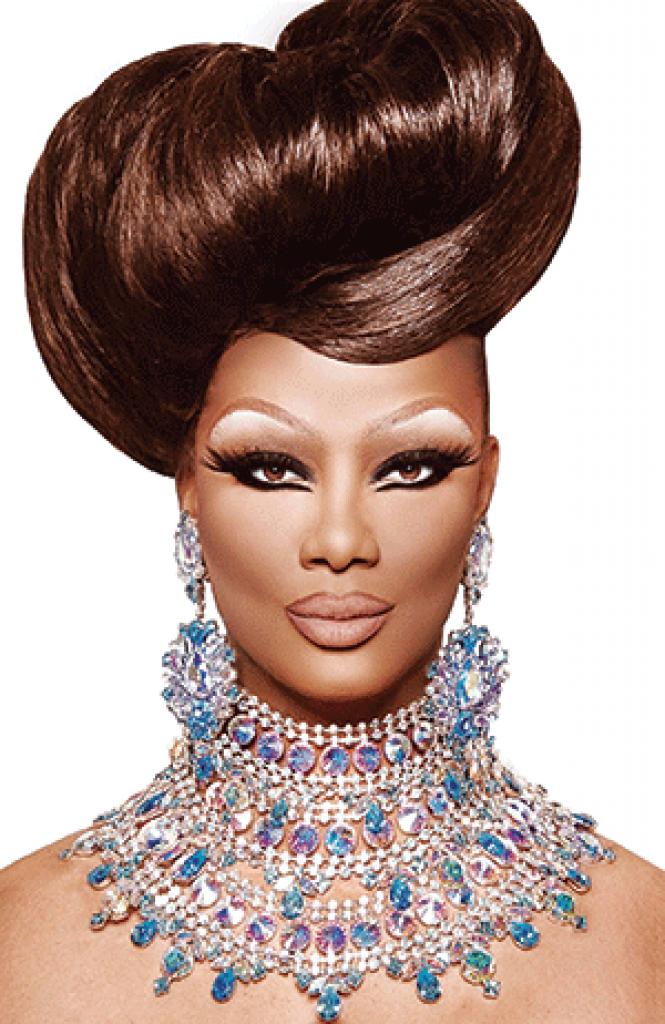 Mercedez Munro, Miss Gay San Francisco, Miss Gay California, and Miss Gay United States, is the first drag queen to hold all three titles in the history of drag pageants and the first-ever in California to hold a national title.

He grew up in Kalamazoo, Michigan where he attended Loy Norrix High School. The trained theatre actor's interests shifted to drag, which gave him an outlet to embrace both his masculine and feminine sides.

"I started doing drag while I was still in high school, actually," Haley said. "It was the fall of 1987 that I first put on my first pair of kitten heels ... and sashayed my way into Brothers Beta Club for amateur night."

Haley, 44, adapted the personality of Mercedez Munro as his alter ego and used the name as a drag name for himself.

"Acting all of my life, I look at Mercedez Munro as a character that I am blessed to play, whose personality adapts and changes with the times," he said. "I love entertaining and by embracing the illusion of Mercedez, it allows me to do just that. I am her ... she is me."

After winning many titles in Michigan he was looking for a challenge. Haley took a long break from performing, from 1996 to 2006, but in 2006 he won the Miss Gay San Francisco title. He's been doing it ever since.

Haley's attention to detail comes from his theatrical background, which taught him to rehearse over and over to achieve perfection.

"I've also never been the type of person to do a contest just for the thrill. I have to plan it out and execute it sharply," he said.

"At the time, I knew he did drag but had never seen him perform." Uetz said. "It was a while later before I actually saw him perform and met Mercedez.

"Throughout my life I've known lots of drag queens," Uetz said, "but never really paid much attention to them or the drag community because I felt they were all a little exclusionary and, frankly, a little bitchy. Mind you, I grew up in Austin, Texas, so the drag community there might be different."

In addition to doing drag and a full-time job, Haley plays softball and coaches two gay softball teams and has taken his teams to the gay World Series three times. He is believed to be the only drag queen in San Francisco that also coaches sports teams.

"What lit a fire under my butt was that, in the history of national pageantry going back to 1974, never has one drag queen in the entire state of California won any national pageant," Haley said.

Amelia D. Ross, aka Amelia Munro, has known Haley for a year and remembers doing a show with Haley.

"She walked in all dolled up and I was like umm OK ... and we shared a moment," Ross said. "On New Year's I became Haley's daughter ... and the rest is history."

Ross believes that everything his drag mom (Haley) has achieved was by God.

"She truly is an inspiration, not only to the Munro family but, to all," Ross said. "She tries to set examples for all. And everything she does is to help the community."

Haley said that he is "currently in down season but many of the kids in my house, La Maison de Munro, are competing for titles. My drag daughter, Ruby Red Munro, is competing for Miss Gay San Francisco. My granddaughter Ibiza Munro â€" also my best friend and Beatfish Productions business partner â€" is running for Golden State."

His other drag daughter, Paju Munro, who is the crown princess in the house, is running for Miss Gay California, the same title that Haley took to nationals.

"I'm trying to get my family together and get them to achieve their goals as well, and next year, I'm going for something nationally again," Haley said.