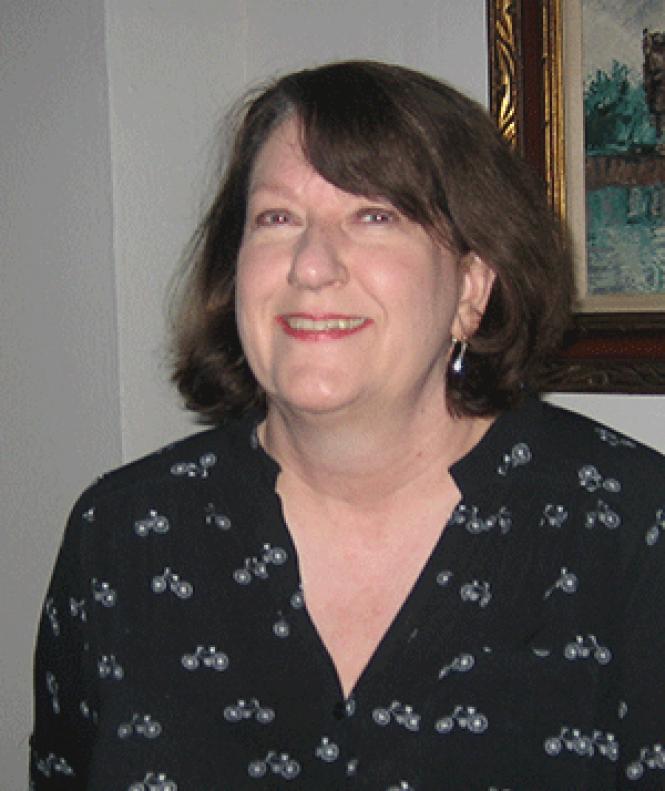 Like many volunteers, it was personal for Joanie Juster, very personal.

Having worked in theater and cabaret, in the early 1980s, her close friend, David Percival, a gay man who was a lighting designer whom she had met working at ACT, had gotten his first big gig at the Houston Grand Opera.

"They were at tech rehearsals when he collapsed," Juster said. "He was dead of AIDS three days later. I never got to say goodbye. He was suddenly gone. I didn't even have a photograph of him."

It was non-stop loss with other friends and co-workers dying in greater numbers.

"If you saw someone and then didn't see him again within a month, you just assumed he was dead," Juster said.

Her best friend D.W., or Hot Stuff, called her in 1987 with the news he had pneumonia, "a code word for I will be dead soon," Juster recalled. He was going home to Kansas to die. Juster helped him pack, but before he left, she invited him to meet her Bay Area relatives at her uncle's birthday party.

"I brought this flaming gay man with AIDS and I told my family he's OK, please accept him," Juster said, "and they did."

Recognized for her years of volunteer work in the HIV/AIDS and LGBT communities, Juster, 63, will receive this year's Heritage of Pride, 10 Years of Service Award from the San Francisco LGBT Pride Celebration Committee.

By 1988, Juster was a mess, inundated with unending grief.

"The whole city was on edge. Death was everywhere," she recalled.

A friend of hers was a Shanti Project volunteer and she said if anyone needed a Shanti volunteer it was Juster.

"My friends were involved in their own grief and didn't want to listen to my barrage of sadness," she said. "So I was given a fabulous former nun who just listened. She helped me heal and said the next step in getting out from under my grief was to help others and volunteer."

Juster couldn't quite handle the intensity of Shanti, but she could sew. She had been aware of the AIDS Memorial Quilt and knew it was heading for a full display in Washington, D.C. in 1988. She had decided to make a quilt panel for Percival and was sewing madly until right before the midnight deadline. She arrived two minutes after 12 and was standing there crying outside the closed doors when someone let her in.

"I saw the huge number of FedEx boxes holding quilts and I could tell they needed help. So I asked, what can I do? They pointed to a sewing machine. I hung out till 2 a.m. and for the next four nights after work, I stitched," Juster said. "I soon felt a pair of hands massaging my shoulders saying, 'Thank you for staying late.' It was Cleve Jones! I was hooked."

Jones didn't respond to a request for comment by press time.

Through the support of gay friends, Juster was able to go to Washington and become a quilt monitor, which meant "providing grief support and Kleenex. Once you do that, you are part of the quilt for life."

Eventually she would coordinate readers for the names of all the people who had died, a huge logistical and organizational chore, prior to the internet.

Around 1990, Juster decided it was time to become a practical volunteer for Shanti, taking the intense weekend training, to provide nonjudgmental compassionate support, which she found life changing. Her very first client died the day after she met him, though she became good friends with subsequent clients, one of whom asked if she could rub his feet, "as no one would touch him as he had KS lesions all over his body, which I was happy to do," Juster said, referring to Kaposi's sarcoma, which affected many AIDS patients back then.

"I knew this scenario was being played out thousands of times with PWAs being treated as pariahs due to unrealistic fears," said Juster. "Some of the early quilt panels only had a first name due to the stigma."

She would also get involved with the AIDS Emergency Fund, eventually serving on the board and then as a team coordinator for the AIDS Walk. Her philosophy about volunteering is simple: "We can all pitch in; every little bit helps, and together we can make a huge difference."

Juster stressed that her work is not just about AIDS and providing comfort, but supporting the LGBT community as a straight ally, with her husband, Mark Mitchell, being her anchor. She fought for marriage equality and transgender rights, believing people fear what they do not know.

"The more you see other people, the more they become part of the fabric of your life," she said. "Part of my mission is to help with visibility."

The common thread connecting her volunteer experiences, which she ties into this year's Pride theme of "For Racial and Economic Justice," is treating all people equally and with dignity under the law.

"Remember Atticus Finch in To Kill A Mockingbird , who treats everyone with common decency. If we all dealt with each other like that, wouldn't things be better?" she said.

Juster said that she was shocked when she heard she had received the Heritage of Pride 10 Years of Service award.

"I'm just a volunteer behind the scenes, not the executive head or founder of an agency. There are countless numbers of us, so why me?" she asked. "I've decided to accept this award on behalf of every volunteer who came early and stayed late. This award has given me a platform I've never had before and I better learn how to use my voice for good, by encouraging everyone to volunteer and straight people to speak up for gay rights."

Juster then gently apologized that she needed to take a nap, as she was participating in the Out of the Darkness Overnight Walk for suicide prevention.