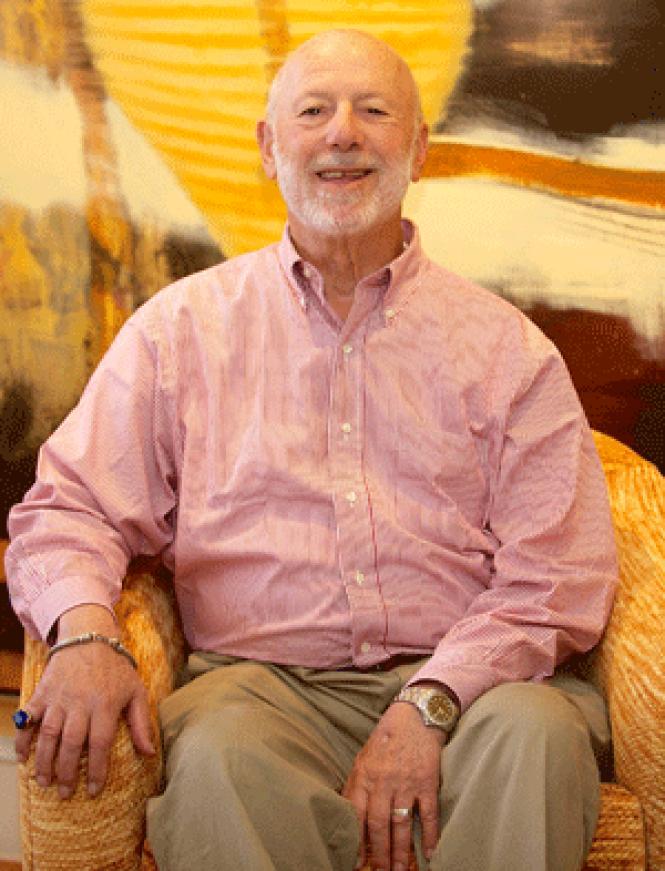 Alvin "Al" Baum's life story reads as a meandering course of happy accidents and curiosity. He's enjoyed three high-profile careers and found the time to serve on numerous boards and advisory committees of some of San Francisco's most prominent organizations.

In the late 1990s, Baum created the Alvin H. Baum Endowment Fund at Jewish Family and Children's Services of San Francisco. The fund supports a number of programs including health education, according to the JFCS.

Some might envy Baum, an 82-year-old gay Jewish man, and his accomplishments. It's also surprising that he's only received half a dozen awards over the years, including being named Lifetime Achievement grand marshal in this year's LGBT Pride parade.

Yet, he is humbled by the honor and somewhat in awe. When he found out that he was receiving the award from the San Francisco LGBT Pride Celebration Committee, he sort of downplayed it, questioning "Why me?" and telling friends he was receiving the honor for being around for so long, he told the Bay Area Reporter.

He's still baffled a bit by it, but in his true spirit he's slowly accepting the honor.

"I just did what seemed to me what I could do or should do," said Baum, about his storied career as an activist and philanthropist working on LGBT rights, Jewish causes, local politics, and much more.

He is, however, proud to follow last year's honoree, former Mayor Willie Brown, in the line of Lifetime Achievement awardees.

"I follow in the immediate footsteps of Mayor Willie Brown, which is great shoes to follow in," said Baum. "I couldn't be happier. I hope the 30th is a good day for marching."

Baum will be joined by his partner of nearly a decade, Robert Holgate, a 55-year-old gay man who is an interior designer and a philanthropist too, as well as friends, as his car slowly drives down Market Street.

"It will feel wonderful," he said about being acknowledged by the thousands of paradegoers lining the city's main street. "Whenever you have a crowd that is happy and is celebrating something, it's a transforming experience. [Parades] are always uplifting. There is a spirit that runs through a crowd that is very exciting."

Baum is being honored for more than five decades in community service as an activist and philanthropist. The San Francisco community leader still attends events regularly and donates to causes in which he believes.

Born and raised in Highland Park, a suburb of Chicago, Baum discovered his Jewishness serving in the military in Germany in the 1950s. A secular Jew, he attended Shabbat services for the first time in his life to escape boredom. He found a profound connection that manifested throughout his life, mostly with the coming together of LGBT Jews with the Gay and Lesbian Task Force of the Jewish Community Federation of San Francisco in 1996. (The group later became the LGBT Jewish Alliance at the JCF in 2001.)

"It felt like an achievement," said Baum about merging his gay and Jewish identity. He became a member of Congregation Sha'ar Zahav, the city's LGBT synagogue.

Baum wasn't concerned about changes in the organization that he founded and that was pivotal in his life, he said.

"I think some people expected me to be very troubled by the changes, but I wasn't," said Baum. "The real question is if the federation continues to care about the LGBTs and it's obvious to any unbiased person, yes, they do still care."

After his time in the military, Baum moved to San Francisco. He began his public service career in 1962 working as a city planner. He went to law school, became an attorney, and then later returned to school to earn a master's in social work. He's had careers as an attorney, psychotherapist, and real estate investor.

For many years, Baum kept the pieces of his life separate. Just as he evolved into his Jewish identity, he took his time realizing his gay identity, coming out when he was 45.

By that time the Compton Cafeteria and Stonewall riots happened and the gay liberation movement was exploding into U.S. consciousness.

Baum came out to himself in 1971, but it took another four years before he began engaging fully as an out gay man.

"I didn't really come out publicly until I was 45 years old and that happened gradually and largely because the world changed," said Baum, who was inspired by his friend, the late Jim Foster, who was the first openly gay man to address a Democratic National Convention, and the energy of the gay liberation movement.

It happened during an interview for an article about the Lavender University, a continuing education institute, in the San Francisco Chronicle. An interviewee didn't show up and Baum took his place and was quoted in the article.

"After that it just seemed natural to participate in the gay community and I did," said Baum.

He found himself recruited as an out gay man for the boards of the Jewish Family and Children Services of San Francisco, JCF, and the Fine Arts Museums of San Francisco. He also served on the boards of the American Civil Liberties Union of Northern California, Lambda Legal Defense and Education Fund, the former New Leaf: Services for Our Community, and was the founding member of the New Israel Fund, among other organizations.

Today, he is very active as a supporter of Openhouse, the LGBT senior organization.

"Al's role in Openhouse has been inspirational," said Marcy Adelman, Ph.D., founder of the organization. "It takes a very special community leader willing to nurture a grassroots organization with no money and no experience."

"He is fearless, wise, and one hell of a great friend," she added.

Baum is heartened by the advancements made by the LGBT community in nearly 45 years, particularly recently.

"The changes that have occurred within the past two or three years are beyond what anybody thought would happen," said Baum, referring to the fight for marriage equality and the Supreme Court cases. Advances have also been made in the treatment for HIV/AIDS, and the disease is no longer a death sentence.

"We are on the road to the next generation," said Baum. "Being gay will be a variant, but not something that is looked down upon."