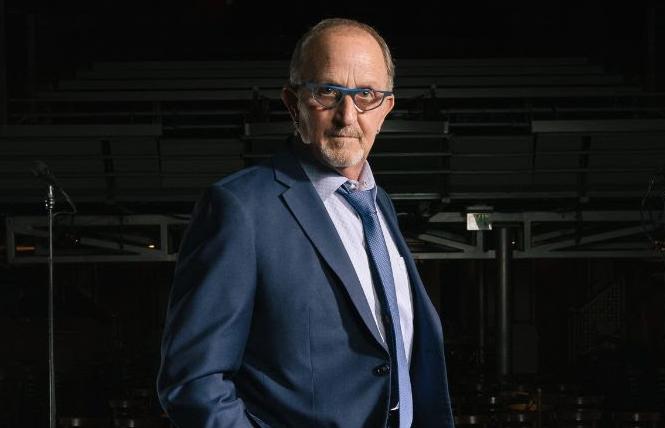 After 35 years of being a publicist for arts groups and other Bay Area-based clients, gay marketing professional Charles Zukow is retiring as of March 31 and shuttering his firm Charles Zukow Associates.

Zukow started out as an actor, landing small parts in the gay 1982 film "Making Love" and other movies. He also performed with the L.A. Stage Company and worked in the music industry.

A job with Bill Lanese Advertising and Public Relations brought him to San Francisco. He later was hired as the PR director for the San Francisco International Film Festival. In 1990, he joined Browne Abrams Public Relations and worked his way up to become a partner and eventually take over the firm in 2002.

His clients over the years have included the now-defunct North Beach cabaret show "Beach Blanket Babylon," the traveling acrobatic circuses presented by Cirque du Soleil, and the American Conservatory Theater in Union Square.

"I am the luckiest guy in the world! I love my job and have had an incredible career," stated Zukow in announcing his decision to retire. "Over the years, I have had the honor and privilege of working with some of the best and brightest — from staff who have inspired me every day and groundbreaking theatre clients to non-profits organizations that have made a difference in the community. I look forward to the next act."

Zukow plans to travel with his husband, John, spend more time with their six grandchildren, and continue his passion for theater, cooking, and gardening. Kevin Kopjak, a gay man who is vice president of public relations and marketing at Zukow's firm, will be opening his own San Francisco-based entertainment and lifestyle public relations firm, Prismatic Communications, April 1.

"I owe my entire career in public relations to Charly, and I know there are many others who can say the same," stated Kopjak. "Through his passion and dedication, he has forever changed the public relations industry and his impact on our lives and community will be felt for years to come. As I embark on opening my own firm, I will forever be grateful for the knowledge and values he has instilled in me over the past 17.5 years."

Honor Roll
Gay chocolatier Michael Benner has been named a 2021 6 Star Grand Master best chocolatier and confectioner in the U.S. by the International Chocolate Salon. It follows his Bourbon Caramel Pecan bar being named earlier this year as the Best Chocolate Bar by the culinary group.

The grand master award is based on the combined total number of Gold and Silver awards plus star ratings throughout the previous year at TasteTV Chocolate Salons held across the country. The outcomes of standalone competitions to award various best chocolate concoctions, from bars to caramels, are also factored into the decision.

In 2017, Benner launched his Michael's Chocolates with his husband, Curtis Wallis. The couple live in San Francisco's LGBTQ Castro district, while Benner makes his chocolate treats from a shared kitchen in South San Francisco.

For Easter this year Benner has created a chocolate bunny adorned in a lime-green knitted sweater ($20). All online orders of $72 or more ship free in the U.S.

To make a purchase, visit https://www.michaelschocolates.com/