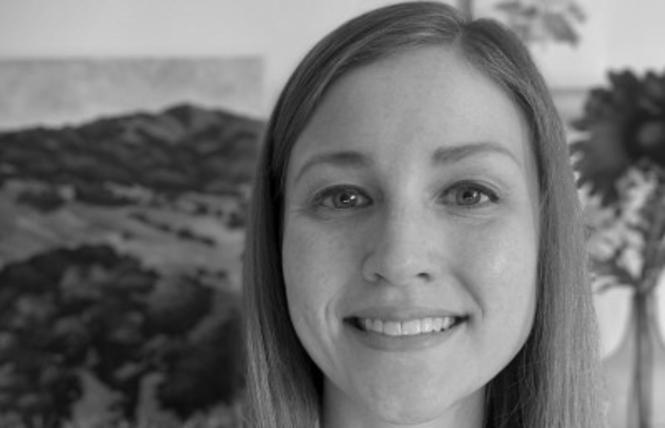 Christina Dikas has been nominated by Mayor London Breed to serve on the San Francisco Historic Preservation Commission. Photo: LinkedIn

San Francisco Mayor London Breed's decision to name a fourth straight nominee to a historic preservation advisory body is facing criticism from the trio of supervisors responsible for vetting mayoral appointments to city commissions. All three are calling on the mayor to instead name an LGBTQ person to the seat.

Last month, Breed did not reappoint the Historic Preservation Commission's two gay members, Jonathan Pearlman and Aaron Hyland, who had been serving as the commission's president. Pearlman's Seat 3 is to be filled by an architectural historian, and LGBTQ community leaders have encouraged Breed to name Hyland to it.

At its meeting Tuesday, March 2, the Board of Supervisors seated Breed's three other straight nominations — Diane Matsuda, Chris Foley, and Ruchira D. Nageswaran — to serve terms ending December 31, 2024. Matsuda and Foley had both been serving on the commission, while Nageswaran was named to Hyland's seat.

Breed spokesman Jeff Cretan had told the Bay Area Reporter last month that the mayor would take the lack of LGBTQ members on the commission under consideration as she makes her decision on whom to appoint. The oversight body weighs in on such matters as landmarking LGBTQ historic sites in the city, and approving queer-owned legacy business and nonprofit applications.

But late Tuesday, March 2, the mayor's office notified the supervisors that it was nominating Christina Dikas, an architectural historian and cultural resources planner, to Pearlman's seat on the commission. According to sources, Dikas does not identify as a member of the LGBTQ community.

Dikas has not responded to the B.A.R.'s interview request. Cretan did not immediately respond to a request for comment about the lack of support for Dikas' nomination from the supervisors.

While reviewing the nominations for the other three mayoral appointees, rules committee chair District 3 Supervisor Aaron Peskin and gay District 8 Supervisor Rafael Mandelman, vice chair of the committee, both stressed the need for an LGBTQ person to be named to the preservation commission. They both told the B.A.R. Friday that they would not be supporting Dikas and called on the mayor to nominate an out person for the seat.

"This seat has to be someone who is a qualified architectural historian and there is no shortage of those who are LGBTQ in San Francisco, California," said Peskin, who authored the 2008 charter amendment adopted by voters that created the Historic Preservation Commission. (It previously had just been an advisory panel with less oversight power on pending projects.)

His opposition to Dikas "should be no surprise to anybody," added Peskin, nor a reflection on her or her qualifications. He is also not looking for a fight with the mayor, he stressed.

"This is what is right," said Peskin, noting that the preservation body has been "very well served" by the various LGBTQ people who have served on it over the years.

Asked about the mayor's appointment, Mandelman told the B.A.R. "I am not happy about it." Like Peskin, he said he would meet with Dikas but could not support her being seated to the commission.

"I think we should reject this nominee," said Mandelman, the board's lone member from the LGBTQ community. "I think there was two queer members as of a month ago. One of them was doing important work following up on the city's LGBTQ historic context statement and landmarking LGBTQ historic sites. If this nomination goes through, there will be no one to carry on that work. From my perspective, that is not acceptable."

District 1 Supervisor Connie Chan, the third member of the rules committee, told the B.A.R. she does not back Dikas' being seated on the oversight body. Being a woman of color, Chan said she personally knows how important it is for underrepresented communities to be represented on city boards.

"I am so pleased to have appointed Diane Matsuda and Ruchira D. Nageswaran. So for me as a woman of color, I understand how representation and diverse perspectives really matter, especially in the context of preserving history and highlighting people and their place in our history," said Chan. "I really align with both Supervisors Peskin and Mandelman, who have talked about this during specifically the Historic Preservation Commission appointments."

The supervisors have 60 days to vote on Dikas' nomination, otherwise if they fail to do so she will automatically be seated on the commission. Peskin told the B.A.R. he is hopeful the mayor's office will nominate a new person for the seat prior to the supervisors voting on Dikas.

"My hope is the mayor may find a qualified LGBTQ candidate and swap that person out before rules and the board has to act," he said.