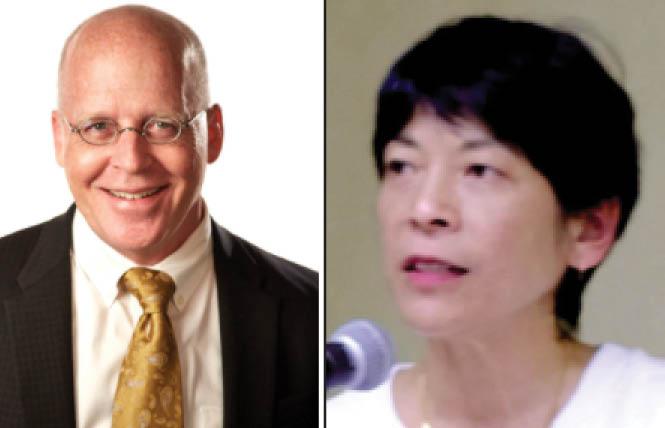 The San Francisco Board of Supervisors has seated three straight members on the Historic Preservation Commission, leaving it for the time being without anyone from the LGBTQ community. Mayor London Breed is facing pressure to name an out person to a fourth seat she has yet to fill.

Last month, Breed did not reappoint the commission's two gay members, Jonathan Pearlman and Aaron Hyland, who had been serving as the commission's president. Pearlman's Seat 3 is to be filled by an architectural historian, and LGBTQ community leaders have encouraged Breed to name Hyland to it.

Breed spokesman Jeff Cretan told the Bay Area Reporter last week that the mayor will take the lack of LGBTQ members on the commission under consideration as she makes her decision on whom to appoint. It weighs in on such matters as landmarking LGBTQ historic sites in the city and approving queer-owned legacy business and nonprofit applications.

When the supervisors' rules committee took up the trio of straight nominations at its March 1 meeting, gay District 8 Supervisor Rafael Mandelman stressed the importance of seeing Breed name an LGBTQ historic preservation commissioner.

"I think it is important someone queer is on that commission and not just someone queer, but someone who will play a leadership role and make sure the queer history of San Francisco gets its due on the Historic Preservation Commission of San Francisco," said Mandelman, who reiterated his comments before the full board Tuesday.

At their March 2 meeting the supervisors unanimously voted 11-0 to approve Breed's nominations of Diane Matsuda, Chris Foley, and Ruchira D. Nageswaran to the oversight body. Matsuda has served on the commission since 2008, while Foley joined it in 2019.

Founder and chairman of the development firm Ground Matrix, Foley is the father of a teenage lesbian daughter who is Thai American. Matsuda, a native San Franciscan who has lived in Japantown for decades, is a staff attorney with Asian Pacific Islander Legal Outreach. She is also director of special projects at the Japanese Cultural and Community Center of Northern California.

"History and culture is not for the few," said Matsuda. "They are something we all should embrace."

Nageswaran, a senior architect with the firm Knapp Architects Inc., is now serving in Hyland's Seat 1 on the commission, set aside for a historic architect. Among the projects she has worked on is that of the city's LGBT Community Center, which includes the reuse of the historic Fallon Building, a Queen Anne-style Victorian built in 1900.

"I traveled the world thanks to my parents," said Nageswaran, whose family emigrated from India to Colorado when she was 5 years old. "I saw a myriad of cultures, urban environments and rural environments. It has really been a part of who I am. I want to bring that to the forefront of my work on the commission." 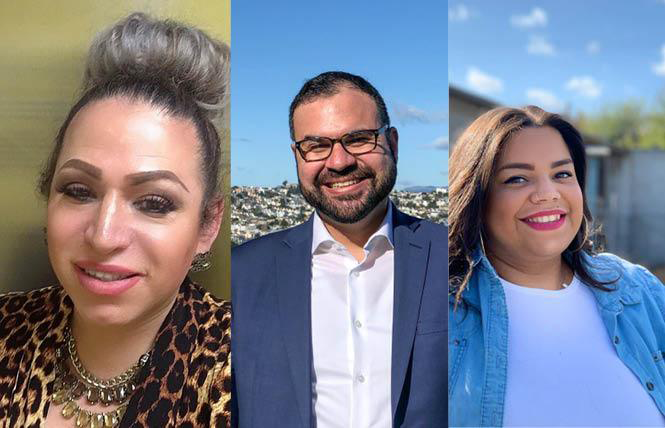 Out San Francisco immigrant panelists head for final vote
The supervisors will next take up seating seven members to the city's Immigrant Rights Commission at their March 9 meeting. Among the recommended applicants is a trio of LGBTQ community members.

The board's rules committee Monday recommended Commissioner Jessy Ruiz Navarro, who is originally from Mexico and the advisory body's lone transgender member, be reappointed. When she joined in 2019 Navarro was the panel's first commissioner whose primary language isn't English.

Also recommended to be seated was gay Walnut Creek resident Luis Zamora, who works in San Francisco as a facilities supervisor at law firm Morgan Lewis & Brockus LLP and is the current public policy chair for the Golden Gate Business Association, the country's oldest LGBTQ chamber of commerce. Artist Lucia Obregon Matzer, a queer immigrant from Guatemala who became a U.S. citizen four years ago, also won support to join the commission.

Navarro works for the Mission Neighborhood Resource Center, while Matzer is the community leadership development manager at the Mission Economic Development Agency.

Sarah Souza, an administrative aide to District 3 Supervisor Aaron Peskin, who chairs the rules committee, won support to be named to the advisory panel's Seat 10. The Brazilian immigrant would be the first DACA participant to be seated as a city commissioner.

Peskin recused himself from voting due to Souza seeking to be appointed. Mandelman and District 1 Supervisor Connie Chan voted on which of the eight applicants to recommend to their board colleagues for the seven seats. They also advanced Commissioners Haregu Gaime, Ryan Khojasteh, and Elahe Enssani for reappointment.

Gaime, a naturalized citizen from Eritrea, is an immigration attorney. Khojasteh, a San Francisco assistant district attorney, is the son of Iranian immigrants, while Enssani is a SF State professor who was born in Tehran, Iran.

Navarro, Zamora, and Gaime need residency waivers in order to serve on the commission. Matzer and Souza are up for seats designated for immigrants with terms that expire this June 6.

The five other applicants would serve two-year terms that expire on June 6, 2022, with one of the seats specifically meant for an immigrant to the U.S.