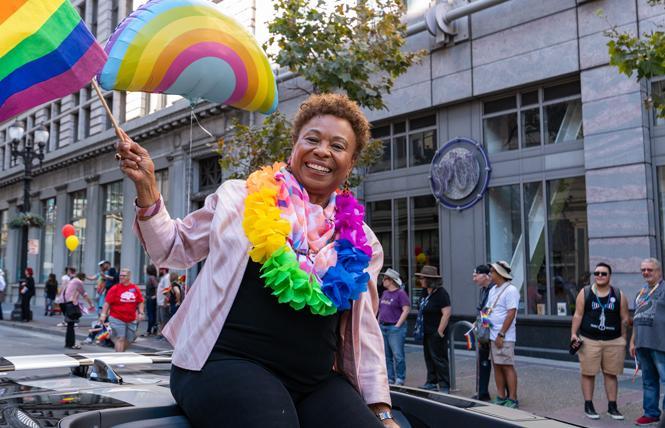 As Black History Month draws to a close, Congresswoman Barbara Lee on Friday introduced a resolution honoring the contributions of Black LGBTQ+ people.

Lee, the longtime Oakland Democrat, singled out BLACK LGBTQ+ leaders past and present and to uplift their contributions in the February 26 document.

Black LGBTQ+ Americans have made significant strides in the fields of politics, entertainment, athletics, and more, a news release from her office stated. This resolution recognizes and celebrates these contributions.

"The accomplishments of Black LGBTQ+ citizens have often been downplayed or ignored while they face the compounding impacts of racism and anti-LGBTQ+ bias," Lee stated. "However, these harsh realities have not diminished the impact of notable Black LGBTQ+ leaders like Barbara Jordan, Marsha P. Johnson, and Bayard Rustin.

Jordan was the first Black woman elected to Congress from the South (Texas) and a leader in the civil rights movement. As the Bay Area Reporter noted in an LGBTQ History Month article last fall, Jordan's lesbianism was a worst-kept secret during her rise as a Democratic star: it was well-known among her friends and colleagues as they were introduced to her partner of more than 30 years, Nancy Earl, but it was never discussed publicly.

Johnson was a leader of the Stonewall riots in 1969 in New York City. Along with friend and fellow trans activist Sylvia Rivera, Johnson founded Street Transvestite Action Revolutionaries, one of the first trans organizations in New York. 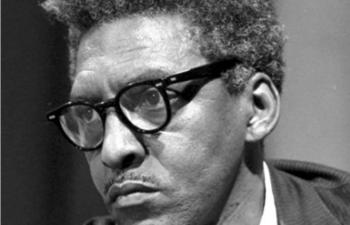 Rustin was a civil rights activist and writer. Last year, Governor Gavin Newsom granted a posthumous pardon to Rustin, whose 1953 arrest in Pasadena, California on vagrancy charges led to jail time and inclusion on the sex offender registry.

"As we celebrate Black History Month, it is critical that we honor the remarkable and unique contributions of all LGBTQ+ Black Americans throughout U.S. history — those whose names we easily recognize and those whose names we'll never know," Lee stated. "This resolution is an important step in ensuring that their contributions are remembered and properly commemorated."

Lee, a straight ally, is vice chair and a founding member of the Congressional LGBTQ+ Equality Caucus. That group has several new members as LGBTQs were elected to the House of Representatives last year.

"Too often the contributions of Black LGBTQ+ Americans to our society have been ignored or erased," stated Congressman Ritchie Torres (D-New York), one of two new gay Black members. "They made contributions to various aspects of American culture and numerous fields and industries that significantly transformed our country, yet many of us are not aware of them. This resolution uplifts those accomplishments and finally recognizes the indelible impact that Black LGBTQ+ Americans had on our country and that we still feel today."

Equality California Executive Director Rick Chavez Zbur noted that Imani Rupert-Gordon, executive director of the National Center for Lesbian Rights, and Alphonso David, president of the Human Rights campaign, were among those mentioned in the resolution.

"We are beyond proud to partner with Congresswoman Lee to introduce this important resolution highlighting the accomplishments of so many inspiring Black LGBTQ+ leaders," stated Zbur. "The struggles for racial justice and LGBTQ+ equality are not the same, but they have always been intertwined. From Bayard Rustin and Marsha P. Johnson to Alphonso David and Imani Rupert-Gordon, Black LGBTQ+ civil rights leaders have had a major impact on our shared histories — and they are shaping our movement today. We're grateful for the opportunity to celebrate their work and their transformative impacts on our nation."

In addition to EQCA, the National Black Justice Coalition and the Congressional LGBTQ+ Equality Caucus endorsed the resolution.

LGBTQ History Month: The intersection of LGBTQ history and disability
Sign up!