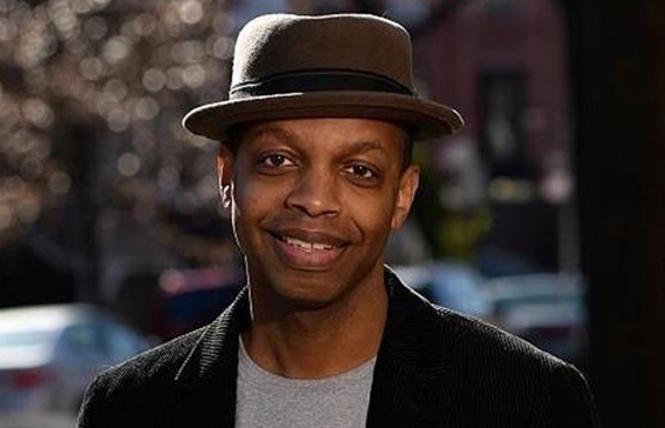 In his debut novel, Robert Jones Jr., describes the romantic and tragic relationship between Samuel and Isaiah, two enslaved young men on a Mississippi cotton plantation in the early 1800s. "The Prophets" explores gender and sexuality, race, power, toxic religion, and masculinity.

The New York Times described the instant bestseller, published January 5, as "a lyrical and rebellious love story" and the New Yorker called it a "panoramic vision of love and cruelty." Beyond its love story, the novel poignantly and viscerally connects the dots from slavery to today's racial injustices and from Missionary Christianity to the slave trade, homophobia, transphobia, and misogyny.

Jones told Out in the Bay — Queer Radio this week that his quest for queer Black ancestors is what inspired his challenging 14-year journey to write his book. In academic research while studying at Brooklyn College, he found citations of non-consensual queer sex in U.S. slave days — mostly masters dominating the enslaved — but no loving Black queer figures like those that appeared "out of the ether" in the Harlem Renaissance.

Jones said he was "terrified" as he embarked on the project, partly because he had scant source material, and also: "I was afraid of how people might receive the very idea of Blackness and queerness being put together in a historical context like this, especially on a plantation." For many Black people, said Jones, "the antebellum slavery period is sacrosanct and also very difficult to confront because there's so much pain."

In Jones' book readers will encounter a female African king who has many wives — male, female and nonbinary. Heteronormativity is a "Western construction" buoyed up by conservative Christianity, he said, "not something that sprouted out of nature."

"If we want to practice what we call pro-Blackness in current times, then we must realize that any bigotry toward LGBTQIA+ people is a form of anti-Blackness," said Jones, "taught by our enslavers."

"The Prophets" may be a difficult journey for readers, too. Jones keeps readers on the path by — in the midst of horrors — painting small beauties and yes, love along the way.

Hear Robert Jones Jr. read from "The Prophets" and elaborate on his discoveries on this week's Out in the Bay. The program re-airs 9:30 a.m. Saturday, February 27, on KSFP, 102.5 FM in SF only, and is available anytime, anywhere on Out in the Bay's website. Out in the Bay also airs at 10 p.m. Tuesdays on KALW, 91.7 FM throughout the Bay Area.