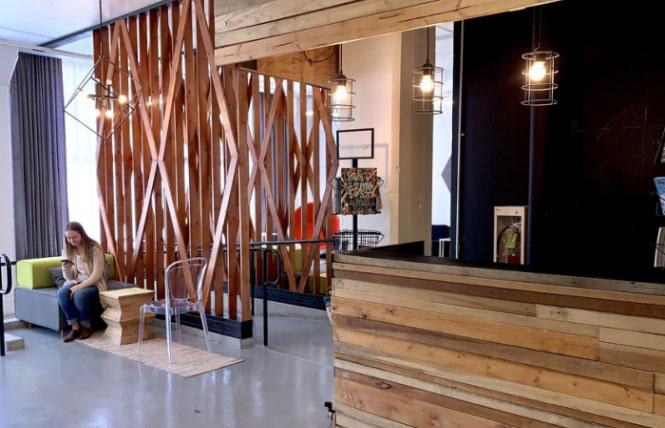 The nonprofit that oversees the Folsom Street Fair will soon open a sex-positive space in San Francisco's South of Market neighborhood.

Folsom Street Events is planning a more permanent, public presence in SOMA through the Community Center for Alternative Sexualities, which will be housed adjacent to its office at 145 Ninth Street.

Angel Adeyoha, the queer and nonbinary executive director of Folsom Street Events, said that a soft opening is planned for next month, with a more permanent opening in July.

They made the remarks while discussing the likelihood of a modified in-person Folsom Street Fair in late September if the COVID-19 pandemic allows.

"We will also make space for organizations that want to expand their services into SOMA, like the Castro Country Club, to host recovery meetings that are targeted toward our stakeholder communities," the release continues, referring to the clean and sober space in the Castro.

The lease for the ADA accessible space, a square footage of 2,482 feet, was signed for five years, Adeyoha said, from a co-op that includes Frameline, the San Francisco International LGBTQ+ Film Festival. Folsom Street Events hopes to buy into the co-op "to have a more permanent space for us." (The co-op owns the building where the center is located.)

Frameline did not respond to a request for comment.

'Modified' street fair plans
The Folsom Street Fair itself may proceed this year as a "modified" in-person event — depending upon public health concerns and COVID-19 vaccination levels — Adeyoha said in a February 16 interview with the Bay Area Reporter.

"The current word from the city is we will be able to have some sort of modified event," Adeyoha said. "They were pretty clear — unless something changes drastically — we can have an outdoor event on Folsom Sunday and we are on the calendar for that. They're optimistic."

Adeyoha had told the B.A.R. last month that a decision on whether the two annual South of Market leather-themed street fairs (the other is Up Your Alley, which takes place in July) would be announced soon.

While San Francisco Municipal Transportation Agency spokeswoman Erica Kato was unable to confirm the reservation on February 16, she did say that the agency is working with Folsom Street Events in a statement February 23.

"We are working with Folsom Street Fair staff on possibilities for their event this year," it reads, in part. "We would review and permit a valid application, conditional on the event being in compliance with all public health orders in effect at the time of the event. But we are also helping them think through alternatives, both in terms of the activities offered and the layout of the event, that they might prefer to pursue."