Guest Opinion: Preston should listen to research, not insult researchers 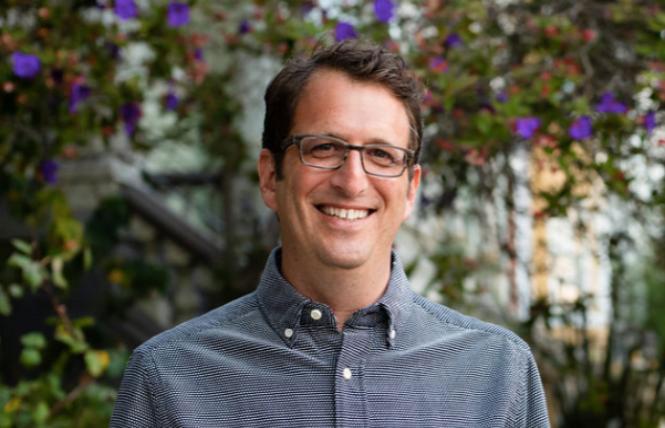 Last month, I asked my representative on the Board of Supervisors, Dean Preston, to make it easier to build new housing in our city.

I'm a gay man who moved to San Francisco a decade ago for graduate school, so our housing crisis is personal to me: I know firsthand what it's like to want to fulfill the LGBTQ person's dream of moving to San Francisco only to struggle to afford housing here.

But Preston responded to my concern over the city's housing crisis by publicly insulting me: "Are you seriously a professor of something?" In fact I am — both Preston's constituent and, now, a professor at UC Berkeley.

Preston has emerged as the leading opponent to allowing any new market-rate housing in San Francisco. He's been on the board just over a year, but has already blocked thousands of homes on vacant parking lots in his district.Late last year, Preston even forced city supervisors to meet for hours so he could block just four homes on vacant land, citing preposterous fire safety concerns. Unbelievably, he even compared allowing more housing in wealthy neighborhoods to the demolition of neighborhoods of color.

The science is clear that Preston's opposition to market-rate homes makes San Francisco more unaffordable. Study after study finds that market-rate home construction reduces rents, displacement, and evictions for current residents. For example, Berkeley economist Kate Pennington finds that new market-rate housing projects in San Francisco lower nearby displacement by 17%, nearby evictions by 31%, and nearby rents by 2% (but that new affordable housing does not). Other research finds that new market-rate buildings lower nearby rents by 5-7 percentage points, a finding confirmed in numerous other studies, including by the city's and the state's own researchers. A recent review by UCLA agrees.

As people move into new homes, market-rate construction also frees up other housing, lowering rents both in neighborhoods where housing is built and in the neighborhoods new residents move from.

Preston called these research-backed conclusions "a fantasy." But the research clearly shows that when Preston blocks new apartments from taking the place of vacant lots, his actions lead to rent increases and evictions both in his district and citywide.

The impacts of Preston's policies are especially devastating for LGBTQ people. In the past, gay and transgender people could move to San Francisco to escape intolerant communities and find new chosen families. In the past, our city built new housing — and even if LGBTQ people moving to San Francisco didn't live in this new housing, the supply of new homes kept prices low enough that many could afford to find a place in the city. By opposing new homes, politicians like Preston have changed the welcoming character of our city, erecting golden gates that keep out all but the wealthiest from being able to afford to live here. Vulnerable LGBTQ people are shut out.

Only one group benefits from Preston's policies: wealthy landlords. New housing would compete with current landlords and homeowners for prospective renters and homebuyers, lowering prices. These lower prices would hugely benefit San Francisco renters — but reduce owners' net worth.

As a wealthy, straight, white owner of a Victorian mansion, it may be hard for Preston to understand what it's like to struggle to afford housing. But Preston also suffers from a striking conflict of interest: when housing prices go up in San Francisco, this increases Preston's net worth — he earns almost as much in appreciation on his $3 million mansion every year as from his city salary.

Preston likes to say he champions "equity," but Prestonism creates a two-tier San Francisco composed only of Prestons in multimillion-dollar homes getting ever-richer and a lucky few below-market-rate lottery winners. The Prestons win big, but working families struggling to pay rent, workers stuck with long commutes, and disproportionately LGBTQ people and people of color priced out of our city pay the price.

It must be nice to be so wealthy you can ignore the evidence on what helps vulnerable people.

Preston should look past his own self-interest and heed progressive LGBTQ leaders on housing like gay state Senator Scott Wiener (D-San Francisco) and gay District 8 Supervisor Rafael Mandelman, whose recent proposal to legalize fourplexes in some parts of the city represents a good step forward.

Preston is on the Board of Supervisors' Land Use Committee, and so can reverse course and become a leader for an affordable San Francisco. For example, fourplexes are illegal in much of Preston's wealthy district, but Preston could join forces with Mandelman and propose to legalize them there. The research shows that this would lower rent and reduce evictions for his constituents and across the city.

Preston has four years on the board to show us he's looking out for more than wealthy landlords' bottom line. I hope he does.

David Broockman is a resident of Hayes Valley and an associate professor of Political Science at UC Berkeley. He writes in his personal capacity and does not represent the views of the university.