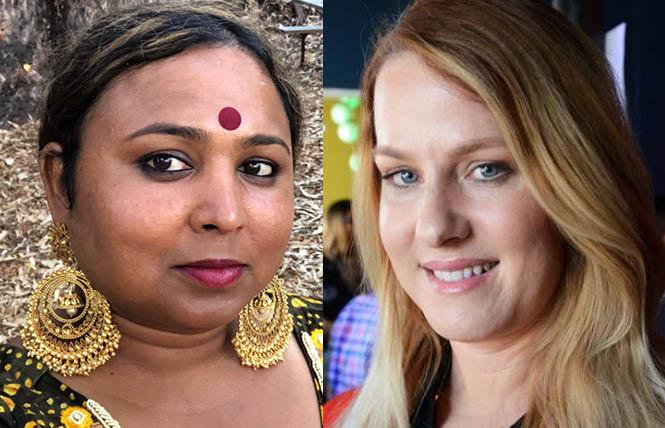 The Trans Wellness SF campaign is also seeking to collect more data about the transgender and gender-nonconforming communities, according to Clair Farley, a trans woman who is the executive director of the Office of Transgender Initiatives, in an interview with the Bay Area Reporter February 11.

"I think what's new with this wellness campaign launch is a connected strategy of doing education about the implications of the pandemic on the community with a public health survey," Farley said.

The survey, which is available online, states that it seeks "to learn how trans, gender nonconforming, and nonbinary communities have accessed support during the COVID-19 pandemic. This information will be used to improve access to services for our communities."

Another element of the campaign, which was announced February 10, is an advisory committee of trans and gender-nonconforming health experts.

"An advisory committee of TGNC health and wellness experts will deliver an initial assessment of existing health care, wellness and mental health services," a news release states. "This will help identify barriers to care, gaps in services, and support the collaborative building of a series of community recommendations that will be shared with city leadership, departments, and community organizations."

Farley stated that there are currently 12 members on the advisory board and there is a rolling application process.

"We are open to folks who are working within organizations and other leadership levels of advocacy, and who'd like to get involved with civic engagement," Farley said.

One member of the advisory board is Anjali Rimi, a trans woman who is the co-chair of the SF Bay Area LGBTQ COVID Relief Coalition that is spearheading the campaign alongside the transgender initiatives office.

Rimi and Farley said that the coalition formed last spring as the COVID-19 crisis led to financial strain in the trans community around the Bay Area. Now, the Trans Wellness SF campaign will seek to promote verifiable information about the importance of getting vaccinated.

"I picked up the phone and called Clair in March of last year and we came together as a formal coalition in May," Rimi told the B.A.R. February 11. "Our goals align very much because we are trying to build economic justice and trans equity."

Rimi said that some 300 people indicated they needed support in the first phase of intake, totaling a need for $184,000 in assistance.

"We could only match half of that," Rimi said. "We had to be equitable and disburse the funds as able. There's still a lot of need out there, and this is part two of that. ... The City of San Francisco, the Office of Transgender Initiatives, really took the word to the community and provided us with resources, helped us build a website and we just wish we could have had that support elsewhere, such as in Oakland and the rest of the Bay Area."

All told, the coalition has been able to help 500 trans and gender-nonconforming people in the Bay Area.

Farley is hopeful that the survey will find gaps in the city's safety net for trans people that can, in turn, be brought up to supervisors and the mayor as they work on the city's budget, in the long term, and to connect people with COVID vaccinations, in the shorter term.

"We can use this data to connect people to the vaccine: to address hesitancy and gaps," Farley said. "And there's a lot more we can do to support trans folks and the broader LGBTQ community in this pandemic."

Farley said that there is no single budget figure for the trans wellness campaign, but that it connects some $5 million in previously allocated spending from the city, including a $2 million investment in Lyon-Martin Health Services and $2 million in rental subsidies as part of the Our Trans Home SF initiative, as the B.A.R. previously reported.