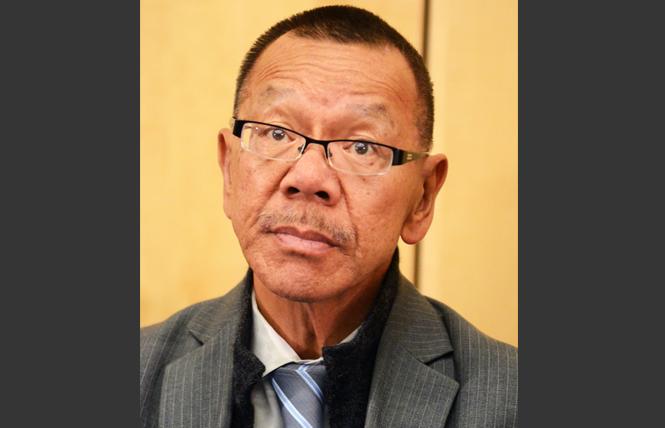 You heard it right; you're not high. We're in the middle of a pandemic and San Francisco Board of Supervisors President Norman Yee is stressing people out with his proposal for an ordinance that would threaten fines of $1,000 a day for smoking cannabis at home. Um, that's a no-go, supervisor, and the board must remove cannabis from Yee's proposal before it votes on the measure December 1. We don't need this right now while the city is reeling from COVID-19 and its economic fallout. This is absolutely not the time to add to people's worries, financial and otherwise, for an action in the privacy of their own home that is legal under state law.

Yee's proposal would ban smoking tobacco and cannabis — and vaping — from apartments in buildings with three or more units. While we understand the intention — limiting exposure to secondhand smoke — including marijuana is wrong. Yee has added an exemption for medical cannabis use, but it's not enough. These days, one doesn't need a note from a doctor to enjoy the benefits of cannabis, as recreational marijuana is now LEGAL under CA Prop 64. It's also not OK to limit a person's medicinal cannabis choices by restricting it to cannabis edibles. Not everyone likes them, and besides, if you want quicker relief from the symptom you are treating, smoking is better, as Brownie Mary Democratic Club President David Goldman told us in an interview.

Yee's proposed ordinance is not surprising. Supervisors on the west side of the city have long had an issue with cannabis in one way or another. Yee represents District 7 and outgoing District 1 Supervisor Sandra Lee Fewer is a co-sponsor of the legislation. In 2017, former District 4 Supervisor Katy Tang was embroiled in a heated battle to stop a cannabis dispensary from opening in her district. It would've been the city's first Chinese-owned dispensary, but Tang and most of her fellow board members, including Yee, fell for an organized disinformation and pressure campaign led by the Pacific Justice Institute, a right wing legal defense group that is also anti-LGBTQ. D4 residents were riled up in opposition by outright lies spread by PJI like overdose deaths were caused by cannabis use, a claim that has never been reported in the medical literature or confirmed by science. Today, there is only one cannabis dispensary in the area.

Yee, a progressive board member, wants to do "legacy" legislation before he leaves the board, but this one is so divisive and problematic for socioeconomic reasons. "The $1,000 per day penalty adds insult to injury since only wealthy people can afford to pay such fines," states a letter to the board from the Harvey Milk LGBTQ Democratic Club, which opposes the ordinance. "Ironically, most wealthy people are already exempted by virtue of having easier access to free-standing homes." The Milk club is absolutely right that those who can least afford it will be hurt.

We agree with Goldman that Yee's ordinance would run afoul of CA Prop 64, passed in 2016, effected in 2018, because cannabis use is only allowed under Prop 64 in private residences and certain private venues. In San Francisco, private venues are almost non-existent and, even if they were available, they'd likely be closed due to COVID-19. As gay District 8 Supervisor Rafael Mandelman pointed out, people can't just step out on the sidewalk and smoke a joint (at least, they're not supposed to, despite the occasional whiff of pot in the air).

San Francisco already has stringent anti-tobacco laws, and some apartment landlords have no-smoking clauses in their leases. That's different in effect, since prospective tenants can decide to rent or not based on no-smoking rules. Yee's ordinance would make it illegal to smoke in your home if you live in a building with three or more units — period. Yee must exempt cannabis from his proposed ordinance or the board should vote it down if he won't. Residents are already overwhelmed and don't need nanny laws controlling the legal, private use of cannabis, medicinal or recreational.