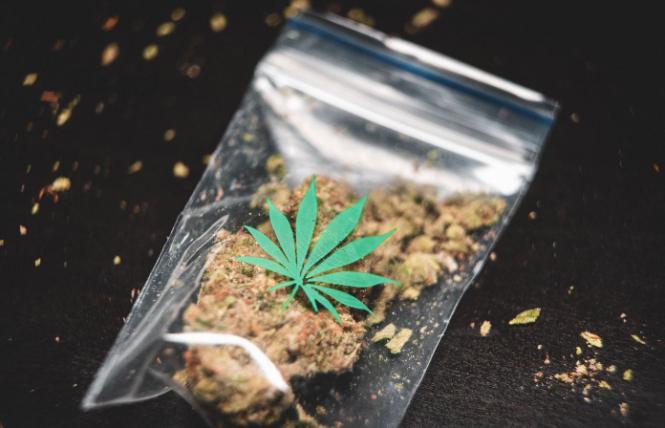 Opposition is mounting to a proposal to ban tobacco and cannabis smoking in apartments in San Francisco. Photo: Courtesy Cannabis News

Progressive LGBTQs are making known their opposition to a proposal in San Francisco that would ban people from smoking tobacco and cannabis in their apartments.

San Francisco Board of Supervisors President Norman Yee introduced the legislation, which also includes vaping, that applies to apartment buildings of three or more units.

Yee wrote the ordinance over concern of secondhand smoke traveling into other units.

Yee's plan includes an exemption for medical marijuana, but that doesn't satisfy opponents.

Meanwhile, gay District 8 Supervisor Rafael Mandelman is seeking an amendment to the proposal that would exempt cannabis.

The legislation will be voted on December 1. The budget committee forwarded it to the board, though without a recommendation.

If it becomes law, individuals who are repeat offenders could be fined up to $1,000 a day.

At its general membership meeting November 17, the Harvey Milk LGBTQ Democratic Club voted to oppose the proposed ordinance, sending a letter to the Board of Supervisors November 18.

"Last night, the Harvey Milk LGBTQ Democratic Club voted to oppose Ordinance No. 201265 and asks that you reject this legislation based on its discriminatory socioeconomic impact," the letter reads, in part. "The legislation seeks to protect air quality but would do so at the cost of the civil rights of San Franciscans living in apartments and condominiums — the vast majority of whom do not have sufficient wealth to live in their own free-standing homes."

The club was critical of the proposal's fines.

"The $1,000 per day penalty adds insult to injury since only wealthy people can afford to pay such fines," the letter states. "Ironically, most wealthy people are already exempted by virtue of having easier access to free-standing homes."

The fact that marijuana is included in the proposal is also problematic to club members.

"San Francisco has allowed cannabis smoking in private residences for over 24 years since the passage of Proposition 215 in 1996," the letter states. "If this ordinance is enacted, San Franciscan renters will be liable for many thousands of dollars in fines and fees that we simply cannot afford."

Another local group has concerns with the medical marijuana exemption.

David Goldman, a gay man who is the president of the Brownie Mary Democratic Club in San Francisco, took issue with a proposed amendment from Yee to exempt medical cannabis users.

"I want to see the exception for all cannabis consumers, not just those with a doctor's recommendation," Goldman told the B.A.R. November 19. "If you have a doctor's note that's currently valid, you're exempted. If you don't, you can't do it; there's no recourse."

Goldman said that the legislation would create a "two-edged sword" that hinges on "the status of the smoker, rather than the smoke itself, which is indistinguishable. You have the same smoke."

Many cannabis users who previously had an up-to-date doctor's recommendation let those lapse once Proposition 64 came into effect nearly three years ago. That initiative, approved by state voters in 2016, allows for the adult use of recreational marijuana.

Goldman alleges Yee's proposed legislation would run afoul of Prop 64, because cannabis use is only allowed under Prop 64 in private residences and certain private venues.

"I find it amazing Supervisor Yee is promoting this," Goldman said, adding that encouraging people to switch to edibles is not a good alternative for those who need quick relief from symptoms they are using cannabis to treat.

The offices of Yee, Supervisor Dean Preston, and Mayor London Breed did not respond to requests for comment.

According to a November 20 email from Honey Mahogany, a queer nonbinary person who is a legislative aide to District 6 Supervisor Matt Haney, the supervisor agrees that the ordinance should not include cannabis.

"Supervisor Haney does feel that this ordinance should exclude marijuana as there really aren't places where people can otherwise use marijuana legally and some use marijuana medicinally," Mahogany wrote.

Possible amendment
According to an article in the San Francisco Examiner, Supervisors Shamann Walton and Catherine Stefani said they were supportive of the ordinance, which was co-sponsored by Supervisor Sandra Lee Fewer.

Both Yee and Fewer are leaving the board in January.

Mandelman was quoted in the article as raising concerns about the lack of a cannabis exemption to the smoking ban, saying "for folks who do not have a medical cannabis card, there are very few places outside their own home where you can consume cannabis. ... It is not parallel to cigarettes in that way. Cigarettes, there are still places where smokers can go and smoke. That is not so much the case for cannabis smokers."

Speaking with the B.A.R. November 19, Mandelman made the same distinction and said he has contacted Yee's office to ask that he include an amendment exempting cannabis.

"I would like to vote for the ban and I imagine my colleagues would, too," Mandelman said. "I don't want to vote for it if cannabis is included. I've reached out to President Yee's office to see if they will work with us. If not, that's fine — we're working on an amendment and if President Yee does not do an amendment, I will."

"We're still thinking about how to frame it," Mandelman said. "My staff identified this problem, I had this concern going into the budget committee, and afterward we moved forward without a recommendation because of these concerns."

Both Mandelman and Tom Temprano, a gay man who works as his legislative aide, said they were unsure of the prospects of the passage of the proposed ordinance.

"It's hard to say," Temprano said, just moments before Mandelman — who spoke with the B.A.R. on a separate call — "it's a difficult question."

Temprano said that while many landlords ban indoor smoking in their leases, it is not illegal to his knowledge.

"What this would do is make it harder for people to smoke in San Francisco unless it's a two-unit or less apartment [building], or a consumption lounge," Temprano said. "That's the real difference — what this law contemplates is if you want to smoke a cigarette you can go to a sidewalk, but you can't do that with a cannabis product."