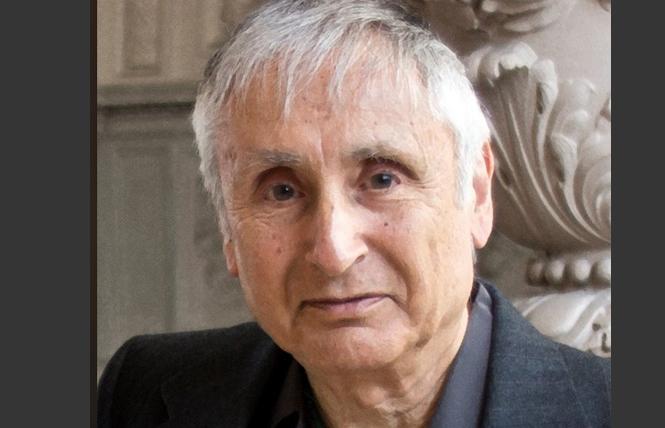 Nikos Antony Diaman, an early member of the Gay Liberation Front, the Radical Faeries, the Billy Club, and other gay organizations, died November 8 in Athens, Greece, his son has confirmed. Mr. Diaman was 84.

Aaron Sachowitz, Mr. Diaman's son, wrote to the Bay Area Reporter from Greece, where he had gone to help his father. Mr. Diaman died of multiple organ failure after emergency surgery to repair a ruptured and likely cancerous tumor in his intestines, his son said.

"He was a remarkably healthy and fit person up until his hospitalization, walking miles to visit friends or run errands rather than take the bus or metro," Sachowitz wrote.

"He had gone to Greece, first on the island of Ikaria, were his parents were both from, then in Athens, to do genealogical research to continue his work on the many family trees he's pieced together in the last several decades," Sachowitz wrote.

Mark Segal, one of the original founders of GLF and publisher of Philadelphia Gay News, said he wasn't close to Mr. Diaman but admired him.

"He came to the premier of my book at the NLGJA convention in 2015 to show his support," Segal, the author of "And Then I Danced: Traveling the Road to LGBT Equality," wrote in an email, "and was amazed and humbled when I introduced him to the audience and he got a great round of applause.

"While our politics in GLF were all radical, as an individual he was a gentle man," Segal added.

"Through his activism with New York Gay Liberation Front, the San Francisco Radical Fairies, and the gay community in Greece, as well as his humanism, passion, and persistence, Nikos helped create the contemporary LGBTQ world we live in today," Cain wrote in an email. "Well into his 80s, Nikos showed up to events throughout our community. As an author, he put the history of that community into his novels. I'll miss him deeply." 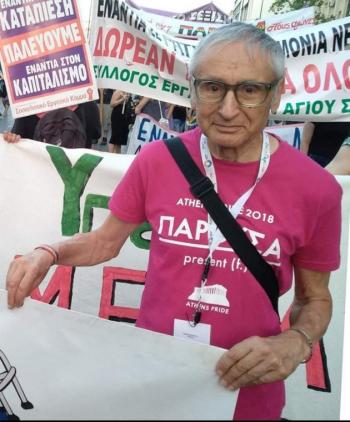 "Nikos was a true trailblazer for LGBT+ liberation and human rights in both the United States and Mexico," Camp wrote in an email. "Since the late 1990's Nikos adopted San Miguel de Allende, Mexico as an alternate biannual residence. Every two years he would diligently devote four months to immersing himself in the cultural and social milieus of that city, where he became a vestige of the community and was highly respected for his numerous volunteer endeavors.

"On other alternate years he would repeat the same process in Athens, Greece, land of his immigrant parents, and where he was a honorary member of Proud Seniors Greece," Camp added.

Sachowitz noted that Mr. Diaman was involved in the "Milk" film that was shot in San Francisco in 2008.

His son added that Mr. Diaman wrote and self-published 10 books, a mix of novels and memoir.

"While I don't think he ever achieved much critical fame for his writing, he was a pioneer for writing about openly gay themes when he first began publishing in the late 1970s," Sachowitz explained.

Mr. Diaman was also an early video artist and documentarian of the gay scene. His son said that his father always hoped to return to collecting oral histories of his generation's gay leaders while they were still alive. He was also a photographer and leaves behind a deep catalogue of photographs taken across the U.S., Greece, and Mexico.

"He accomplished so many things, but never quite got the recognition he wanted for his achievements," Sachowitz wrote.

"I asked him once why he made videos and published his own books," Brass wrote in an email. "He answered, 'Because straight people are not going to tell our stories. We have to tell them.' This was very much the attitude of the Gay Liberation Front, and actually of the whole movement toward LGBTQ liberation: that we had to define ourselves and tell our stories ourselves."

Mr. Diaman was born Nikolaos Aristotle Diamantidis on November 1, 1936 in San Francisco. He was mostly raised in the city and, after stints in Los Angeles, Paris, and New York, called San Francisco home since at least the mid-1970s, his son stated.

Sachowitz, who lives in Berkeley, wrote that he first met his father about 16 years ago, when Mr. Diaman tracked him down. He had been the anonymous sperm donor that Sachowitz's lesbian parents used.

"I don't know if we were close," his son wrote. "I think we both have personalities that tend toward a degree of introversion and independence. While I loved him, and he loved me, we would often go a month or more without much communication other than a brief email or two, though pre-COVID we tried to get together every couple of months to have lunch, and I took him out to dinner on his birthday for most of the last five or six years."

Mr. Diaman was an avid genealogist and had family trees connecting cousins all over the world.

"It was pretty amazing," his son stated.

Updated, 11/13/20: A secondary photo that initially accompanied the online version has been removed due to not being able to confirm the person identified as Mr. Diaman was actually him.