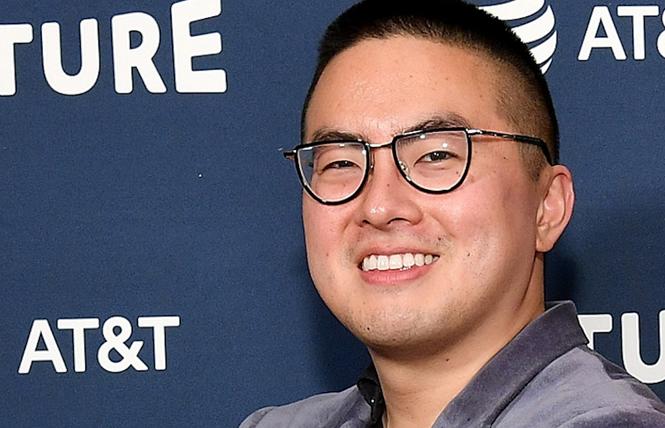 Horizons Foundation has lined up national and local celebrities and LGBTQ leaders for its 40th anniversary gala, which will be held virtually Saturday, September 12, at 6 p.m.

Other special guests include trans leaders Miss Major Griffin-Gracy; Kris Hayashi, executive director of the Transgender Law Center; and Cecilia Chung, director of strategic partnerships and evaluation at TLC. They will be joined by gay former state senator Mark Leno (D-San Francisco), out comedian Marga Gomez, and Kris Perry and Sandra Stier, who were plaintiffs in the Proposition 8 case that ultimately returned same-sex marriage to the Golden State.

Additionally, San Francisco Mayor London Breed will make an appearance, as will Imani Rupert-Gordon, a queer woman who's executive director of the National Center for Lesbian Rights, and drag performer Donna Sachet.

Performances will be given by trans operatic soprano Breanna Sinclairé and KB "Tuffy" Bruce of Drag Kings of the Blues.

Horizons, which raises and distributes funds to LGBTQ nonprofits and other LGBTQ programing, said that a donation of any amount will enable people to access the private broadcast.

Since 1980, Horizons has awarded over $49.2 million to over 2,100 organizations, including $641,500 in emergency grants to Bay Area LGBTQ organizations in response to the pandemic, according to its website.

For more information, go to https://bit.ly/2GfDamV

Attendees will have an opportunity to hear from board candidates, who will deliver statements and make themselves available for questions.

Related to that, SF Pride officials announced that this year's board elections will be conducted via the mail. Members should have already received their ballots, which include detailed instructions. The voting period is open until September 18, meaning members can attend the virtual meeting before casting their ballots.

For more information, go to the member portal at https://members.sfpride.org/election/

In other SF Pride news, the organization announced that it is soliciting themes for Pride 2021. After three years of using "Generations of...," which was created by Larry Nelson, the board wants to hear from people for the new tagline. To submit a theme suggestion, go to https://sfpride.wufoo.com/forms/z1nf025w15pk9t9/

Ayala to depart MPact global group
The board of directors of MPact Global Action for Gay Men's Health and Rights has announced that co-founder and Executive Director George Ayala, PsyD, will depart September 30.
In an email to supporters, the board noted that Ayala built MPact from the ground up.

"His accomplishments go all the way back to the very first MSM Pre-Conference at the 2004 International AIDS Conference in Bangkok, where the idea for a global network of gay and bisexual men was first explored," the board wrote.

Ayala was able to secure funding from a variety of sources, including the Bill and Melinda Gates Foundation, which helped it open its first office and hire staff in 2009. MPact became an independently operated, legally registered nonprofit organization in 2014.

MPact does advocacy work, and has established collaborations with a number of global organizations working in HIV, sex work, and trans equality.

In his own message, Ayala thanked his partner, Tri Do, and wrote that there is much to do to end health disparities experienced by gay and bi men.

"Heteronormativity and homophobia toxically pervade and distort the global HIV response both in blatant and subtle ways," he wrote.

He noted that he is hopeful because "gay and bi men refuse to be silenced or rendered invisible in the global HIV response.

"Gay and bisexual men are building communities amongst ourselves where we can find haven, love, support, safety, connection, and comradery," he added.

For more information, go to www.mpactglobal.org