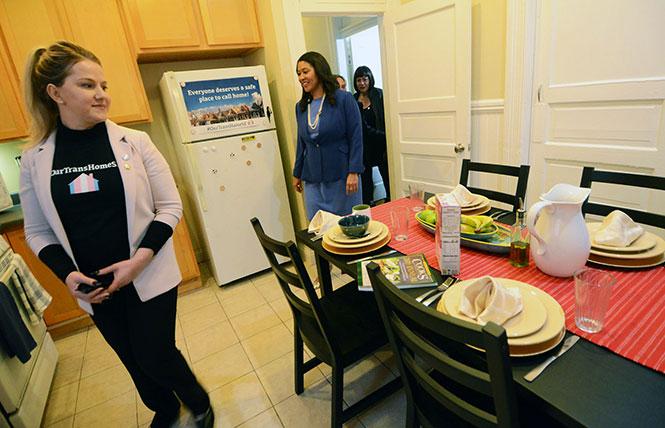 "Mayor London Breed's initial investment in the first new HIV subsidies in SF in 12 years is already yielding incredible results," Q Foundation Executive Director Brian Basinger stated in the release. "Thanks to her support, in the first seven months, we have provided over 10,000 nights of stable housing to over 100 households for less than $25 per night. The fact that this happened in the middle of COVID-19 shelter in place is a testament to the dedication, resilience and grit of my team at Q Foundation and of the HIV+ community, who know how to overcome adversity."

To qualify for this rental subsidy, which has been provided to about 120 HIV-positive individuals in San Francisco thus far, individuals must be housed (or offered below-market rate housing) and pay more than 70% of their income toward rent. San Francisco separately offers rental subsidies for HIV-positive people and AIDS via the federal Housing Opportunities for Persons With AIDS program.

The rental subsidies are a key part of Getting to Zero, the initiative started by the city and other organizations in 2014. This initiative brings together people and resources from throughout the city with three goals in mind: zero new HIV infections, zero HIV-related deaths and zero stigma and discrimination.

Helping HIV-positive individuals remain housed or find housing advances the city's goal of "getting to zero" new HIV infections and HIV-related deaths, the mayor's release noted. Stable housing allows people to more easily access the regular health care and medications they need to achieve viral suppression. Viral suppression drugs have made HIV a survivable disease for many, but there is a major disparity when it comes to people who are marginally housed or homeless.

Thirty-three percent of homeless persons living with HIV in San Francisco are virally suppressed, compared to 74% of housed persons.

Updated, 8/20/20: This article has been updated to include comments from St. James Infirmary.