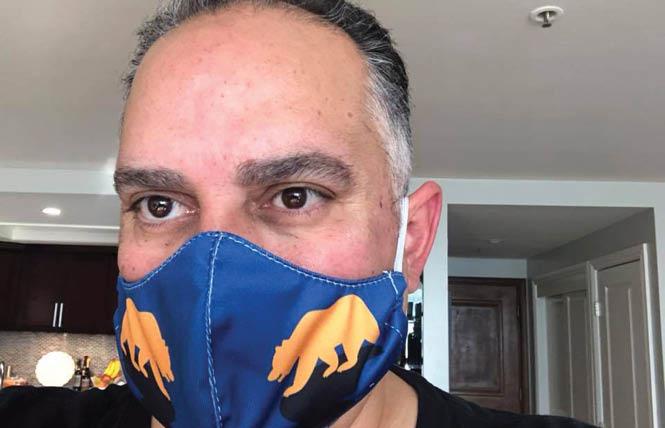 The chair of the University of California Board of Regents revealed this week he tested positive for the novel coronavirus. The news comes as college campuses across the country are beginning to welcome back students to campus, with some already shutting down due to outbreaks of the virus.

In a Facebook post Tuesday, August 18, gay former Los Angeles Democratic Assemblyman John A. Pérez disclosed that his "symptoms have been mild so far and I generally feel fine."

While he said he was taking "appropriate steps" to isolate himself and protect others, Pérez joked his UC colleagues "sadly" had "cut me no slack on the amount of prep I still need to do for the September Regents meeting."

He included two photos with his post, one showing him sporting a blue face mask with the golden bear mascot of UC Berkeley and another of a rubber duckie doctor. Pérez, whose collection of the bathtub novelties became legendary in Sacramento, quipped, "I am also under top medical supervision."

In a phone interview with the Bay Area Reporter Wednesday, Pérez said he was "feeling great." A delegate this week to the virtual Democratic National Convention, he was monitoring a panel discussion with party activists while fielding questions from a reporter.

It was the first time in 30 years, he noted, that he was watching the party gathering from home and not there in person.

"It is surreal trying to appreciate a virtual convention the same way you would an in-person convention," said Pérez, who applauded the speeches given by former first lady Michelle Obama and former second lady Jill Biden.

He went public about contracting COVID to remind people to continue to take precautions, like wearing a face mask in public and being socially distant. As for how he contracted the virus, Pérez speculated it could have been due to his helping a friend get into an alcohol treatment facility, as it was the only disruption to the routine he has maintained for the past five months.

"We have to be very honest about this coronavirus and the perniciousness of this pandemic. I think people making disclosures of their own test results hopefully serves to reinforce for everybody why it is important to take every possible precaution," he said. "I have been diligent about wearing a mask and social distancing and all those issues and still found myself testing positive."

A native Angeleno, the 50-year-old Pérez has been a towering union and political leader for decades in California. He was also the subject of speculation in 2013 that former President Barack Obama could name him the nation's labor secretary. He had served on the President's Commission on HIV/AIDS under former Presidents Bill Clinton and George W. Bush.

In 2014, Pérez came up short in his bid for state controller, losing in the primary that June to the eventual winner of the general election race Betty Yee. He left the Assembly in November of that year and was appointed to his seat on the UC board by former governor Jerry Brown.

Pérez in 2016 had sought the U.S. House seat vacated by Xavier Becerra after he was appointed the state's attorney general following Kamala Harris' election to the U.S. Senate. That December Pérez ended his campaign due to a medical diagnosis he said prevented him from mounting the congressional bid.

He went on to be the first out person to serve as vice chair of the UC board and then as chair. He was recently elected to a second stint as chair; his term on the regents board runs through March 1, 2024.

The university system issued guidance to the leaders of its individual campuses on how to confront the health crisis. The overwhelming majority of UC students across the state will be taking classes online, though some students are being allowed to live on campus, such as foster youth and other individuals who would have no other place to go to, noted Pérez.

"Each campus has rigorous testing and tracing protocols to manage the populations of folks — faculty and staff and students — on campus," said Pérez, who stressed the UC schools have more stringent controls in place than those colleges and universities elsewhere in the country that have seen viral outbreaks in recent days.

"They are all operating under different models than what we are looking at. The guidance given to the UC campuses and decisions the campuses are making are very different than the schools in the South," he said. "That said, any time you get a group of people together there is risk. We have to be incredibly diligent in managing that risk and minimize it."

In regard to Pérez toy waterfowl menagerie, it started off because of a dirty joke he once told a friend, as the B.A.R. noted in a 2010 story, though he demurred when asked to repeat the saucy quip for publication.

"It started as a practical joke with a friend. I had them in my office and people thought I collected them," said Perez, who once lived in San Francisco and attended UC Berkeley but didn't graduate. "Now I get them as gifts. It has become this big deal." 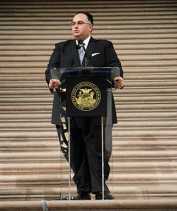 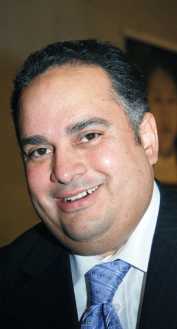 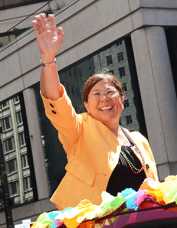