Friday protest in SF for man killed by Vallejo police 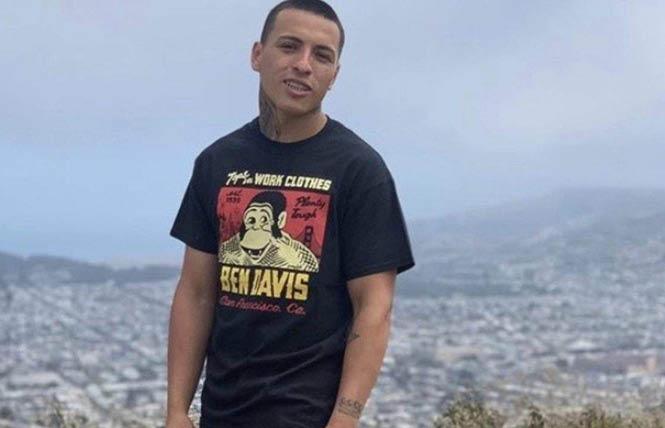 A demonstration will take place at 3 p.m. Friday, June 5, at the intersection of Mission and 24th streets to protest the fatal shooting by Vallejo police of Sean Monterrosa, a 22-year-old San Francisco man.

Another is being planned for Vallejo City Hall at 5 p.m. Friday.

Actions are taking place in both SF and Vallejo today over the police killing of Sean Monterrosa. pic.twitter.com/RBcax2UitT— Nuala Bishari (@TheBestNuala) June 5, 2020

Meanwhile, Monterrosa's family is raising funds for his funeral expenses. The GoFundMe effort has raised $121,715 as of press time.

Monterrosa was outside a Walgreens in Vallejo early the morning of June 2 when police received a report that the store was being looted.

Monterrosa was crouched in a half-kneeling position when an officer shot him five times. According to reports, the officer fired the shots through his own windshield.

The officer thought that what turned out to be a hammer that Monterrosa had reached for in his sweatshirt pocket was a gun, police stated. Monterrosa died at the hospital.

The officer who shot Monterrosa is on paid administrative leave, and the killing is being investigated by the Vallejo Police Department. The officer's name has not been released.

"Sean grew up in SF and attended City College," Mandelman wrote on Facebook. "He was kneeling and had no weapons in his hands."

California Attorney General Xavier Becerra announced an agreement Friday to work with the city of Vallejo and the Vallejo Police Department "to collaborate on a comprehensive policing plan in an effort to modernize and reform (the department's) policies and practices and increase public trust."

"This review and reform agreement we announce today with the City of Vallejo represents a critical step the Vallejo Police Department must take to build trust with people who have lost faith in them," Becerra stated in a news release. "When our communities speak up, we must listen — and, in recent days, people across California and the nation, and in Vallejo have bravely come together to make their voices heard. This is only a first step in our broader fight for racial justice. We must all do our part, and we must do it now."

Several hours earlier Jackie Fielder, a queer educator who is a candidate for state Senate District 11 (which covers all of San Francisco and parts of northern San Mateo County), said she wanted answers from Governor Gavin Newsom and Attorney General Xavier Becerra.

"It's been 3 days since Vallejo police murdered Sean Monterrosa who was on his knees when they shot and killed him," Fielder tweeted. "I haven't seen anything from @GavinNewsom or @AGBecerra on this. The family deserves answers."

As the Bay Area Reporter previously reported, protesters have been demonstrating nationwide for over a week against police killings and brutality following the killing of George Floyd, a black man, by Minneapolis Police.

Floyd died May 25 after white former Minneapolis police officer Derek Chauvin kneeled on his neck for more than eight minutes. Three other officers, all since fired, watched.

Newsom and the organizer of the GoFundMe did not immediately respond to a request for comment.