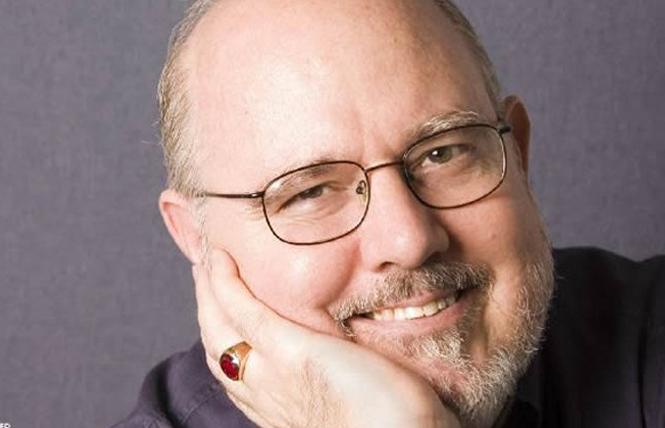 David Carter, a gay man whose book on the 1969 Stonewall riots was considered by many scholars and critics as the definitive text on the seminal event in LGBTQ history, died May 1 in his Greenwich Village apartment in New York City. He was 67.

The cause of death was an apparent heart attack, according to his brother, Bill.

Mr. Carter's death was first reported by the Washington Blade.

"Stonewall: The Riots That Sparked the Gay Revolution" (2004, St. Martin's Press) is a blend of meticulous academic research coupled with vivid interviews of participants and bystanders. The book became the basis for the highly regarded 2010 Peabody Award-winning documentary, "Stonewall Uprising," part of the PBS American Experience franchise.

In the introduction, Mr. Carter wrote about the herculean task ahead: "Research conducted for this history revealed that the riots occurred for a number of reasons having to do with timing, social history, cultural changes, local history, and geography, as well as political events ... all conspiring to answer the questions, why did a sustained resistance occur when the police raided this particular club? Why did gay men take a stand at that time and at that place?"

"David's book, along with Martin Duberman's collective biography of six Stonewall protagonists (1993), were foundational for my 2019 collection of primary sources on Stonewall ('The Stonewall Riots: A Documentary History,' NYU Press)," Stein wrote in an email to the Bay Area Reporter. "David also was very helpful and generous when I asked him to read a draft of my book's introduction. We certainly didn't agree about everything, but his comments and criticisms helped improve my work."

Stein wrote, "David wasn't as convinced as I was that the Watts rebellion of 1965 and other African American urban rebellions in the 1960s should be regarded as inspirations for the Stonewall riots; he saw no evidence for this, whereas I did. David also was deeply concerned about increasingly popular accounts that exaggerate the presence of trans people, people of color, and lesbians in the rebellion (in contrast, I was inclined to describe that presence as significant and important, without endorsing unsubstantiated claims that a majority of the rioters were trans people of color).

"In our conversations, David consistently emphasized the importance of 'the facts' and 'the truth;' these were commitments that served him well in producing and defending his work on Stonewall," Stein added.

In 1969, the teenaged Mr. Carter, pursuing a summer science program at the University of Georgia, heard a brief mention of the riots on the evening news, even though he wasn't aware yet of his own gayness.

In a speech before the National Center for Civil and Human Rights in Atlanta last year to commemorate the 50th anniversary of Stonewall, as reported by the Atlanta Journal-Constitution, Mr. Carter observed, "these people went against every idea I had of homosexuality, as they looked normal, young, happy, nice-looking, and there was this militancy, but it was a beautiful militancy, not a hate-filled militancy. All that to me was very winning."

This newly created face for the movement that inspired thousands of gays and lesbians across the country to join the campaign for LGBTQ civil and human rights would become Mr. Carter's life's work.

Mr. Carter's interest in history began with his master's degree in South Asian studies at the University of Wisconsin in Madison, where he successfully fought in the late 1970s to prevent the overturning of the city's gay rights law, reversing a trend started in Anita Bryant's discriminatory crusade in Dade County, Florida.

In 1996, he compiled his conversations with the gay poet Allen Ginsburg into a book, "Spontaneous Mind: Selected Interviews, 1988-1996." He also wrote two young adult books: "Issues in Gay and Lesbian Life," then "Lives of Notable Gay Men and Lesbians." Bolstered by his findings, in 1999 Mr. Carter, along with Andrew Dolkart, Gale Harris, and Jay Shockley, campaigned for the Stonewall riots site to be named on the National Registry of Historic Places. In 2000, it was declared a National Historic Landmark, culminating in 2016's designation as a National Monument during the Barack Obama administration. For the last 15 years Mr. Carter had been working on an unfinished biography of the late LGBTQ activist Frank Kameny.