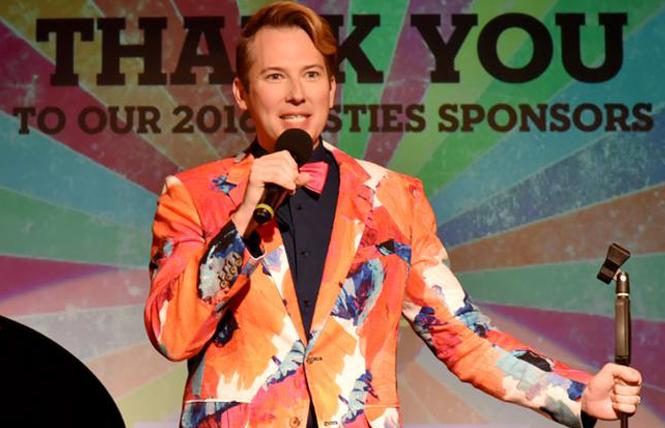 The Bay Area Reporter's online fundraising appeal has been extended for another month, due to a matching offer from an anonymous donor.

The paper launched the Indiegogo campaign in early April because the coronavirus pandemic has caused grave economic losses for the LGBT publication, which saw a drastic drop off in advertising.

"We have extended the deadline because an anonymous donor has pledged to pay for transaction fees if we achieve our goal and to match contributions beyond it until June 1," publisher Michael Yamashita wrote in an update. "So the amount raised above $30,000 will be doubled to support journalism at San Francisco's independently owned, legacy LGBTQ+ community news source."

Yamashita pointed out that over the years, the B.A.R. has focused on stories that mainstream media did not consider important: anti-gay discrimination in employment and housing; bias and fear of people with HIV/AIDS; victims of abuse and anti-gay violence; the plight of at-risk youth; and the unmet needs of LGBT elders.

"We've also supported thousands of LGBT artists through the years, with lively features, reviews, and nightlife coverage," he wrote. "Our publication has given voice to the vulnerable and is a record of our history. But only with your help can we continue to play this unique role."

Newsom allows video weddings
With county clerk offices closed around the state due to the stay-at-home order, couples have not been able to wed. Last week, Governor Gavin Newsom signed an executive order allowing adults to obtain a marriage license via videoconferencing during the coronavirus pandemic.

Under the executive order, adults will be able to obtain a marriage license, at the discretion of their local county clerk, through videoconferencing, as long as both adults are located within the state of California, are present, and can present identification during the video conference. The license can then be issued via email, according to a news release from Newsom's office.

Additionally, adults who wish to be married can conduct a ceremony to solemnize the marriage via videoconference, as long as both parties are present, and have at least one witness who can join the live videoconference, the release states.

Newsom, of course, made history in 2004 when, as San Francisco's mayor, he ordered city officials to issue marriage licenses to same-sex couples. While that action was later invalidated by the state Supreme Court, Newsom's action jump-started the marriage equality movement that ultimately led to a U.S. Supreme Court ruling legalizing same-sex marriage nationwide.

Newsom's executive order will be in effect for 60 days for those who wish to be married during that time.

The B.A.R. published an article April 30 about a gay San Francisco couple who were able to obtain their marriage license prior to the clerk's office closing, and were married last month.

Scheduled to appear will be gay state Senator Scott Wiener (D-San Francisco); Virginia Delegate Danica Roem, a trans woman; and Victory Fund President CEO Annise Parker, a lesbian who's a former Houston mayor. There will be a time for questions.

There is no cost to attend, but people are encouraged to purchase a virtual ticket to support the Victory Fund's work.

For more information and to sign up, go to https://secure.everyaction.com/2UsxfdSsC0CeP_C9PemTew2

PFLAG is a nonprofit for LGBTQ people, their parents and families, and allies.

While there is no cost to watch the online presentation, donations will be accepted.

The online event will be at www.pflag.org/mothersday

Newsom launches 'Make Your Mark' for seniors
Governor Gavin Newsom on May 1 launched "Make Your Mark," a program for older adults to share their stories about unique contributions, sacrifice, and heroism amid the COVID-19 crisis.

According to a news release from the California Department of Aging, the agency will share these stories during May, which is Older Americans Month. Older residents have responded to the pandemic through tele-work, volunteerism, leadership, self-care practices, tutoring, and lending a virtual hand, the release noted.

"Older adults in California were the first to answer our call to stay at home, but your contributions go above and beyond physical isolation," Newsom stated. "Your stories of service and sacrifice will inspire others to make their mark during this crisis, just as you have."

For more information on how to participate, visit www.aging.ca.gov/makeyourmark

In an email, the society stated that it is creating a collection to document life in the Golden State during the coronavirus outbreak. It wants stories from every corner of the state, including rural and urban areas, coastal communities, and desert towns.