Guest Opinion: COVID-19 reminds us how AIDS made us resilient 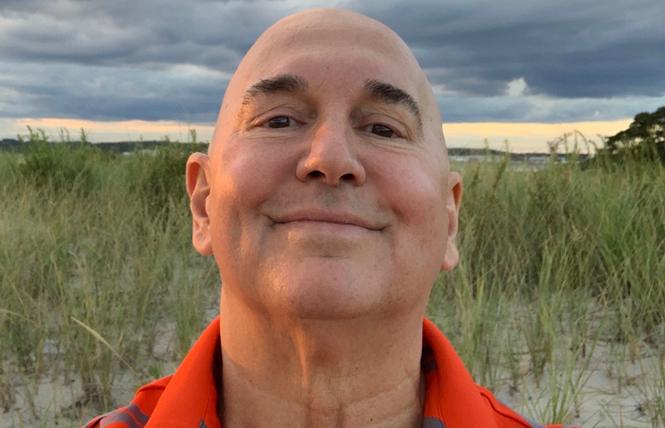 On my desk are three mementos of the AIDS pandemic. They remind me of what we lived through in the frightening early years of a plague that seemed hell-bent on killing gay men — and the high price we have paid for our resilience, as individuals and as a community.

Our resilience is once again being tested in the COVID-19 pandemic as we draw upon the lessons that our lives, and AIDS, forced us to learn under the duress of the earlier (and still ongoing) pandemic.

I deliberately titled my latest book and Psychology Today blog "Stonewall Strong" to make the point that we gay men (and others in our LGBTQ end of the spectrum) know a lot about resilience — and have much to teach others about it.

From the first time anyone points out that we are "different" and suggests that it makes us bad, less than, or wrong, we're forced to choose between telling our own story in our own voice — or letting our bullies tell it about us.

AIDS was the biggest bully ever. It brutalized our hearts, our chosen families, and our communities across the country and around the world. Those already prone to condemn and hate us for being different gloated in what they considered "proof" that even Mother Nature supported their prejudice.

But that public health crisis also forced so many of us to come out of our closets, embrace our true selves, and step up to support our community's heroic efforts to care for the sick and dying, prevent others from becoming infected, push in the streets and lobby in the corridors of power for the resources needed to address the pandemic's massive challenges.

AIDS created a level of solidarity and visibility LGBTQ America had never known before. Our efforts to meet its massive challenges revealed to us, and to the world, our courage, resolve, and tremendous love for one another. The Names Project's AIDS Memorial Quilt was our declaration to the world that we would tell the stories of our lives, our way. (The National AIDS Memorial Grove now oversees the quilt.)

The first gay men to go public about having AIDS understood this necessity to seize the narrative. They insisted in 1983 on being known as "people with AIDS" — not AIDS victims. They demanded that their personhood, not a medical diagnosis, define them. They understood the power of seizing authorship of their personal stories because it's what they'd already done in coming out. They weren't about to let stigmatizing attitudes about HIV/AIDS take away that power.

"Silence = Death" reads the black pin on my desk with an inverted pink triangle. It deliberately ties ACT UP's in-your-face efforts to "fight back, fight AIDS," as the group's slogan put it, with the persecution of gay men forced to wear the pink triangle in the Nazis' concentration camps 40 years earlier. The pin reminds me that information is power, that staying up-to-date with factual information matters and is an important way to tamp down anxiety and fear.

There's the red AIDS ribbon, a symbol of all those affected by HIV/AIDS and a banner of solidarity representing all of humanity's shared sorrow and determination to rid the world of that particular viral threat.

Finally there's a blue and pink check-patterned Origami crane. One morning in September 2016, while I was in San Francisco to do interviews for "Stonewall Strong," I was sitting in the National AIDS Memorial Grove in Golden Gate Park. A woman with whom I chatted, who identified herself as the artist who'd made a number of the cranes hanging on a nearby bush, plucked it off the bush and gave it to me.

The paper crane evokes for me the feeling of profound serenity I felt amid the grove's flowers, shrubs, and trees. It reminds me of the three words carved in the slate pavers of the grove's Circle of Friends: Healing. Hope. Remembrance. They really are the cornerstones of resilience.

Healing happens when the story we tell ourselves about our suffering focuses on how we have managed to carry on, rather than how it has traumatized us.

Hope is what keeps us looking forward rather than at what's behind — or even, at times, going on all around — us.

And remembrance is about not forgetting the tremendous price we have paid for our resilience, measured in buckets of tears and old address books full of the names of our dearly departed.

Not far from the Circle of Friends in the grove is Dogwood Dell, and another carved stone. Its simple message encapsulates everything the grove stands for. "L'Chaim — To Life!" it says.

The grove itself shows us that in spite of our losses from AIDS and, now, COVID-19, we know it's possible — even necessary — to mourn and honor the memories of our fallen loved ones even as we celebrate and get on with life.

In learning to tell our stories as survivors, not victims, we find the resilience that will get us through another pandemic.