Most Americans are never tested for HIV 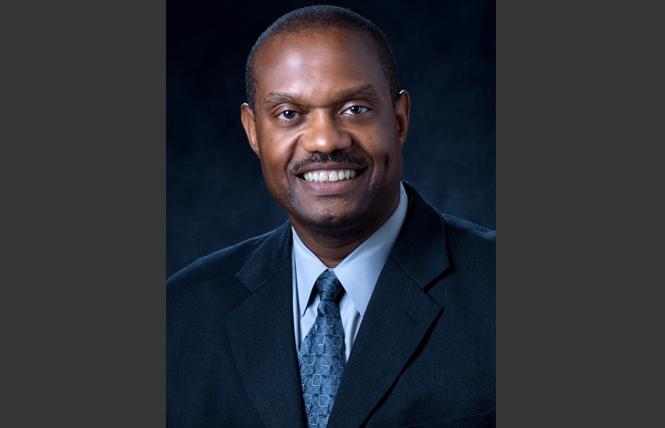 Dr. Eugene McCray is the director of the CDC's Division of HIV/AIDS Prevention. Photo: Courtesy CDC

Less than 40% of Americans have ever been screened for HIV, and only around a third of those at greatest risk had a test during the past year as recommended, according to a new report from the Centers for Disease Control and Prevention.

The report, focused on 50 localities that account for more than half of new HIV diagnoses and states with a disproportionate rural HIV burden, found that lifetime and recent testing rates varied widely among cities. San Francisco's rates were above average — though not in the top 10 — while Alameda County had among the lowest rates.

The CDC recommends that everyone between the ages of 13 and 64 should be screened for HIV at least once in their lifetime, while those at higher risk should be tested more often. The CDC says sexually active gay and bisexual men should receive HIV tests at least once a year, though the San Francisco Department of Public Health recommends quarterly testing. The CDC also recommends annual testing for people who inject drugs, those with more than one sex partner since their last HIV test, and people who have been diagnosed with other sexually transmitted infections, hepatitis, or tuberculosis.

"Getting tested for HIV is quicker and easier than ever before — and when you take the test, you take control," Dr. Eugene McCray, director of the CDC's Division of HIV/AIDS Prevention, said in a statement. "It's my hope that through the initiative to end the HIV epidemic, we will increase testing and early diagnosis, speed linkages to care, and help ensure rapid treatment is available to help save lives and prevent new HIV infections."

The Ending the HIV Epidemic initiative, announced in President Donald Trump's State of the Union address in February, aims to reduce new infections by 90% by 2030. The plan will focus first on the 50 local jurisdictions where a majority of recent HIV diagnoses were concentrated — 48 counties, Washington, D.C., and San Juan, Puerto Rico — as well as seven states with disproportionately high HIV rates in rural areas.

For the new report, CDC researchers analyzed data collected in 2016 and 2017 from the Behavioral Risk Factor Surveillance System, a national population-based telephone survey. Respondents were asked whether they had ever been tested for HIV (outside of blood donation), the date of their last test, and their risk behavior during the past year.

The survey found that 39% of all adults had ever received an HIV test. Among the 50 local jurisdictions, the proportion who had ever been tested ranged from 37% in Maricopa County, Arizona, to 71% in Washington, D.C. Alameda County (38%) and Seattle (39%) were second and third to last, with rates similar to those seen in rural Southern states. San Francisco's lifetime testing rate was 52%, falling below cities such as Baltimore, Miami, New York City, and San Juan.

About 3% of the 15,701 survey respondents reported recent HIV risk behavior. Within this group, two thirds had ever been tested for HIV, but just 29% had been tested within the past year, as recommended. Here too, the proportion of people recently tested was lowest in Alameda County, Maricopa County, and Seattle. San Francisco's rate of 15% made it to the upper half of the range, while the Bronx had the highest rate at 31%.

"Testing percentages varied widely by jurisdiction but were suboptimal and generally low in jurisdictions with low rates of diagnosis of HIV infection," the CDC researchers wrote. "To achieve national goals and end the HIV epidemic in the United States, strategies must be tailored to meet local needs. Novel screening approaches might be needed to reach segments of the population that have never been tested for HIV."

These strategies, they suggested, could include routine HIV screening in health care settings, integrating HIV screening with other sexual health services, scaling up partner notification and screening of others in the same social and sexual networks, pharmacy-based screening, and mass distribution of HIV self-tests.

"Diagnosis and treatment are the first steps toward affording individuals living with HIV a normal life expectancy," said CDC Director Dr. Robert Redfield. "As we encourage those at risk for HIV to seek care, we need to meet them in their journey. This means clearing the path of stigma, finding more comfortable ways of delivering health services, as well as learning from individuals already in treatment so the journey becomes easier for others who follow."