Transmissions: It's my body 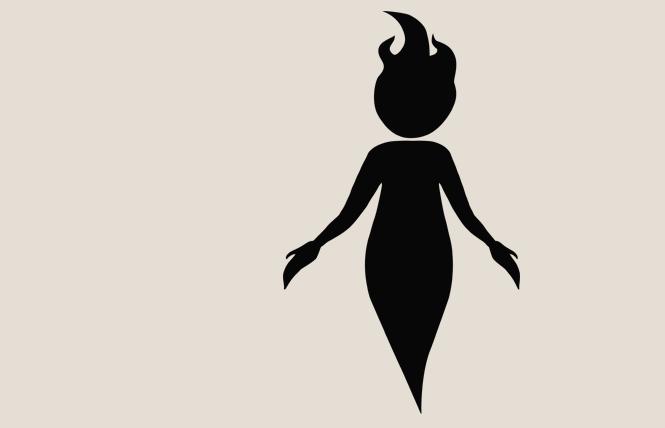 Traversing transgender medical care is a handful. The way it was done when I started out, you had to go to two different therapists for evaluation, which often took months at best, before you could even access hormones, and you were required to live at least one year in your chosen gender before surgery.

There was more to it than that, and this is where things got challenging. While I had pretty good therapists to work with, who had a better grasp than most, many others were not so lucky. In some cases, you had to exist in a pastiche of femininity in order to meet the expectations of one's caregiver, focusing on the artifice of womanhood from an often-regressive view. Think skirts, dresses, and makeup, as well as talking about overly feminine topics in order to unlock the door to care.

In some places, you were required not to associate with other transgender people, not to be gay or lesbian, and even cut off contact with anyone or anything from your past. Also, in some of the worst examples, you would face probing — literally and metaphorically — about your sexuality, or even be held hostage by doctors who had to find themselves attracted to you before you could access care: literally, if they did not find a given trans woman attractive, they would refuse care, saying that she wasn't somehow "real" or "committed."

A lot of that has changed, and many — including myself — get our care on what's known as an "informed consent" model. As long as they give me all the information about what may happen from the hormones I ingest, and still wish to have them, then I may get a prescription for a bottle of pretty, blue estradiol pills.

The place I go for care is one of my local Planned Parenthood clinics. It treats both trans men and trans women, as well as those who are gender fluid or nonbinary. It's been pretty good to me.

Planned Parenthood, for the uninitiated, provides a host of reproductive medical care services aimed at women. This can include checkups, birth control, cervical cancer screenings, sexually transmitted disease testing, and — in some locations — abortion services. The clinic I go to regularly has people nearby with signs decrying abortion, even though the location I go to doesn't provide such services.

In the last couple of weeks, states across the country have been gearing up to destroy Roe v. Wade, and usher in another era of restrictive, anti-abortion law. The gloves are off, and restrictive bills are passing that outlaw abortion at six weeks or so — long before most people even realize they might be pregnant — with no exception for rape or incest.

Many of these bills also put criminal penalties on medical providers who provide abortion-related services and, yes, that includes providers like Planned Parenthood.

I don't think it's a mistake at all that transgender people are being attacked by the same people who attack women and care providers over abortion rights. Really, both groups are seeking the same thing: body autonomy.

I doubt the concept is foreign to many of you reading this, but just in case, I'll explain. Bodily autonomy is the right a person has over their own body, and personal control over what their body is used for.

It is thanks to the notion of body autonomy that one cannot be forced into donating blood, or having one's organs harvested after death without consent. This same right is why a woman shouldn't be forced to undergo a pregnancy she doesn't want, or why a transgender person should not have care withheld because their appearance did not get their care provider an erection.

There are plenty of people who will try to justify why body autonomy might apply when it comes to a blood transfusion but not when it comes to transgender people or abortion care. They'll talk about pregnancy and the cells forming a new body. They might tell you about transgender people being "delusional" and, therefore, not able to decide what is best for themselves.

They may trot out the belief that both those providing transgender care and those providing abortions are going against "God's will," as if they have the right to speak for the whims of their deity.

I've said it before: the number one right any person has is the right to exist. Part of existence surely involves the body you inhabit and what you choose to do with it. Those choices should not be up to any religion, or political party, or, frankly, anyone but the person.

Transgender people, in spite of what some might try to tell you, don't make the decision to transition lightly. We often try everything we can not to have to go through a transition that can alienate us from family and friends, make it hard to gain and keep jobs and housing, and in which we will face a far greater chance of death. We do it anyway, because for us it is the best, only option that fits ourselves.

Likewise, those seeking abortion are not rushing headlong into such a decision. It's not such a careless thought as some might wish you to believe, but something equally agonized over. It's something chosen because the alternatives are simply not bearable.

With that said, I stand firmly opposed to any law that would seek to take away the body autonomy of any person. It is unnecessary and cruel.

Gwen Smith may not be fond of her body, but it's still hers. You'll find her at www.gwensmith.com.