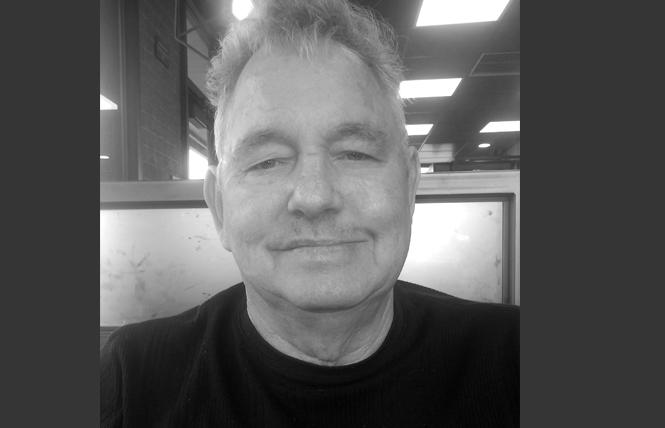 Pittsburg resident Larry R. Reasoner is suing the East Bay city and several officials over a recent incident in which he alleges he was involuntarily committed while his home and belongings were confiscated and — in many cases — destroyed.

Reasoner, 65, filed the suit last month in U.S. District Court for the Northern District of California. He claims that this was the final skirmish in an ongoing battle with Pittsburg police Lieutenant Roderick DuPont, who targeted him because he is gay.

"There's a long history between Mr. Reasoner and Officer DuPont," plaintiff's attorney Tyler Welti with law firm Venable LLP said, when asked about the background of this case. "We're focused on the most recent and pertinent issues: the improper service and execution of this warrant, the destruction of nearly everything Reasoner owns, and the loss of his home and property. But there's a lot more there."

The suit alleges that in the course of his duties, DuPont asked Reasoner why he and his partner didn't just leave the city, elaborating, "Why don't you move to San Francisco where your kind belong?" The alleged pattern of harassment and intimidation documented in the suit go back several years, including an order to Pacific Gas and Electric Co. to turn off Reasoner's electricity, and a compound accumulation of large fines for alleged nuisance code violations. Reasoner claims this behavior escalated due to DuPont's vocal homophobia.

DuPont is named in the suit as the primary aggressor in the matter. Reasoner's account of events describes a long-term campaign of harassment that used nuisance charges to cover an overt dislike of gay people that included Reasoner and his now-deceased partner, Ignacio Rodriguez. Reasoner describes DuPont's actions as including insisting on his right to enter and "inspect" the plaintiff's property without a warrant, taking photos of Reasoner from his squad car, and making comments on how gay people need to be "fixed."

The alleged actions against Reasoner took place between January 2014 and December 2017, when Reasoner was placed on a 72-hour psychiatric hold according to the complaint.

On the day of his commitment and the seizure of his property, Reasoner reported that DuPont told him, "I'm going to teach you a lesson you will never forget." Once Reasoner was placed in medical custody on DuPont's orders, DuPont allegedly acted on an incomplete warrant served on insufficient notice, towing cars and motorhomes, emptying Reasoner's storage units, dumping and destroying the plaintiff's tools, family photos, antiques, and other personal possessions.

The suit details the fate of Reasoner's motorhome and fifth-wheel trailer: Fernandes Auto Wrecking and Towing Inc., named in the suit for acting as an agent of the city, towed Reasoner's motorhome to its lot. Once it was stowed there, Fernandes Towing allegedly allowed an employee to live in it without Reasoner's knowledge or consent. Reasoner claimed he received photos from an individual with access to the tow lot that prove the trailer was occupied by a tenant there. The suit claims that the fifth-wheel and motorhome were later destroyed by Fernandes Towing at DuPont's request.

The city of Pittsburg has placed a cost of abatement lien on Reasoner's property totaling over $33,000. His suit alleges that the abatement was carried out illegally in the absence of the property owner, and dependent on a warrant that lacked sufficient particularity. Reasoner claims the city and its agents have not provided him with any information on how he can reclaim his property, or even an inventory of what was seized.

When asked about his feelings on the matter, Reasoner told the Bay Area Reporter in a phone interview, "I lost everything that I worked my whole entire life for. Forty-seven years in construction ... I lost it all. I ended up with nothing, not so much as a pair of socks.

"My Nacho committed suicide, thinking he'd be a burden on me if we got kicked out," he added, referring to his deceased partner. "I probably won't get anything back. I'm scared of payback from the police and the city. But I deserve to be paid for what I lost. And DuPont should be in prison for the rest of his life."

Neither the city of Pittsburg nor Fernandes Towing responded to requests for comment.