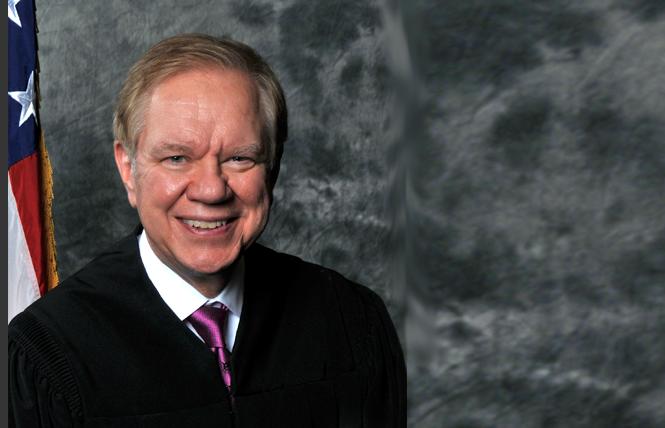 For the first time, a federal appeals court has ruled that a local government can exclude a child foster care agency from city-funded programs if the agency refuses to abide by a local ordinance that prohibits discrimination based on sexual orientation.

In Catholic Social Charities v. Philadelphia, the Catholic-run child placement group tried to claim an exemption to the city's non-discrimination law by contending its refusal to place children with same-sex couples was based on its religious beliefs. But a three-judge panel of the 3rd U.S. Circuit Court of Appeals said Monday, April 22, that the agency's religious views did not entitle it to an exemption from the city's non-discrimination law.

"The city's non-discrimination policy is a neutral, generally applicable law, and the religious views of CSS do not entitle it to an exception from that policy," stated the panel. The judges said CSS had failed to make a "persuasive showing that the city targeted it for its religious beliefs, or is motivated by ill will against its religion. ..." The judges said the non-discrimination law was based on the city's "sincere opposition to discrimination on the basis of sexual orientation."

The American Civil Liberties Union, which was an intervenor on behalf of LGBT parents in the case, declared victory.

"This is a victory for the thousands of children in Philadelphia's child welfare system," said Leslie Cooper, director of the ACLU's national LGBT Project. "... Prospective foster and adoptive parents should be judged by their capacity to provide love and support to a child, not the religious views of a tax-funded agency."

The religious-based legal advocacy group Becket, which led the lawsuit on behalf of CSS and several foster parents who used CSS, expressed disappointment with the ruling and said it was weighing its options for appeal.

"This ruling is devastating to the hundreds of foster children who have been waiting for a family and to the dozens of parents working with Catholic Social Services who have been waiting to foster a child," said Lori Windham, senior counsel at Becket. "We're disappointed that the court decided to let the city place politics above the needs of kids and the rights of parents, but we will continue this fight."

The conflict in Philadelphia mirrors that in some other major cities, including Boston and Lansing, Michigan, where child placement agencies run by religious-based groups have sought government funding for their work but have refused to abide by local or state laws prohibiting discrimination based on sexual orientation. It also exacerbates a growing crisis in many cities and states that are experiencing an increased number of children needing placements — sometimes on an emergency basis — due to the opioid crisis.

In Philadelphia, the city Department of Human Services learned that two child placement agencies receiving funds from the city were refusing to place children with same-sex couples who were willing to serve as foster parents. When confronted, the two agencies claimed they were acting on their religious beliefs. The city did not challenge that claim but stopped referring children to the two groups.

One of the groups, CSS, filed a lawsuit, claiming its First Amendment right to free exercise of religion was being violated. A district court judge ruled against CSS's request for a preliminary injunction and the appeals panel upheld that ruling. Typically, the case would go back to district court for a hearing on the First Amendment issues raised by CSS. But the group could choose to ask the full appeals court bench for a hearing or even go directly to the U.S. Supreme Court with a petition.

A similar dispute in Massachusetts ended with Catholic Charities pulling out of state-funded child placement programs. In Michigan, a federal judge ruled against St. Vincent Catholic Charities last September, saying a lawsuit on behalf of the same-sex couples by the ACLU could proceed against a state policy allowing adoption agencies to discriminate if the agencies claim such adoptions would violate their religious beliefs. That conflict is still under litigation, but another faith-based child placement group in Michigan announced Monday it would end its policy of excluding same-sex couples.