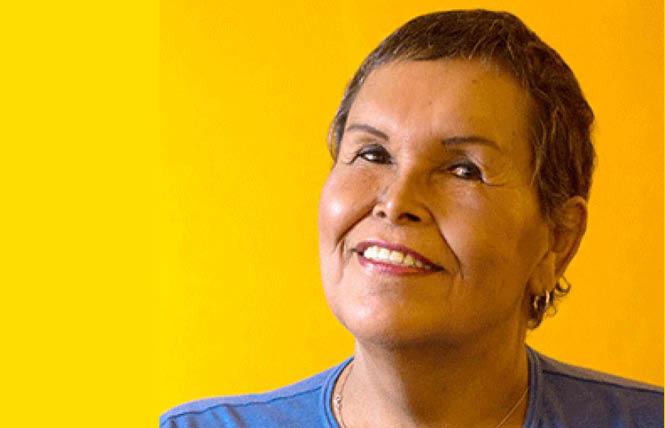 Felicia Elizondo, a transgender woman and longtime AIDS survivor, resigned April 16 from the San Francisco Department of Aging and Adult Services Commission after just a few weeks in the post.

In a phone interview Wednesday, April 17, Elizondo, 72, said the workload was more than she anticipated.

"I went to my first meeting and I felt really, really lost," Elizondo told the Bay Area Reporter. "I got stressed out and depressed."

Mayor London Breed appointed Elizondo to the panel in early March. Elizondo attended her first meeting March 6 and said she was "overblown" by the amount of reading required, including the Sunshine ordinance and other materials.

"The reason I really resigned is that when I was a little boy I was harassed and traumatized and hated to read," she said.

Elizondo said that she sent a resignation letter to the mayor and apologized. Breed's spokesman Jeff Cretan confirmed that.

Elizondo said she was honored the mayor asked her to serve.

Elizondo was one of the participants in the Compton's Cafeteria riot in the city's Tenderloin district. She is featured in the 2005 documentary "Screaming Queens: The Riot at Compton's Cafeteria." On a night in August 1966, transgender and queer patrons of the eatery stood up to police, fed up at being repeatedly arrested on sex work charges and routinely harassed in general. The event took place three years prior to the more famous riots at the Stonewall Inn gay bar in New York City.

In 2012, Elizondo was appointed to the San Francisco LGBT Aging Policy Task Force but later resigned that seat.