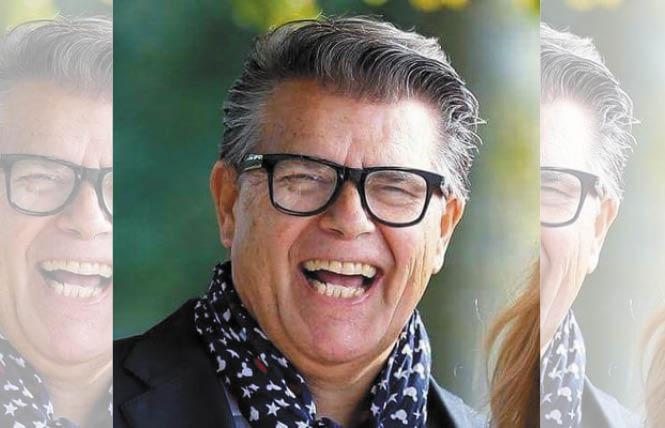 Recently, a Dutchman named Emile Ratelband began a unique legal fight. He wanted to legally change his age. At 69, he claimed that his age made it hard for him to score on dating sites and requested to be 49 instead.

This isn't the first time Ratelband has courted controversy. He fought to name two of his seven children, a pair of twins, "Rolls" and "Royce." He also started his own political movement, the Ratelband List, after he failed to become leader of the Livable Netherlands party. His party fizzled out, gaining no seats in the government.

Ratelband fancies himself a "positivity guru" and seems to be a bit of an attention seeker — with this claim over his age, he has found his new pet cause.

His attempt brings to mind Nkechi Diallo, who as Rachel Dolezal famously claimed to be a black woman in spite of her white European ancestry. She claimed that she identifies as black. That Caitlyn Jenner was in her long and somewhat messy coming out process at the same time led to both stories being compared in the media, with statements akin to, "Well, if Jenner can change gender, why can't Diallo change her race?"

Now, I think humans, overall, seek to understand the world in which they live. They want to make sense of the things they see. Nevertheless, they have a handicap: they can only see things from within their own little reality tunnel. It's the old parable of the blind men and the elephant writ large.

So when they attempt to understand transgender people, they find themselves in a bind. They can only see two reasons why someone would undergo such a task as transition. For them, it boils down to this: transgender people can only be crazy or criminal.

What's more, this same attitude is at the heart of every argument against trans rights.

The arguments against transgender people sharing public accommodations with members of their gender are usually painted with grim, alarmist language about "men being allowed into women's rooms," and are treated as if they will have a nefarious intent.

This is the criminal narrative. It's people who could only picture themselves transitioning for an unlawful reason. The example that comes to mind is Mike Huckabee's claim he would have sneaked into the women's locker room in high school by saying he was trans.

"I'm pretty sure that I would have found my feminine side and said, 'Coach, I think I'd rather shower with the girls today,'" Huckabee, a former Arkansas governor and Republican presidential candidate, said at the 2015 National Religious Broadcasters Convention "You're laughing because it sounds so ridiculous, doesn't it?"

As an aside, trans men are largely forgotten in this. I say this not for the "gotcha" of "but then you'll let a guy like Buck Angel into the ladies room," which reinforces the "nefarious purpose" myth, but because the narrative itself is rooted in misogyny.

Why is that? Again, thinking from the non-trans mindset, a man "wanting to be a woman" is viewed as a "lesser" thing, and a guy would only "lower himself" to be a woman for mental illness or malevolent purpose.

Anyway, this is also one of the reasons there used to be cross-dressing laws in this country. Wearing the clothes of the opposite gender was viewed as deceptive, though at the time it was largely viewed as a way to thwart homosexuals "tricking" straight men.

On the other side of the coin is this belief that transgender people are mentally ill. Once again, a non-transgender person can't see why we would do what we do — and if not for a criminal reason, then we must simply be mentally ill.

It probably did not help that for many years transgender people had to claim mental illness for care — and in many cases still have to. By being medicalized, transgender people largely lost agency. Experts had to declare that we were "mentally ill" to receive treatment for a physical condition.

One thing that doesn't change when trans people are viewed as dishonest or demented is that non-transgender people see us as beings that cannot be trusted. This is a problem.

By being disallowed our own agency, and assumed to be untrustworthy in one way or another, transgender people face an uphill battle of Sisyphean proportions. We can't win until people learn a third way of looking at us.

Transgender people are simply another natural variation. We do not exist because we wish to gain an unfair, criminal advantage of our non-transgender peers, nor are we mentally incapacitated. It's because this is what we have to do to be comfortable in the very skin we inhabit.

It is certainly not so we can find more dates on Tinder, I can assure you.

Ratelband and Diallo may have found their moment of nefarious fame, and that has come at the expense of transgender people who have faced decades in a very treacherous dichotomy.

What they have done has nothing to do with transgender people, and until non-transgender people learn this, we will continue to see deceitful people latch onto similar narratives for their own ill gain.

Gwen Smith has never been called a positivity guru. You'll find her at www.gwensmith.com.