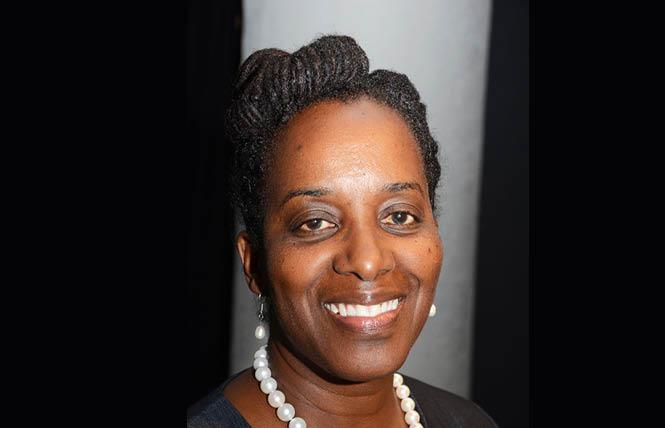 Three lesbian California legislative candidates considered the most likely to win were trailing in their races as of Wednesday morning. And LGBT political leaders had held out hope the trio would overtake their opponents as additional ballots were counted.

Otherwise the California Legislative LGBT Caucus will see its membership shrink in the next legislative session. Currently, there are eight out members of the state Legislature, four each in the Assembly and Senate.

Should gay state Senator Ricardo Lara (D-Bell Gardens) hold on to his lead in the statewide insurance commissioner race then he will depart in early 2019. It would take all three of the lesbian candidates seen with having a shot at winning their races to bring the LGBT caucus's membership up to a historic record of nine members.

But that outcome became unlikely when the Associated Press Wednesday afternoon called the race for the open 15th Assembly District seat, which stretches from Richmond south into parts of Oakland, for former President Barack Obama staffer Buffy Wicks.

On Election Night she was leading lesbian Richmond City Councilwoman Jovanka Beckles by 12 percent in the only competitive Bay Area contest with an out candidate. Wicks will succeed Assemblyman Tony Thurmond (D-Richmond), who was trailing Wednesday in his bid to be the state superintendent of public instruction.

"Thanks to your hard work and dedication, and the belief of thousands of our neighbors and friends, I am so excited to announce WE DID IT! The Associated Press just called our race, and we won with 56% of the vote!" wrote Wicks in an email to supporters.

After the polls closed Beckles wrote on Twitter, "Thank you to everyone who volunteered, voted, donated, or otherwise supported our people-powered campaign. No matter what happens, I'm energized by the movement we're building. Let's keep fighting."

Of the four out incumbent Assembly members running for re-election this year, the only one who had been considered vulnerable was lesbian Assemblywoman Sabrina Cervantes (D-Corona). The freshman lawmaker faced a strong challenge for her 60th Assembly District seat from Republican federal prosecutor Bilal "Bill" Essayli.

The state GOP had targeted Cervantes for defeat, using her vote for the state's controversial gas tax increase against her. Adding to her difficulties was the gas tax repeal measure, which was soundly defeated by voters but helped drive GOP voters to the polls.

Cervantes was holding on to a three-vote lead Wednesday morning against Essayli. They were statistically in a dead heat at 50 percent of the vote.

In Palm Springs, aging expert Joy Silver was behind by 7.4 percent against Senator Jeff Stone (R-La Quinta) in their race for the state's 28th Senate District seat. Stone is one of the most anti-LGBT members of the Statehouse.

As of Wednesday morning Silver was waiting for more results to come in. She alerted her supporters via her social media accounts that, "If you would like to watch the results as the votes roll in we have a tracker up on my homepage. #ForTheWin!"

If you would like to watch the results as the votes roll in we have a tracker up on my homepage. https://t.co/7NXQDmecuV #ForTheWin!— Joy Silver 28th CA (@JoySilver2018) November 7, 2018

There were a total of 12 LGBT-identified candidates running for state legislative seats Tuesday. The only clear winners were the three other Assembly incumbents.

Lesbian Assemblywoman Susan Talamantes Eggman (D-Stockton) easily bested her Republican opponent, Antonio M. Garcia, for her 13th Assembly District seat. She had close to 63 percent of the vote as of Wednesday morning.

Gloria, who represents the 78th Assembly District, defeated his opponent, Maggie Campbell, with close to 69 percent of the vote.

In San Diego, lesbian real estate agent Sunday Gover, who lives with her partner and their four children in Scripps Ranch, was unable to defeat Assemblyman Brian Maienschein (R-San Diego). He received 53 percent, while Gover netted 47 percent of the vote.

Maienschein, a former San Diego city councilman, was first elected to his 77th Assembly District seat in 2012 and has been very supportive of LGBT legislation over the last six years. The statewide LGBT advocacy group Equality California had dual endorsed in the race but later rescinded its support of Maienschein for his voting against one of its bills this legislative session.

Sonia Aery, a queer Chico-based insurance agent and small business owner, lost to Assemblyman James Gallagher (R-Yuba City) in the 3rd Assembly District. He was re-elected with more than 60 percent of the vote to his seat, which includes all of Sutter, Yuba, Glenn, and Tehama counties, and about half of Butte and Colusa counties.

In the race for the 73rd Assembly District seat, gay Mission Viejo Realtor and grandparent Scott Rhinehart lost to the incumbent, Assemblyman William Brough (R-Dana Point), who secured victory with 58 percent of the vote.

Henry Gomez Nickel, a gay man who serves on the San Bernardino City Council, had presented the best chance in years for an LGBT Republican to be elected to the state Legislature. Nickel, whose husband is an immigrant from El Salvador, was seeking the open 40th Assembly District seat.

But he faced a well-funded Democratic opponent in San Bernardino County Supervisor James Ramos, who secured his election with 57 percent of the vote. Nickel received close to 43 percent.

Gay GOP Ontario resident Matthew Munson ran against state Senator Connie M. Leyva (D-Chino) in the 20th Senate District, which encompasses parts of the Inland Empire. He had no chance of defeating her, however, and Leyva sailed to another term with nearly 66 percent of the vote.