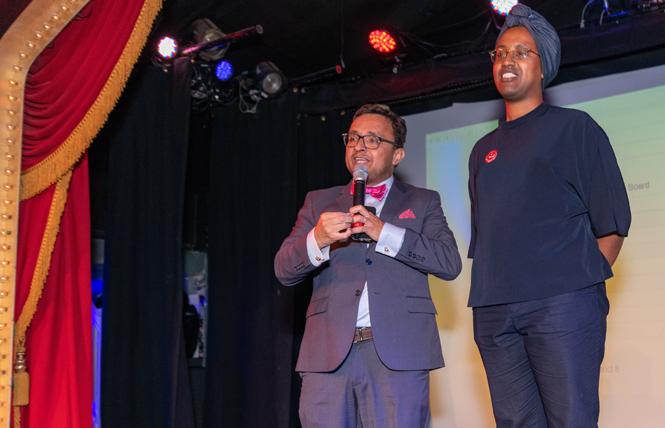 The Democratic takeover of the U.S. House of Representatives Tuesday night was modest by the numbers: Democrats took at least 29 House seats held by Republicans and lost only one to the GOP. Two of the 29 were won by openly lesbian candidates: Angie Craig in Minnesota and Sharice Davids in Kansas.

But the victories in districts across the country served to provide a check on President Donald Trump, and likely will see House Minority Leader Nancy Pelosi (D-San Francisco) again take the speaker's gavel. The Democrats' victory is also the result of a rainbow wave that saw historic victories by LGBT candidates in House seats across the country. [See related story.]

Though all the House races have not yet been decided (including bisexual candidate Katie Hill's bid to win a seat in California's 25th Congressional District), most of the math is clear: Democrats will hold the majority in the House in the next congressional session.

The implications for LGBT people are profound. The Republican-majority Congress since 2010 has completely blocked any consideration of pro-LGBT legislation and advanced bills with language that eliminates many protections for LGBT people. Even before Trump won election, the Republican-controlled House orchestrated the defeat of a funding bill in order to thwart efforts to retain pro-LGBT language in an executive order by President Barack Obama. And in September, the Republican-controlled House Appropriations Committee inserted language in an appropriations bill that would have allowed child welfare groups to refuse LGBT people as potential adoptive or foster care parents. (The language was eventually removed.)

The Democratic House victory means that Pelosi, a strong LGBT equality supporter, will likely resume her previously held position as House speaker, though some Democratic House members have hinted they may challenge her for the position. The vote on that will take place November 28. 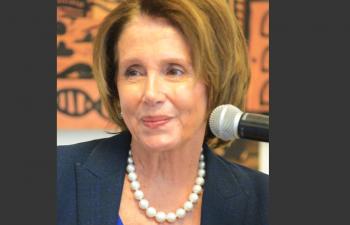 Nancy Pelosi is poised to return as House speaker in the next Congress. Photo: Rick Gerharter

Pelosi, whose district covers much of San Francisco, has campaigned for many LGBT candidates, hired many for her staff, and has been an outspoken defender of LGBT people in the face of numerous Republican attacks. She won re-election Tuesday with 86 percent of the vote. By contrast, current Speaker Paul Ryan (R-Wisconsin) has voted against equal rights for LGBT people. (He is retiring after opting not to seek re-election.)

Gay Congressman David Cicilline of Rhode Island might also benefit from the Democratic House victory. Before the elections, he announced he would run for assistant Democratic leader, just two rungs down from Democratic leader, a position currently held by Congressman James Clyburn (South Carolina). Clyburn told the Hill newspaper that, with Democrats in control, he would like to return to the majority whip position, in which he served the last time Democrats were in control.

The Democratic House victory was especially sweet for the Human Rights Campaign, the nation's largest and best-funded organization working for LGBT equality. HRC said it registered more than 32,000 voters, recruited 4,200 campaign volunteers, and knocked on more than 80,000 doors for pro-LGBT equality candidates.

By helping win a Democratic majority in the House, said HRC President Chad Griffin, the group ensured that "The days of attacking LGBTQ people for political gain are over, and the American people will not stand for lawmakers who try to drum up votes by trafficking in hate."

Meanwhile, Republicans have secured a 51-seat majority in the Senate. Although three Senate races were still undecided as of Wednesday morning, the outcomes will not change the majority in that chamber.