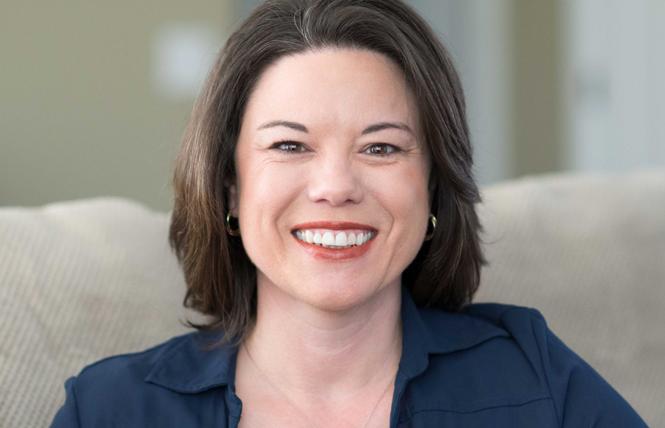 As the first returns in Minnesota's 2nd Congressional District began to emerge Tuesday night, it looked as if lesbian businesswoman Angie Craig would lose — a second time — to a former talk show host who once compared LGBT people to criminals. Craig, a Democrat, was trailing Republican Representative Jason Lewis three hours after polls had closed. But before midnight, a "blue wave" began breaking in the state, and Craig's campaign delivered, not only its own victory but an important win for the LGBT community and a critical threshold that ensured Democrats would take back control of the House of Representatives.

Overall Tuesday night, openly LGBT candidates picked up three new seats in the House: Craig in Minnesota, Chris Pappas in New Hampshire, and Sharice Davids in Kansas. Davids also made history by becoming one of the first two Native American ever elected to Congress. All three were the first out candidates to win election to Congress from their states.

Congressman Jared Polis (D) won his historic bid to become governor of Colorado and the first openly gay man to be elected governor of any state.

And, in Massachusetts, voters soundly said yes to retaining a state law that prohibits discrimination based on gender identity in public accommodations — the first statewide vote on such protections.

There were not blue waves in every state November 6 and, so, there were some disappointing losses for the LGBT community and the Democratic Party. Christine Hallquist (D), a transgender woman, fell short in her bid to unseat Vermont's Republican incumbent Governor Phil Scott. And lesbian Gina Ortiz Jones (D) fell just 689 votes short of defeating a Republican member of Congress from Texas.

But there were also some historic races with no winner yet declared as of Wednesday morning: bisexual Congresswoman Kyrsten Sinema's (D) bid for a U.S. Senate seat from Arizona was still in limbo. With 99 percent of precincts tallied, Sinema had 48.46 percent of the vote to Republican Martha McSally's 49.30 percent. In Michigan, lesbian attorney Dana Nessel won with 48 percent of the vote. And bisexual Democratic candidate Katie Hill eked out a razor-thin win over Republican incumbent Congressman Steve Knight in California's 25th Congressional District, declaring victory Wednesday afternoon after Knight conceded.

According to the national LGBTQ Victory Fund, 2018 marked the first time in U.S. history when there was an openly LGBT candidate running for office in every state. The Victory Fund endorsed 225 LGBT candidates on the ballot Tuesday, calling it an "unprecedented rainbow wave."

Victory Fund CEO Annise Parker said Baldwin's re-election to the Senate was among the community's "highest priorities" for 2018.

"To see this champion of equality handily defeat her anti-LGBTQ opponent was phenomenal," said Parker. 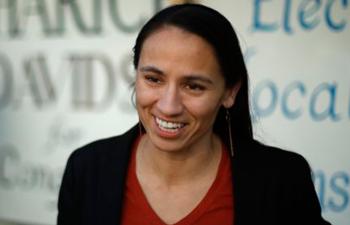 A new Congress
Out LGBT candidates were running for 23 seats in the House and four in the Senate. They won at least seven House seats and one Senate seat (Baldwin).

The four incumbent LGBT U.S. representatives running for re-election all won: David Cicilline in Rhode Island (who is expected to seek a leadership position in the newly Democratic House), Sean Maloney in New York, Mark Pocan in Wisconsin, and Mark Takano in California. The newcomers, so far, will be Pappas, Davids, Craig, and Hill.

The new LGBT caucus members, all Democrats, now join a House that on Tuesday night switched majorities from Republican to Democratic. Human Rights Campaign President Chad Griffin applauded the "millions of Americans who stood up and fought back" against the Trump administration, saying "we have succeeded in restoring a sane, pro-equality majority to the House and placing a check on this administration's hateful agenda." 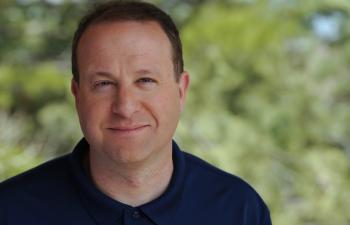 In Colorado, Polis won with a 6-point lead over his Republican opponent.

Both losing LGBT candidates for governor earned strong support at the ballot box, despite coming up short. Hallquist, a state energy activist who became the first transgender candidate to win a major party nomination for governor, won a robust 40.5 percent of the vote but was ultimately beaten by Scott, a popular incumbent in Vermont.

Transgender referendum
Voters in Massachusetts did not vote as strongly to keep a transgender non-discrimination law as polls had predicted. The latest poll predicted 74 percent would vote to retain the two-year-old law. But, with 82 percent of the vote in, 68 percent voted yes on Question 3, still ensuring the law would remain intact.

"By winning the first statewide popular vote on transgender rights, Massachusetts voters reaffirmed our Commonwealth as a place that fiercely defends our basic values of dignity and respect for everyone," said American Civil Liberties Union of Massachusetts Executive Director Carol Rose.

Question 3 marked the first time voters statewide had been asked to vote on whether state non-discrimination laws should prohibit discrimination based on gender identity.

State legislatures
There were at least 101 openly LGBT candidates for state legislative offices Tuesday: 85 state House or Assembly seats and 16 for state Senate seats, in a total of 26 states. Of the 85 running for state house seats, 62 won, 18 lost, and five were still undetermined at deadline. Among the many "firsts" recorded Tuesday, Megan Hunt became the first openly LGBT candidate elected to the Nebraska Legislature.

Of the 16 state senate candidates, 13 won, two lost, and one race was not yet determined.
The largest field of LGBT candidates ran in California (12), followed by Texas (10), Ohio (eight), and Georgia and Washington (six each).

Other key races
Massachusetts lesbian Attorney General Maura Healey coasted to re-election victory Tuesday night, winning 71 percent of the vote and fueling expectations that she will make a bid for governor in 2022. As a newcomer in 2014, she won with 62 percent of the vote.