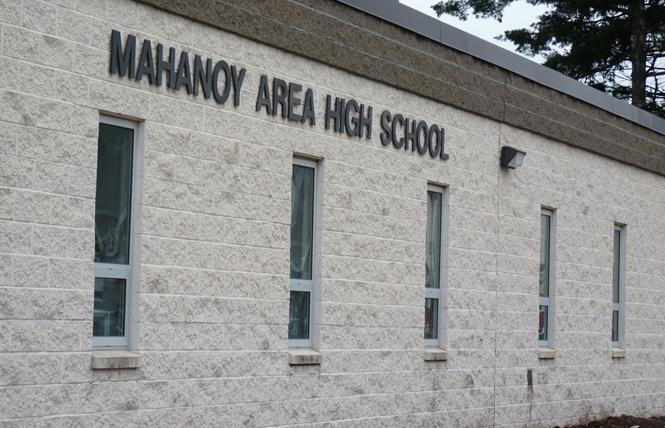 In an 8-1 decision, the U.S. Supreme Court ruled June 23 that a public high school violated a student's First Amendment right to free speech when it suspended the student for posting an angry post on social media after school and off campus.

But the court expressed support for schools needing to have some control over off-campus speech in order to prevent "serious or severe bullying or harassment targeting particular individuals...."

LGBTQ groups took opposite sides in the case, Mahanoy v. Levy, saying it could have important implications for LGBTQ students, even though the case had no LGBTQ-specific facts.

The majority opinion upheld the lower courts' decisions, saying the school violated student Brandi Levy's First Amendment right to free speech. The Mahanoy Area High School had argued that it needed to penalize the student because "schools face hard calls about how to address such off-campus speech," including instances of where students use social media to harass other students and teachers. It said, "schools have exercised authority to discipline speech that disrupts the campus or harms other students, whether that speech originates on campus or off."

Several pro-LGBTQ groups, including those fighting the bullying of queer students, noted in a brief to the Supreme Court that a study found that more than 80% of LGBTQ youth reported being bullied or harassed at school. They said, "there must be a clear and unmistakable pronouncement that school officials may take reasonable measures to curtail peer bullying that negatively impacts students' ability to access their education, wherever and in whatever form it takes place."

But a brief submitted by Lambda Legal Defense and Education Fund, Equality California, GLBTQ Legal Advocates & Defenders, the Human Rights Campaign, National Center for Lesbian Rights, and more than two-dozen other groups, sided with the student. They pointed to studies that show that historically marginalized groups — such as LGBTQ students — "are more likely to receive unwarranted school discipline" for their off-campus speech. The lower courts had relied on a landmark U.S. Supreme Court decision — Tinker v. Des Moines — which held that students have a right to freedom of speech unless a school can prove that the students' actions or speech would "substantially interfere" with school operations.

Justice Stephen Breyer, writing for the majority, walked a line between the two points of view.

"We have made clear that students do not 'shed their constitutional rights to freedom of speech or expression,' even 'at the school house gate' ... But we have also made clear that courts must apply the First Amendment 'in light of the special characteristics of the school environment.'"

Breyer said the majority of the court's members "do not believe the special characteristics that give schools additional license to regulate student speech always disappear when a school regulates speech that takes place off campus."

"The school's regulatory interests remain significant in some off-campus circumstances," wrote Breyer. "The parties' briefs, and those of amici, list several types of off-campus behavior that may call for school regulation. These include serious or severe bullying or harassment targeting particular individuals; threats aimed at teachers or other students; ... and breaches of school security devices, including material maintained within school computers."

Breyer noted there were "many different kinds of off-campus speech," that "may call for First Amendment leeway," such as "a student's unpopular expression" or the involvement of "political or religious speech." Given these complications, he said, means "the leeway the First Amendment grants to schools in light of their special characteristics is diminished."

"We leave for future cases to decide where, when, and how these features mean the speaker's off-campus location will make the critical difference."

Justice Clarence Thomas dissented, saying the majority opinion was too vague, saying it allowed "schools can regulate speech less often when that speech occurs off campus," but "'leaves for future cases' the job of developing" a more enduring rule.

The U.S. Supreme Court ruled in favor of a teen who posted an angry message on social media off-campus and was suspended from Mahanoy Area High School.

US Supreme Court declines review of florist who discriminated against gay couple
Sign up!