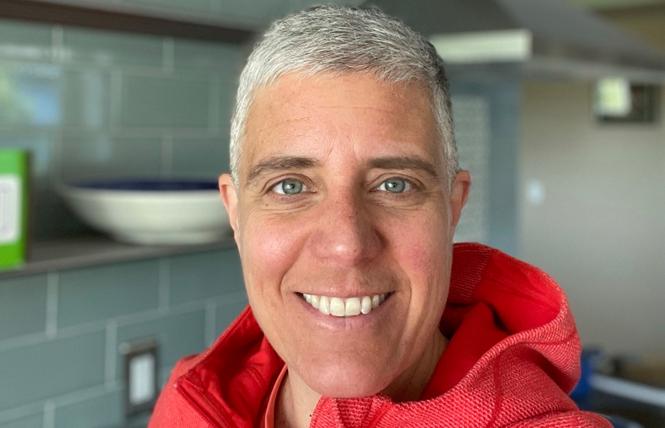 Openhouse, the nonprofit provider of LGBTQ senior services in San Francisco, has tapped housing expert Kathleen Sullivan, Ph.D., to be its new executive director. The Portland, Oregon resident will be relocating to the city with her wife in order to start in the position July 19.

Sullivan, 55, brings a wealth of experience in both LGBTQ political campaigns and affordable housing for LGBTQ older adults to the job. A lesbian, she spent years working to defeat anti-LGBTQ ballot measures, first in Oregon then as a consultant to groups fighting against similar attacks on LGBTQ rights in other states during the early 2000s.

Most recently she has been working on intergenerational housing developments in Oregon. Wanting to return to focusing on the LGBTQ community, Sullivan jumped at the chance to apply for the Openhouse position. Earlier this year Karyn Skultety, Ph.D., who is bisexual, announced she would step down as executive director May 31 in order to help care for her aging family members in Denver.

"This was an unexpected, wonderful opportunity that came my way. I had to put my hat in the ring and say I would love to do this," Sullivan told the Bay Area Reporter Wednesday during a phone interview prior to checking out an apartment for rent in San Francisco.

She praised Skultety for her leadership of the agency, which doubled its staffing during her tenure and opened its new offices and affordable senior housing development on Laguna Street.

"She has left it in amazing shape, so I am vey grateful for that," said Sullivan. "It is like a dream come true. It is really an opportunity to work again to develop LGBTQ senior housing programs and services, which is exactly what I wanted to do."

Sullivan is joining the agency as it works with longtime partner Mercy Housing to design and construct a new affordable housing project with upward of 130 residential units that is welcoming to LGBTQ seniors. Located at 1939 Market Street, the city-owned site is a block away from the 119-unit development the two agencies built on Laguna Street that houses a majority of LGBTQ older adults.

"We are delighted and fortunate to find someone with Kathleen's direct experience, proven expertise, and deep passion in the area of affordable housing and services for LGBT elders," stated Tim Sweeney, a gay man whose two years as co-chair of Openhouse's board of directors will end July 1. "Given her background of advocacy, management, coalition building, and fundraising, we know she is immensely capable of leading the Openhouse community as we step into this next phase of our development."

In the mid-1990s Sullivan spent a summer living in the city's Hayes Valley neighborhood while working for an environmental group overseeing its offices in the Bay Area, Hawaii, and Utah. Born in New Jersey and raised in Connecticut, she had relocated from Ohio to the West Coast after being transferred by her employer to its Seattle office in 1991.

By the end of the decade she decided to pivot her focus toward political causes. In 2000 she managed the campaign that defeated Oregon's Measure 9, which would have prohibited the state's public schools from "encouraging, promoting, sanctioning or instructing on homosexual or bisexual behaviors."

"I was tired of working in the environmental community. Back then it was still pretty homophobic and definitely sexist," she recalled. "I decided to do something different."

Following the Measure 9 campaign, the abortion rights group NARAL hired her as its executive director in Oregon, where she stayed for several years. In 2004 Sullivan decided to enroll at Portland State University, where in 2011 Sullivan earned a doctor of philosophy in urban studies and planning. Working with the school's Institute of Aging, Sullivan had studied LGBTQ senior housing developments across the West, with sites in Oakland, Santa Fe, and Los Angeles.

No more hiding
An encounter with an elderly gay man who feared having to go back into the closet if he had to move into a long-term care facility had inspired Sullivan to focus on the needs of aging LGBTQ adults. It quickly became clear to her the growing need for LGBTQ-affirmative senior housing that was also affordable.

"It was just devastating to think at the end of his life, he would have to go back to the closet. What a terrible way to end your life, hiding yourself because that is the only way you can feel safe," Sullivan recalled of her conversation with the man. "I went to school to study what kind of housing we can develop for older LGBTQ adults where they could be safe and be out."

Upon graduating Sullivan landed a job with the Los Angeles LGBT Center as director of its senior services department. During her tenure the nonprofit merged with Gay and Lesbian Elder Housing, which built the 104-unit Triangle Square LGBT senior housing project in Hollywood. When it opened in 2007 it was the nation's first affordable housing development of private, individual apartments for LGBT elders.

After departing the Southern California agency at the end of 2015, the following year Sullivan spent much of 2016 as executive director of Generations with Pride, a nonprofit developer of affordable housing for LGBTQ adults in Seattle. She then worked as a consultant for several years until being hired last year as a regional director of EngAGE in Portland. The agency partners with developers of affordable housing communities for all ages and has helped bring 1,100 new units of intergenerational affordable housing to the Portland metro area and rural Oregon.

She told the B.A.R. she was still finalizing her salary with Openhouse but that it would be similar to Skultety's. According to the nonprofit's tax forms for 2019, her salary was $157,000, while Openhouse had revenues close to $3 million.

In addition to working with Mercy Housing to design and build San Francisco's third building of affordable senior housing aimed at LGBTQ older adults, Sullivan will help oversee the public opening of the $5 million community center Openhouse built at its Laguna Street campus. Delayed by construction issues then the COVID pandemic, it should be unveiled by this fall and will house the Community Day Services program Openhouse created in partnership with fellow senior service agency, On Lok.

It is the nation's first community-based adult day program co-designed for and with the LGBTQ+ community. Sullivan will also oversee the resumption of Openhouse's other services and programs as the city emerges from the pandemic and allows various in-person activities to resume.

And she intends to examine what possibilities there are in San Francisco to construct intergenerational housing that includes units for both LGBTQ seniors and youth. The Los Angeles LGBT Center in April opened up a 25-unit supportive housing development for youth ages 24 and under across the street from its Anita May Rosenstein Campus that includes 99 units of affordable housing for seniors.

"It would be really interesting to see whether or not it is possible to do a project with both youth and senior housing," said Sullivan. "The challenge is often around the funding buckets."

She also wants to ensure transgender older adults and other marginalized seniors in the LGBTQ community receive the services they need as they age in the city.

"I am so grateful for all the LGBTQ folks who came before me and really helped to lay the foundation," said Sullivan. "There is still a lot of work to do in the community. Clearly, there are folks within our community that still are highly marginalized and don't get access to services. So many barriers to them are put up; we just need to dismantle those.

"That is the mission of Openhouse," she continued. "I am excited to join the staff on working on those issues."

But first Sullivan and her partner, educator Rebecca Levison, 51, need to sell their home in Oregon and find a place to live in San Francisco. A former president of the Portland Teachers Association union, Levison is currently the associate director for faculty development at the University of Southern California and plans to continue working remotely for the time being.