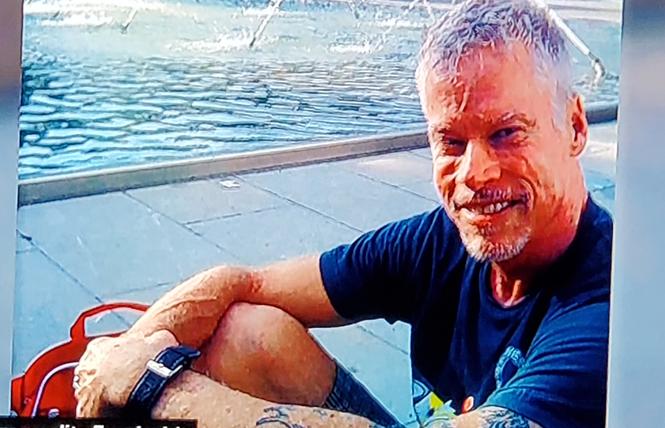 Oaklawn, Dallas, 1984. Back then, I stopped into the Crossroads Market about once a week to pick up the latest issue of the New York Native, a gay political newsprint magazine where I could get the very latest information about AIDS. I detached a copy of the March 14 issue from a tied bundle on the shelf and saw the blazing front-page headline: "1,112 and Counting," by Larry Kramer. I stopped in the middle of the aisle where gay magazines from around the world were stocked and read the first sentence that seemed to scream out from the page: "If this article doesn't scare the shit out of you, we're in real trouble. If this article doesn't rouse you to anger, fury, rage, and action, gay men may have no future on this earth. Our continued existence depends on just how angry you can get."

I knew of Kramer's rhetorical fireworks when I lived in New York City prior to moving to West Hollywood for a short spell. Forty years ago, in June 1981, I landed in Dallas as the first report of AIDS was released by the federal Centers for Disease Control and Prevention in its Morbidity and Mortality Weekly Report. As I read over the rest of the essay that day at the Crossroads Market, I instinctually knew I needed to sound an alarm. So I wrote a letter to the editor of This Week in Texas, a statewide gay entertainment publication where I could share Kramer's powerful essay about AIDS. The Texas gay community had little political power then, confronted with formidable conservative pressure. If there was ever a time for mobilization it was at that time. In only a few months, HIV was discovered as the cause of AIDS. By the end of 1986, 1,292 people — about half of the number of U.S. AIDS cases — had died.

I mention this story to tell of my first attempt at AIDS activism, which was about 38 years ago, still five years before I tested HIV-positive. As of this 40th anniversary of the first cases of AIDS, I have not stopped my fight with HIV. Early on I was faced with a life-changing choice, I knew no other recourse than to stay active and learn all I could about HIV science, advocate for myself, and survive. Now, I believe I'm able to assess the lessons I've learned through not one, but two pandemics to guide me into a future I never dreamed was possible.

Our community has suffered a great deal with HIV and COVID-19. While the globe still struggles with both pandemics, we are witnessing the incredible effectiveness of the COVID vaccines such that in short order have slowed the infection rate, and ending the tragic sickness and death from which the world is still grieving. COVID affected everyone's psyche, everything was interrupted or stopped. I don't think it will be long until society corrects itself, and our economy builds back. And I'm personally optimistic about the COVID pandemic because dammit — HIV/AIDS IS NOT OVER. After 40 years, despite eventual medical advances to treat and prevent HIV with antiretroviral drugs, developed, rich parts of the globe are able to maintain the disease. Without an effective vaccine the HIV spigot has a tragic leak. As long as maintenance of HIV in rich countries is accepted and allowed as the only strategy, the HIV pandemic has not ended.

And so the HIV community and all the stakeholders, allies, and impacted populations must come together to take advantage of this post-COVID period that is already exploding with technological advances in many areas that will change the world as we know it. Already we see shifts in the innovation, development, and implementation in the environmental field. The search for an HIV cure is ongoing despite what you hear from scam artists in social media and the internet. Gene editing is a field that is burgeoning, and the average person most likely doesn't know there are at least a half-dozen FDA gene-editing products now approved.

On this 40th year mark of the first reported AIDS cases, everyone can agree on an end to HIV. There is plenty of spoken hope and commitment to go around. Yet the collective HIV community has a pandemic-changing choice to make. Until we use our power to DEMAND an end we'll maintain HIV until the next pandemic strikes.

Matt Sharp is an independent HIV education and advocacy consultant.

Guest Opinion: Being out at Wells Fargo
Sign up!