Guest Opinion: 'One of the men who fought the war': Life as an AIDS casualty 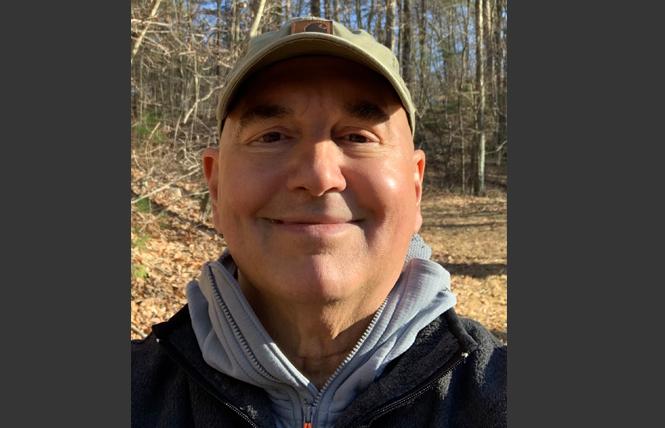 Like every gay man paying attention at the time, I heard about the "new disease" afflicting gay men not long after it was first reported in 1981. I was 22 at the time, living in Boston, barely out of the closet, and newly sexually active.

The AIDS epidemic became personal for me in early 1985, when two of my friends — one of them 26, the other 30 — died from the illness. By then I was living in the Boystown neighborhood of downtown Chicago, working on a master's degree in journalism at Northwestern University.

In those pre-internet years, I gorged on multiple daily newspapers and magazines. I was very aware of the fear and stigma that HIV/AIDS was raising across the country and the world. Now it was real in my own life.

I wondered how I could contribute toward the efforts to address the growing pandemic. I felt I should honor my friends' memory with some kind of action, not merely feel sad. It became clear the best thing I could do was to use my journalistic skills to bring the epidemic to life for those who weren't yet personally affected.

My first feature articles on the epidemic, in 1986, focused on the bereavement of gay men whose partners had died from AIDS. Before the epidemic, gay men's grief wasn't a subject anyone took seriously, including gay men.

By 1994, I felt I'd observed, reported, witnessed, and suffered enough from my personal losses to write a book. I interviewed hundreds of men and women across the United States, including activists, doctors, political leaders, scientists, and volunteers caring for sick and dying gay men. "Victory Deferred: How AIDS Changed Gay Life in America," published in 1999, was the result.

I was grateful in 2005 to be immersed in documenting the pandemic's history when, to my astonishment, my doctor called to tell me I had tested HIV-positive. I had no warning, no early symptoms, yet I had to start taking medication right away because the virus already had seriously damaged my immune system.

After so many years of telling others' HIV stories, I had to figure out how to tell my own story. What would living with HIV/AIDS look like, and mean, for me?

I knew about the gay men from New York and San Francisco who met together in Denver in June 1983, and crafted what they called the Denver Principles, a statement of personal and collective empowerment by which they put the world — and their own medical care providers — on notice that they were not about to lay down passively and die. "We are 'people with AIDS,'" they insisted, not "AIDS victims." Not patients. People foremost, medical diagnosis secondary.

Unlike them, however, I have had the good fortune never to have experienced HIV-related illness in the 15-plus years since my diagnosis. Medication keeps the virus at an undetectable level and my immune system within a healthy range. I am profoundly grateful to have the chance to be 62 years old, when too many of my brothers and beaux never got the chance.

Looking back on these four decades, I can't help but feel tremendous loss and sorrow when I remember my fallen friends and colleagues, the terrible impact the pandemic has had on my community, and how it has scarred me.

At the same time, I am proud to belong to a community, a people, who demonstrated — in our tremendous outpouring of creativity, money, outrage, and volunteerism — what love looks like when it is practiced, and not merely preached.

My personal history, and HIV/AIDS history, have coincided since that fateful summer of 1981, when, at 22 years old, I finally accepted my sexuality — just as HIV began to strike down gay men.

I never could have known back then the terrible suffering about to unfold, or that it would still be continuing after 40 years. Likewise I had no clue as to the amazing acts of courage and heroism I was going to witness and report as a journalist.

Larry Kramer in his 1985 play "The Normal Heart," about the earliest years of the HIV/AIDS epidemic and the formation of Gay Men's Health Crisis, said, "That's how I want to be defined: as one of the men who fought the war."

Four decades since it began, I am also proud to be one of the men who fought the war, who stepped past his own fear and sorrow to pitch in when it mattered.

John-Manuel Andriote has reported on HIV/AIDS as a journalist since 1986. Kirkus Reviews called his book, "Victory Deferred: How AIDS Changed Gay Life in America," "The most important AIDS chronicle since Randy Shilts' 'And the Band Played On.'" Andriote's most recent book, which he calls a bookend for "Victory Deferred," is "Stonewall Strong: Gay Men's Heroic Fight for Resilience, Good Health, and a Strong Community." The research materials and recorded interviews for "Victory Deferred" comprise a special collection curated by the Smithsonian's National Museum of American History in Washington, D.C.