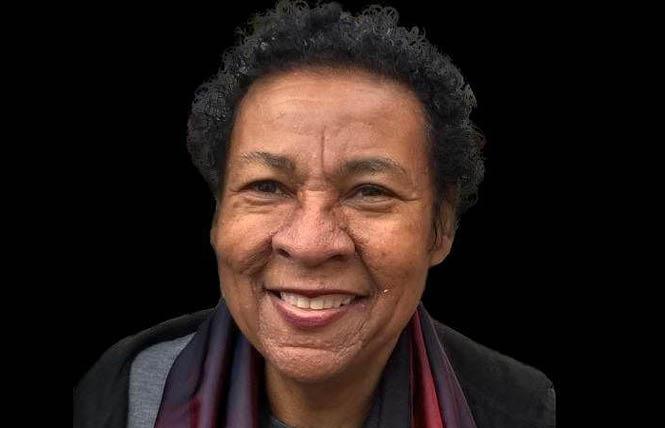 Queer feminist author bell hooks died December 15 at her home in Brea, Kentucky, according to a report in the Lexington Herald. She was 69.

Her sister Gwenda Motley said the cause was end-stage renal cancer, the New York Times reported.

Ms. hooks, who insisted on using all lowercase letters in her name, wrote about intersectionality long before many others, the Advocate noted in its obituary.

She once described her identity as "queer-pas-gay," the magazine noted. She was critical, however, of those who viewed racism and homophobia as the same. "White people, gay and straight, could show greater understanding of the impact of racial oppression on people of color by not attempting to make these oppressions synonymous, but rather by showing the ways they are linked and yet differ," she wrote in 1999's "Talking Back: Thinking Feminist, Thinking Black."

Her influential book, "Ain't I a Woman: Black Women and Feminism," was published in 1981.

The Times wrote that Ms. hooks "called for a new form of feminism, one that recognized differences and inequalities among women as a way of creating a new, more inclusive movement — one that, she later said, had largely been achieved."

Frequently, Ms. hooks' work addressed the deep intersections of race, gender, class, sexuality, and geographic place, NPR reported. She wrote about her native Appalachia and growing up there as a Black girl in the critical essay collection "Belonging: A Culture of Place" and in the poetry collection "Appalachian Elegy: Poetry and Place."

Ms. hooks appeared on stage with trans actor Laverne Cox in 2014. Cox posted on Instagram that she couldn't believe she shared the stage "with my feminist idol, #bellhooks."

Michael Nguyen, chair of the Bay Area-based GLBTQ+ Asian Pacific Islander Alliance, noted in a tribute to Ms. hooks he posted on Facebook Wednesday, which was his birthday, that her commencement speech at his alma mater, Southwestern University, upset a number of people in the audience.

"She implored the graduates to live as their lives by embracing the reality that we are all going to die. By embracing that truth, you should live your lives to the fullest. I think people got upset cause people don't like to think about death, but I find it to be a very motivating idea," he wrote. "I have thought a lot about it as I turned 40 today, knowing some of my friends never reached this age, dying young. Thinking deeply about what I still want to accomplish, how I will do it, why I want to do it, I have realized that bell hooks's words still inspire me today."

The Castro LGBTQ Cultural District also posted a memorial to its Facebook page for both Ms. hooks and Blackberri, an Oakland-based singer-songwriter and AIDS activist who died December 13. The organization wrote it "mourns the loss of two queer black leaders in our work dismantling racism, misogyny, and homophobia."

It noted that Ms. hooks "served as a brilliant queer black feminist who paved the way for many of us in activism and cultural production."

Berea College, which established the bell hooks center, issued a statement on her passing.

"Berea College is deeply saddened about the death of bell hooks, distinguished professor in residence in Appalachian studies, prodigious author, public intellectual, and one of the country's foremost feminist scholars," the college stated.

In 2017, Ms. hooks dedicated her papers to Berea College, ensuring that future generations of Bereans will know her work and the impact she had on the intersections of race, gender, place, class and sexuality, the school stated.

The following year, she was inducted into the Kentucky Writers Hall of Fame. Her selection elicited this tribute: "bell hooks is one of the most influential cultural critics of our time," said Neil Chethik, executive director of the Carnegie Center for Literacy and Learning. "She has built a worldwide readership over 40 years with unique insights on such topics as love, race and power."

The bell hooks center describes itself as an inclusive space where historically underrepresented students can come to be as they are, outside of the social scripts that circumscribe their living.

"Our work is motivated by bell hooks' famous insights that 'patriarchy has no gender' and that, therefore, 'feminism is for everybody,'" its website states.

Born Gloria Jean Watkins in Hopkinsville, Kentucky on September 25, 1952, she adopted the pen name "bell hooks" from her maternal great-grandmother, Bell Blair Hooks, according to the college.

Ms. hooks had Bay Area ties. She taught at several colleges in the 1980s and 1990s, including UC Santa Cruz and San Francisco State University, according to the school. At SF State, she taught in the Women's and Gender Studies Department, which was one of the first in the country. She obtained a bachelor's degree in English from Stanford University in 1973 and her master's degree from the University of Wisconsin-Madison in 1976. She received a doctorate in English from UC Santa Cruz in 1987.