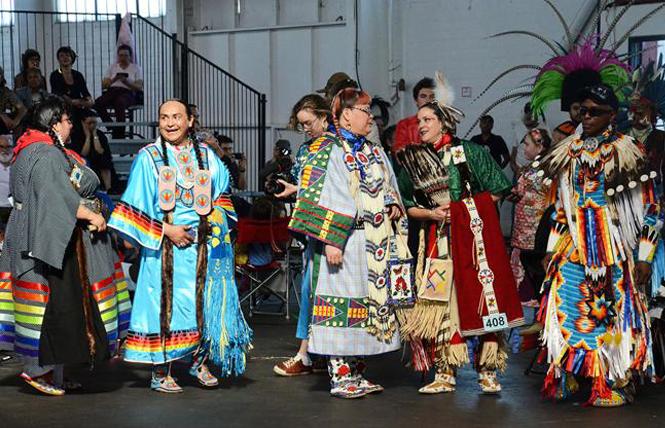 Bay Area American Indian Two-Spirits will celebrate its 10th annual powwow with a week of virtual events, allowing many more people to help commemorate the milestone.

BAAITS, a volunteer-based organization, established the first and largest public two-spirit powwow in the world.

This year's events take place February 2-6, culminating with the Grand Entry on the last day from noon to 4 p.m. Pacific Time.

A powwow is a traditional Native American event that gathers all tribes, as well as invites non-Native guests to learn more about Native cultures. Last year, the event welcomed more than 5,000 people at Fort Mason Center in San Francisco. Because of COVID-19 restrictions, BAAITS will hold the powwow online this year, according to a news release. It will include daily panels and workshops.

Two-spirit is a Native American term for people with both female and male energies. Two spirits may (or may not) also identify as LGBTQ. Traditionally two-spirit people often held — and many still hold — honored positions in their Native American and First Nations communities.

"This is a space for all of us to gather respectfully and celebrate our traditions," Vigil stated. "By centering the voice of two spirit leadership and vision we honor all those who made it possible for us to be here. Whoever you are and wherever your roots originate, come with kindness, curiosity, and humility and you will enjoy the company of like-minded, connected people as we celebrate traditions of music, art, togetherness, and the practice of collective healing through artistic and cultural expression."

The powwow begins Tuesday, February 2, with a welcome opening from noon to 2 p.m., followed by a Two-Spirit Futurism panel from 5 to 7. On February 3, the noon event has not yet been announced; the evening event, from 5 to 8, is SNAG Night, a virtual two-spirit mixer with host Snowflake Calvert (Tseltal Mayan and Yoeme). Thursday events include a talking circle at noon, and film shorts and a literary reading night at 5 hosted by Vigil in partnership with Queer Women of Color Media Arts Project.

Friday, February 5, there will be a Native foods cooking demonstration with Annie Dittmer (Ho-Chunk) and Esteban Orozco (Wixarika) from noon to 3 p.m., immediately followed by a conversation on self-care. The evening program will feature a hand drum contest from 5 to 7.

The main powwow on Saturday will include ceremonial honor dances, contest dances, and a drum contest.

All events are free, though donations will be accepted. Interested people should visit http://www.baaits.org/powwow for updated Zoom links and more information. The powwow is a family-friendly, clean and sober event.

San Francisco is currently in Phase 1a of vaccine administration because of limited vaccine supply, which designates the shots for individuals providing direct health care and those supporting onsite health care. As guidance changes, SFAF will modify its vaccination efforts, a January 26 news release stated.

"Once SFDPH approves vaccine administration to broader groups, we will be supporting efforts to provide vaccination for community members, prioritizing people experiencing homelessness, people who use drugs, and BIPOC individuals," stated Janessa Broussard, NP, vice president of medical affairs at SFAF, referring to the San Francisco Department of Public Health.

Joe Hollendoner, CEO of SFAF, stated that the agency has been on the front lines throughout the pandemic.

"Our staff haven't missed a day of service since the pandemic began," he stated. "Today's announcement means that COVID-19 won't slow us down now." 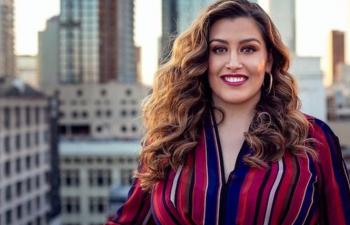 She joins Horizons with over 15 years of experience in the nonprofit sector, primarily in development. Her fundraising experience spans multiple causes, including civil liberties, the arts, higher education, domestic violence, and gender equity. Most recently, she served as development director of Gender Spectrum, a Bay Area nonprofit that works to create gender-inclusive environments for youth across the country.

Horizons declined to make Lopez's salary available. According to the agency's 2018 IRS Form 990, the latest available, a person with the title of director of philanthropic services earned about $100,000. Horizons has a budget of about $34 million. 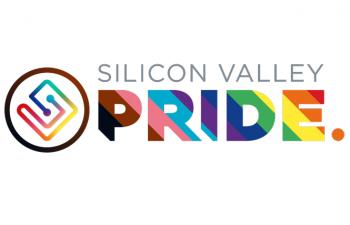 "We want to have a modern look in its logo while paying homage to the Progress flag as the current sign of the LGBTQ+ community," Saldy Suriben, the chief marketing officer for Silicon Valley Pride and a member of its board of directors, stated in a news release.

Suriben stated to the B.A.R. that the new logo was designed with his guidance by Stew Calladine, a graphic designer in the United Kingdom, and was recently approved by the board of directors.

As the B.A.R. previously reported, newer Pride flags intending to be more representative of the queer community's diversity — including the Progress flag designed by Daniel Quasar in 2018 — have been gaining traction in cities across the state and country.

The Progress flag itself utilizes the colors of the transgender flag and the Philadelphia Pride flag, created in 2017.

Silicon Valley Pride explicitly stated in its release that the new logo is part of "its efforts to embrace diversity, resilience, and intersectionality within the LGBTQ+ community."

The Silicon Valley Pride organization is responsible for the annual celebration that, until 2020, took place in downtown San Jose in August. As the B.A.R. previously reported, that celebration went virtual last year due to the COVID-19 pandemic.