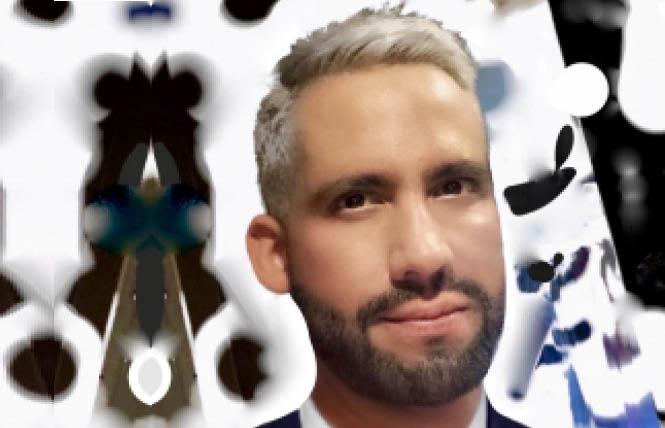 A new center has been launched to promote the health of LGBTQ community members, the UCLA Fielding School of Public Health announced early December 17.

The UCLA Center for LGBTQ Advocacy, Research and Health, or C-LARAH, will seek to "promote the health of sexual and gender minorities through research and partnerships with the LGBTQ community, community-based organizations, public health officials and policymakers in Los Angeles and beyond," according to a UCLA news release that was provided to the Bay Area Reporter on an embargo.

The center will be headed by Matthew Mimiaga, a gay man who's an epidemiology professor and has worked on research projects spanning four continents. He has been studying the intersection of LGBTQ health and HIV since 1998. Mimiaga had heretofore been at Harvard University in Massachusetts and Brown University in Rhode Island, moving his work from the Ocean State to UCLA a few months back.

"I'm really excited and look forward to starting. This is a huge opportunity," Mimiaga told the B.A.R. in a December 16 phone interview. "I recognize the faith that UCLA has put in me."

Mimiaga has close ties to leading LGBTQ organizations in Los Angeles and nationwide, and with LA being home to one of the world's largest LGBTQ populations, C-LARAH is well-suited to join with nonprofits, the release noted.

"I'm an HIV researcher by training, primarily and through my work with HIV I've worked with sexual and gender minorities, and we know there's a health disparity — as a result of overlapping factors — placing LGBTQ individuals at higher risk for mental health problems, infectious diseases, discrimination and violence," he said. "So part of me joining UCLA was in that I saw there was a need for this in the department to train the next generation and provide research opportunities."

The center will seek to implement strategies to address LGBTQ people's physical and mental health needs, in partnerships with other organizations such as the Trevor Project, a West Hollywood-based nonprofit focusing on LGBTQ suicide prevention efforts. The center seeks to utilize the research and resources brought by the Trevor Project, among others.

"I'm excited for the UCLA Center for LGBTQ Advocacy, Research and Health to open its doors and help shape policies that directly impact the lives of LGBTQ young people," Amit Paley, the CEO and executive director of the Trevor Project, stated in the UCLA release. "Limited LGBTQ-inclusive research, plus the lack of systematic data collection on LGBTQ communities, can make it even more difficult to address the unique mental health challenges of LGBTQ youth and the obstacles to care that they face.

"The Trevor Project recognizes a clear need for greater investment in advocacy and research that can better inform public policies that support the needs of LGBTQ youth. We look forward to working with the center to educate policymakers, advocate for LGBTQ youth, and provide unique insight into their mental health," Paley continued.

The UCLA center will provide training and partnership opportunities for graduate students and postdoctoral fellows after it establishes the fellowship program and a certificate program in LGBTQ health.

Mimiaga said that the center will be primarily funded through two research grants through the National Institutes of Health that he is planning to apply for, and then after that "hopefully, eventually, there will be philanthropic support."

He plans to bring on "probably two post-docs" every year, who will hopefully transition to faculty positions.

"For reasons that include historic and continuing discrimination and stigma, the LGBTQ population experiences unacceptable — and in many cases preventable — disparities in the physical and mental health compared with the overall population," Brookmeyer stated. "The UCLA Center for LGBTQ Advocacy, Research & Health will provide much-needed research, training, and policy support that can contribute to reducing or eliminating these disparities."

While the center will be broadly addressing disparities, Mimiaga plans specifically to track "the interaction of sexual health, mental health and substance addiction and designing interventions that can reduce the risk for HIV infection and other sexually transmitted infections."

As the B.A.R. has previously reported (https://www.ebar.com/news/news//282810), these issues constitute a syndemic, or multiple overlapping epidemics, affecting LGBTQs.

Mimiaga will also be co-leading the Multicenter AIDS Cohort Study, or MACS, which has enrolled 7,000 gay and bisexual men since 1984.