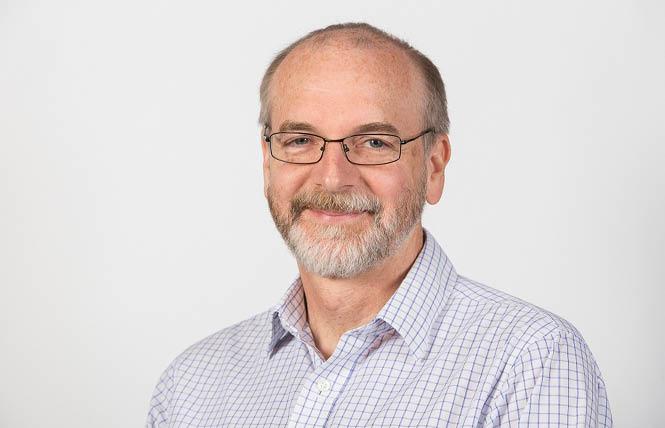 Four experimental coronavirus vaccines have shown promise in early-stage clinical trials, setting the stage for larger studies — which began for two of them Monday — to see if they can prevent infection and lower the risk of COVID-19 in the real world.

All four vaccines triggered both antibody production and T-cell responses to the new virus, officially known as SARS-CoV-2. But experts caution that it is too soon to say whether they will lead to long-lasting immunity. Some recent studies suggest that antibodies against the virus may not last very long, but T-cell immunity could prove more durable.

Speaking at the recent International AIDS Conference, National Institute of Allergy and Infectious Diseases director Dr. Anthony Fauci said he predicts that at least one vaccine could be available by the end of 2020 or the beginning of 2021, and that the chances of success are improved by "taking multiple shots on goal."

mRNA vaccines
Two of the experimental vaccines use messenger RNA (mRNA) technology. These vaccines use nanoparticles to deliver genetic sequences encoding the SARS-CoV-2 spike protein, which the virus uses to bind to human cells. Cells can then display these proteins to trigger an immune response.

The vaccine candidate mRNA-1273 is being jointly developed by researchers at NIAID and the biotechnology company Moderna, based in Cambridge, Massachusetts. Scientists were already working on experimental vaccines for related coronaviruses, so they were able to quickly pivot to target SARS-CoV-2. But to date, no mRNA vaccines have yet been approved for any disease.

A phase 1 clinical trial of the vaccine enrolled 45 people in Seattle and Atlanta. They received two injections of one of three different doses administered in the upper arm about a month apart. Study results were published this month in the New England Journal of Medicine.

Fewer than half of the volunteers produced neutralizing antibodies — the type that disable the virus — after the first injection, but everyone did so after the second shot. Antibody levels in the blood were similar to those seen in people who have recovered from COVID-19. The vaccine also stimulated T-cell immune responses. Participants will be followed for a year to see how long these responses last.

A phase 3 clinical trial of the vaccine, which started this week, aims to enroll 30,000 volunteers at 89 study sites across the United States.

A vaccine being developed by Pfizer and the German company BioNTech uses a similar approach. Four versions are being tested in phase 1/2 trials.

The companies recently announced early findings for the most advanced candidate, known as BNT162b1. Here, too, 45 volunteers in the U.S. received different doses of the vaccine given as an initial injection followed by a booster shot three weeks later.

A week after receiving the second injection, all 24 participants who received the low or intermediate dose developed neutralizing antibodies. A related study in Germany found that the vaccine triggered CD4 "helper" and CD8 "killer" T-cell responses in most of the volunteers.

The companies will test the selected vaccine candidate, dubbed BNT162b2, in a large global trial that also started this week. The study will enroll 30,000 volunteers and will include sites in 39 states.

Adenovirus vaccines
Two other vaccine candidates use a weakened adenovirus — similar to viruses that cause the common cold — as a vector to deliver SARS-CoV-2 spike genes.

A vaccine being developed by researchers at the University of Oxford and AstraZeneca, dubbed AZD1222 or ChAdOx1 nCoV-19, uses a chimpanzee adenovirus vector.

This vaccine was studied in a phase 1/2 trial that enrolled 1,077 volunteers in the United Kingdom. Most received a single injection, but a small subgroup of 10 people received a booster shot about a month later. Results were published this month in The Lancet.

Most people (91%) showed neutralizing antibody responses a month after the first shot, as did all of those who received a booster dose. Here, too, neutralizing antibody levels were similar to those seen in recovered COVID-19 patients. In addition, all participants showed T-cell responses that lasted for the two months of follow-up so far in the ongoing trial.

"The immune system has two ways of finding and attacking pathogens — antibody and T- cell responses," lead study author Dr. Andrew Pollard of the University of Oxford explained in a news release. "This vaccine is intended to induce both, so it can attack the virus when it's circulating in the body, as well as attacking infected cells. We hope this means the immune system will remember the virus, so that our vaccine will protect people for an extended period. However, we need more research before we can confirm the vaccine effectively protects against SARS-CoV-2 infection, and for how long any protection lasts."

This vaccine is now being tested in phase 2/3 trials in the United Kingdom, Brazil, and South Africa, and one is expected to start soon in the United States. The company said future studies would evaluate whether two shots of the vaccine generate stronger immune responses than one.

Another vaccine candidate, being developed by the Chinese biotech company CanSino Biologics, uses a weakened form of the human common cold virus known as adenovirus 5.

A phase 2 trial enrolled 508 participants in Wuhan, the first epicenter of the COVID-19 pandemic. They were randomly assigned to receive a single intramuscular shot of a high or low dose of the vaccine or a placebo injection. Results were recently published in The Lancet.

In this study, 59% of volunteers in the high-dose group and 47% in the low-dose group produced neutralizing antibodies. The lower response rate was likely related to the fact that many study participants had pre-existing immunity to this adenovirus so it did not work so well as a vaccine vector. (The Oxford-AstraZeneca vaccine avoids this problem by using a chimpanzee version.) However, about 90% of participants in both dose groups developed T-cell responses, which occurred regardless of prior adenovirus immunity.

A phase 3 trial of this vaccine is now underway in the United Arab Emirates, and China has already approved it for use by its military.

Vaccine challenges ahead
All four vaccines were generally safe, but a majority of study volunteers experienced side effects. These included soreness at the injection site and flu-like symptoms such as fever, chills, fatigue, and muscle aches. These were usually mild or moderate and temporary. Such side effects indicate that the vaccine is successfully triggering an immune response, but they could discourage some people from getting vaccinated.

"[W]hen things are urgent, we must proceed cautiously," Dr. Naor Bar-Zeev and Dr. William Moss of the International Vaccine Access Center at Johns Hopkins Bloomberg School of Public Health wrote in an editorial accompanying the Lancet reports. "The success of COVID-19 vaccines hinges on community trust in vaccine sciences, which requires comprehensive and transparent evaluation of risk and honest communication of potential harms."

It will be important for the larger trials now getting underway to include more racial and ethnic diversity. Volunteers were mostly white in the early studies of the first three vaccines and Asian in the Chinese study. The trials will also need to enroll older people, who are at greatest risk for severe COVID-19 but may be slower to develop immune responses to a vaccine.

If one or more of the vaccines prove safe and effective in these larger studies, producing enough for global distribution will be a challenge, especially if they require more than one dose. And vaccine pricing and availability will be keys to their success. Scientists and advocates are demanding that COVID-19 vaccines must be made available to all who need them worldwide.

"If we just let drugs and vaccines go to the highest bidder instead of to the people and the places where they are most needed, we'll have a longer, more unjust, deadlier pandemic," Bill Gates said at the COVID-19 conference that followed AIDS 2020.