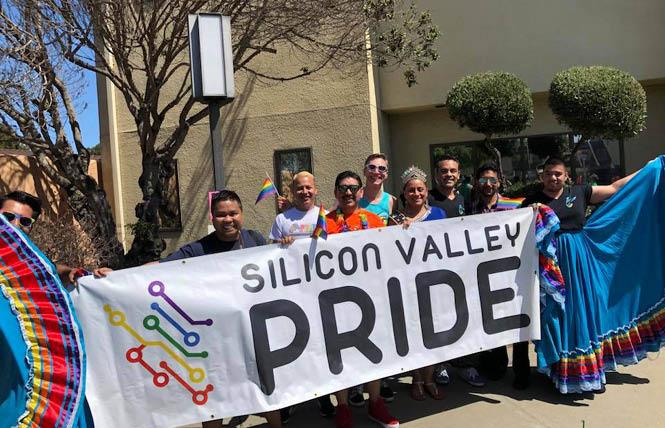 Silicon Valley Pride will be virtual this year because of the novel coronavirus. Photo: SF Fun Cheap

Silicon Valley Pride August 29-30 will be virtual this year due to the novel coronavirus outbreak, according to a Tuesday news release.

"By moving our in-person event online this year, we are aiming to ensure that our community will be able maintain our transition of bringing the Pride experience to the community in the safest way possible during the pandemic," the June 30 news release states.

The move comes one week to the day after Oakland Pride, which would have occurred September 13, announced it was moving into virtual space.

As the Bay Area Reporter previously reported, both Oakland and Silicon Valley prides had been waiting to see how the coronavirus outbreak would play out before deciding how to proceed going forward. Prides in San Francisco and other major cities made the decision to make their events virtual in April.

In the same release, Silicon Valley Pride, which is held in San Jose, announced that this year's theme for the two-day virtual event will be "Equality Rising."

People are being asked to create a one-minute video showing their Pride, the "most creative, most moving, most exciting, and most engaging" of which will be shown during the virtual events on August 30.

On August 29, there will be a QCommunity Stage "focusing on transgender, nonbinary, and queer communities followed by a night dance party." The same day there will be a "showcase for queer womxn in the community" hosted by Silicon Valley Pride's Hey Girl team.

Silicon Valley Pride is put on by the Gay Pride Celebration Committee of San Jose (GPCCSJ) Inc., and, according to the release, the largest such organization in Northern California, outside of San Francisco.

The committee will keep people apprised of any changes to the status of in-person events "depending on City of San Jose and Santa Clara County regulations," according to the release.