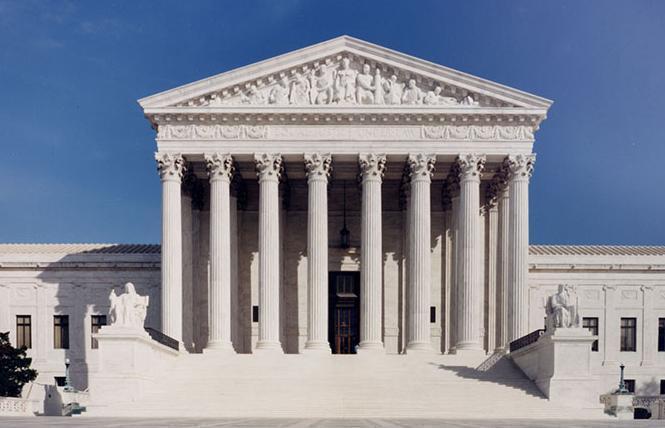 The conflict arose over a 2003 law that provides billions of dollars for combatting AIDS but only to groups that "explicitly oppose" prostitution and sex trafficking. AIDS groups opposed the requirement and, in 2013, the Supreme Court ruled that the requirement — as applied to groups based in the U.S. — does violate the First Amendment.

But this year's appeal is over whether the requirement can be pressed against foreign groups who get U.S. funding as affiliates of these U.S. groups.

AIDS groups have argued that it is best to maintain a neutral policy regarding prostitution in some foreign countries in order to gain compliance with AIDS prevention efforts.

In Agency for International Development v. Alliance for Open Society, a 5-3 majority ruled that it does not violate the First Amendment of the U.S. Constitution to require foreign entities receiving U.S. fund through U.S.-based groups to make a public statement denouncing sex trafficking and prostitution.

The June 29 majority opinion, written by Justice Brett Kavanaugh (a Donald Trump appointee), relied heavily on the result of a 1995 decision (Hurley v. Irish-American GLB) in which the court ruled that St. Patrick's Day parade organizers in Boston had a First Amendment right to ban an LGBT contingent because they had a right to choose with whom to affiliate.

Although the First Amendment prevents the 2003 law from requiring U.S.-based groups to issue a statement against prostitution, said Kavanaugh, "it is long settled as a matter of American constitutional law that foreign citizens outside U. S. territory do not possess rights under the U. S. Constitution.

Furthermore, wrote Kavanaugh, the approach of U.S. AIDS groups sharing federal funds with foreign affiliates "would put Congress in the untenable position of either cutting off certain funding programs altogether, or instead funding foreign organizations that may not align with U.S. values."

"We see no constitutional justification for the federal judiciary to interfere in that fashion with American foreign policy and American aid to foreign organizations," he wrote.

U.S. AIDS groups had argued that the Supreme Court's decision in the St. Patrick's Day parade case supported their right to affiliate with whatever groups they choose.

"But the constitutional issue in [Hurley]," said Kavanaugh, "arose because the state forced one speaker to host another speaker's speech." The AIDS groups in this case, he said, "are free to choose whether to affiliate with foreign organizations and are free to disclaim agreement with the foreign affiliates' required statement of policy."