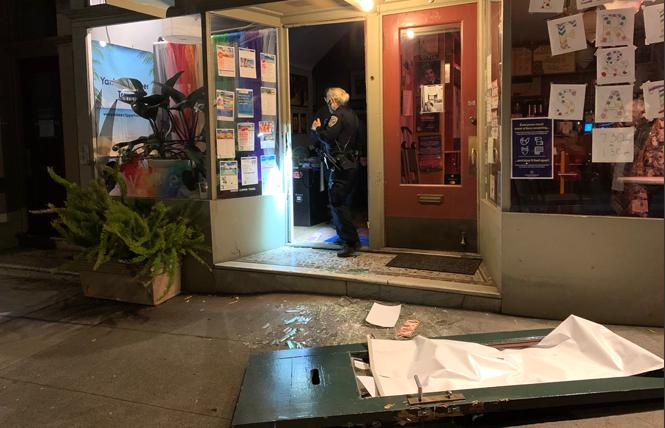 Police have made an arrest in the case of an alleged burglary in the Castro early Wednesday.

Police stated they responded to a report of a burglary on the 4100 block of 19th Street (between Collingwood and Castro streets) at 4:33 a.m. June 10.

"A witness reported that they observed an unknown male exit a business located on the 4100 block of 19th Street though a door that had been broken down," police spokesman Officer Adam Lobsinger stated to the Bay Area Reporter in an email. "Officers arrived on scene and determined that one business was broken into and an adjoining business sustained damage. Officers located and arrested the suspect on the 3900 block of 17th Street [between Hartford and Noe streets]."

The property allegedly broken into is Yankee Clipper Travel at 4115 19th Street.

Police stated that while an arrest has been made, the incident remains an open investigation. Anyone with information is asked to call the San Francisco Police Department 24-hour tip line at 1-415-575-4444. Callers can remain anonymous.